Cancer hole in the middle of her tongue …My previous blogs on this

BREAKING: Democrats Close to Replacing Hillary Clinton-Emergency Meeting to be Held-Who Will Be Their Choice? Reporter David Shuster posted to his Twitter feed on Sunday evening that operatives in the Democratic Party have told him an emergency meeting by the Democratic National Committee is being considered to replace presidential nominee.  Hillary Clinton on the heels of her case of pneumonia allegedly causing her to collapse Sunday morning at the 9-11 commemoration at the sight of the downed Twin Towers in New York City.

Some of the Republicans I have spoken with are hearing the same thing!

Congress is the ultimate decision maker with regard to a change the election date under Article II of the United States Constitution. Article II allows Congress to set dates for the selection of presidential electors and when the members of the electoral college will actually vote.

The election extension would be not be indefinite as Congress would face a drop dead December deadline because the U.S. Constitution’s 20th Amendment requires that all congressional terms expire Jan. 3 and presidential terms must expire, at the latest, on January 20th. Though it’s conceivable to split legislative and presidential elections, they generally happen at the same time. Now these dates are indeed predicated on a government that is following the rules and that assumption is indeed risky given the recent behaviors of President Obama, Attorney General Lynch, FBI Director Comey and of course the grand Queen of Crime, Hillary Clinton. It would not surprise me if Obama dictated terms through an executive order as he has illegally done so many times before.

There are a flood of recently discovered reasons of why Clinton becomes a threat to her globalists handlers (e.g. George Soros, David Rockefeller, Lord Rothschild)/ Every day that Clinton remains in the race, she becomes an increasing liability to the shadow global government. With each criminal revelation, Clinton further exposes the identities and the evil nature of her backers. In fact, it could be said that the Clinton Foundation revelations are the barometer of the depth of criminality which permeates the political career of Hillary Clinton.

Who Would Replace Clinton?

I spoke with four present and former Republican strategists along with one former Democratic staffer, who I thought might be in a position to know who Hillary’s replacement would be. Here were the results:

I think that #4 is the most interesting of these choices and I think the globalists have planned for this all along. Did you know that both Paul Ryan and Mitt Romney filed paperwork in January, with the FEC, to run for President in the 2016 election? 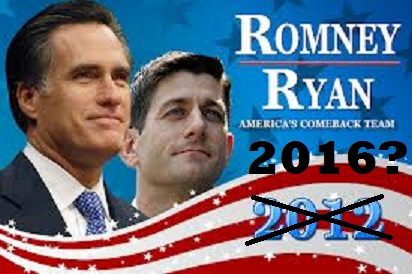 Both Mitt Romney and Paul Ryan, much to the detriment of the American people, are where they are at today because he was willing to ignore the following as if they did not exist:

Trump is on the record as opposing each and everyone of the above policies which are destroying America. Most Americans support Trump in this endeavor of putting America first and Making America Great Again! However, most of Congress is on the take and avail themselves to what should be illegal bribery through corporate campaign contributions. In order to keep the gravy train rolling, politicians, like Paul Ryan and Mitt Romney, are willing forsake their Constitutional oath and oppose Trump’s pro-Constitutional stand on these issues. In fact, Ryan is of such low moral character that he is even willing to destroy the GOP in order to preserve the criminal status quo, while he receives blood money from the corporations.

At the end of the day Paul Ryan, and formerly, Mitt Romney, are partnered with Obama in depriving Americans of their Constitutional liberties and standard of living. In fact, it can now be accurately said that the Speaker of the House supports Democrat and sociopath, Hillary Clinton, in her bid for President over the will of the rank and file of the GOP. Ryan’s support for Trump has been negligible at best!

Where’s the Proof Dave for This Outrageous Hypothesis?

Simply put, Paul Ryan wants to either run for President against Clinton, or at least be on the ticket. This is an irrefutable fact as we consider the following evidence which stands in support of this notion.

I do not see the impotent Romney running for President again. However, I do see Paul Ryan being drafted at a mini DNC as he has filed the same paperwork in order to run as Vice-President. Now that Ryan is registered, he, too, can run for President. Ryan could say that he is saving the country from a crazy Donald Trump. People may doubt that Ryan would jump to the Democrats, but I say of course he would, if he could get elected a President. He is an establishment whore, like so many of them are.

This has always been the globalists Plan B. The forces have aligned and in a nonviolent confiscation of the nomination process, the Republicans will ignore the will of the people.

I believe that some combination of Romney/Ryan, or either, individually, stand a good chance or running on the Democratic ticket.  John Kerry or Joe Biden might draw back the Sanders supporters. However, it is not as much a problem for the Democrats in drawing back Democrats back into the fold, it is a matter of drawing Republicans away from Trump and splitting the Republican vote like Taft  and Teddy Roosevelt did in the 1912 election.

These times that we live in cannot be characterized as “politics as usual”.

We are at a crossroads America.  I will unravel the possible scenarios in the next couple of days.

Donate to The Common Sense Show

In large part, The Common Sense Show is listener/reader supported, we thank you for your kind donations which enables us to carry out our research, reporting and broadcast efforts.