Photo made by eagle-eyed comradeÂ  Steve Zino in Pennsylvania — looks like four US tanks confronting a crashed craft!

johndenugent.us
Steve Zino I’ll post more oddities as I find them.California is infected with weird symbolism all over the landscape

…..The “Black Knight” floating above earth

Black Knight satellite – Wikipedia, the free encyclopedia
The Black Knight satellite is an alleged object orbiting Earth in near-polar orbit that ufologists and others believe is “approximately” 13,000 years old and of extraterrestrial origin.[1]
en.m.wikipedia.org
John D. Nugent It is 100% a long-dead spaceship (now damaged by comets and asteroids hitting it)

…..Honey-trap hotties that are ugly Jews

Today I begin to write the final version of my sacred book. At 60 I have the wisdom to do it and I see that because Whites are becoming wicked, no facts on race or Jews alone can save us.
I have been in ever greater danger ever since my hit video, now at 29,000 views, came out on the birthday this year of a Great Man.

I got a recorded threat (voices from a movie, so untraceable) at 1:49 am this morning after this video on VIP pedophiles got 24,000 hits: (Engl. w/German subtitles) https://trutube.tv/video/32169/John-de-Nugent-Ausrottung-der-Paedophilokraten-Deutsche-Untertiteln
(I could sense it was bogus so did not get up to listen. I get such calls frequently in the wee hours.)
It said a warrant was out for my arrest; and I had brought this on myself by my own stupidity.

This was the weird, recorded PHONE threat I got at 1:49 am on Friday. (To hide their voices, the terrorists simply recorded some movie dialogue. They call this “punking.”

)
http://johndenugent.com/images/recorded-phone-threat-friday-may-15-01h49-to-906-884-6689.mp3
I am clearly terrified, and stopped all pro-white activities immediately.

Â Actually, I went forÂ a nice walk instead…. 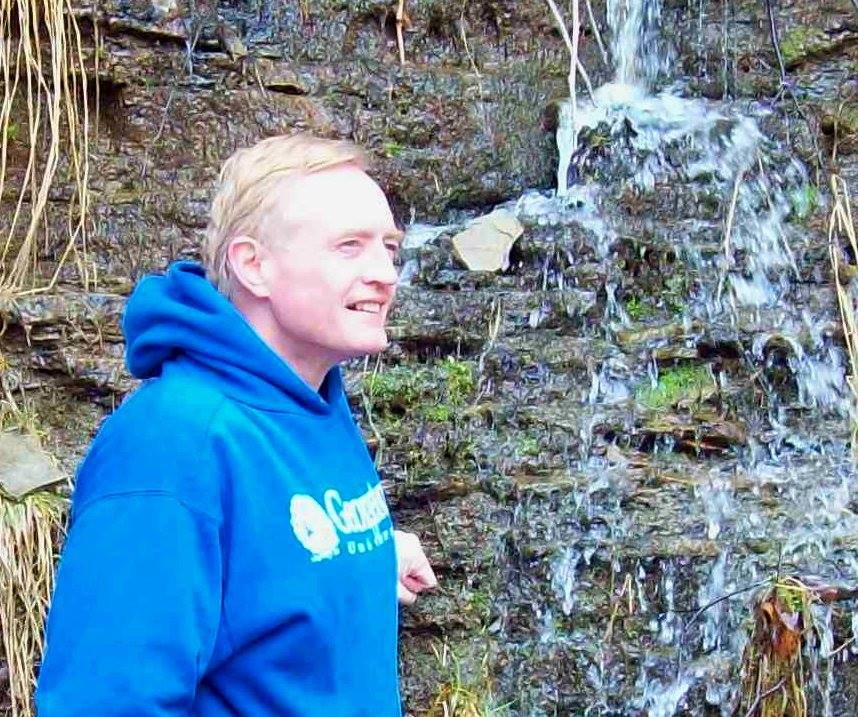 by John de Nugent on Mai 16, 2015[edit] It is now 29K]
Â
I really need donations so I can afford car insurance. Pedestrians can very easily be deliberately murdered in hit-and-runs.
Â
Ever since the VIP pedo video (now at 25,000 views https://trutube.tv/video/32194/JdN-German-subtitles-Kill-Them-All-Kinderschaender-ausrotten), the other side has been busier….Once one raises the issues of 1) government drug dealers http://johndenugent.com/english/horrible-new-synthetic-marijuana-drug-called-spice-creates-violent-mind-controlled-thieving-junkies/and 2) government pedophiles, suddenly two proven violent groups become aware of you.
Â
They are not limited to merely defaming or getting a person fired or thrown out on the street (which has been going on massively for six years against me). They also do wet work.
Ask Ray Gricar, except he is dead. 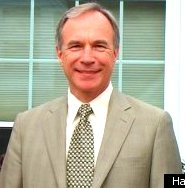 http://johndenugent.com/racist-israel-seeks-to-genocide-whites-in-a-global-holocaust/
It seems if one investigates too much, people just sort-of DISAPPEAR or they RUN AWAY. Even district attorneys! The District Attorney 1985-2005of Centre County (the location of Penn State and of the Jerry Sandusky scandal), Mr. Ray Gricar, just up and disappeared in 2005! Hmmmm! 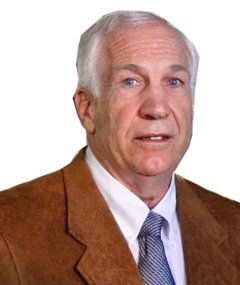 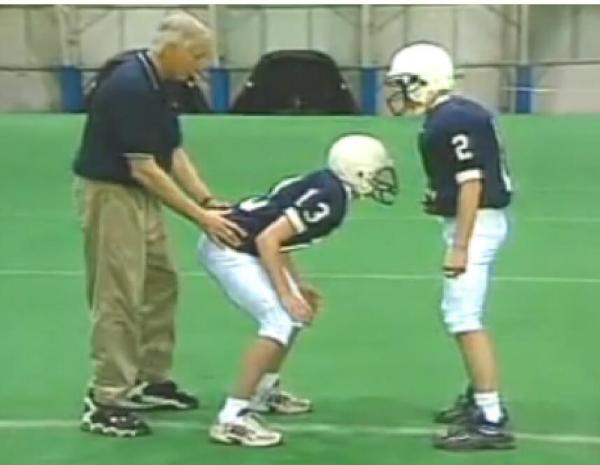 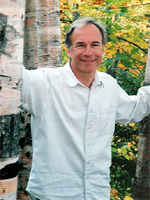 Wikipedia: Ray Frank Gricar, born October 9, 1945, missing April 15, 2005, declared legally dead July 25, 2011, was an American attorney who served as the district attorney of Centre County, Pennsylvania, from 1985 until 2005. On April 15, 2005, Gricar went missing under mysterious circumstances and has not been heard from since.
ABC News (Nov. 8, 2011): Ray Gricar served as the district attorney for Pennsylvania’s Centre County in 1998 when Sandusky was accused of sexually abusing several boys. After an extensive investigation, which included testimony by two law enforcement officers that they had overheard Sandusky admitting to showering with multiple young boys, Gricar decided no criminal charges would be filed, according to recent court documents. Sandusky retired the next year. Then, in April 2005, Gricar disappeared.
His car was found abandoned in a Lewisburg, Pa., parking lot and his laptop’s hard drive was recovered from the nearby Susquehannna River, but there was no other trace of Gricar. No clues could be gleaned from the severely damaged hard drive and despite a six-year investigation that involved the FBI and international help, police have as little an idea today about what happened to the former DA as they did then. “We literally used every single resource, national and international,” Bellefonte, Pa., police chief Shawn Weaver told ABC News. “This is baffling. He literally just disappeared off the face of the earth.”
District Attorney Gricar’s friends said he was happy, successful and not in the least bit suicidal. I BELIEVE HE WAS MURDERED BY THE VILE PEDOPHILE NETWORK! And how about this? The next DA of Centre County, in 2009, Michael Madeira, who “won all of the cases he prosecuted” (CollegianOnline, February 2, 2009) and announced he would run for re-election, suddenly dropped out later that year as a grand jury began investigating Sandusky!
This was the weird, recorded PHONE threat I got at 1:49 am on Friday. (To hide their voices, the terrorists simply recorded some movie dialogue. They call this “punking.”

)
http://johndenugent.com/images/recorded-phone-threat-friday-may-15-01h49-to-906-884-6689.mp3
When I moved to rural Apollo, Pennsylvania in 2012 there was NO chemtrailing going on in that town or county (both 96% white and anti-Obama). That chemtrail moratorium suddenly changed when I set up shop.

I I was about to expose the NUMEC-Israeli nuclear fuel scandal, the resulting cancer epidemic, and the direct link to the ISRAELI MURDER OF JOHN KENNEDY: http://johndenugent.com/?s=%22John+de+Nugent+for+Sheriff%22 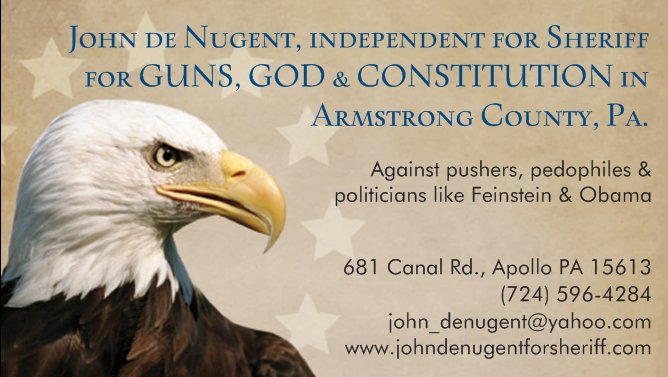 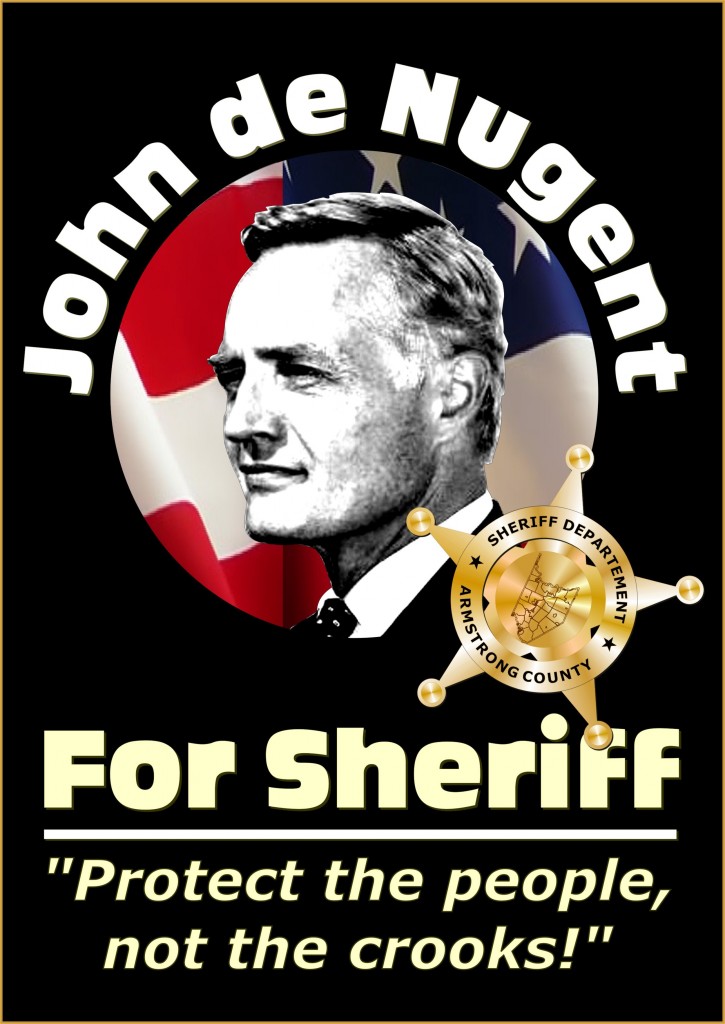 John D. Nugent Am I getting through to anyone here?

….You can help me start this NEW religion to stop the Jews’ and Muslims’ fanatic religions and restore our health, economy, pride and family life !

I blog to keep (meager) donations rolling in. I need to stop blogging for ONE WEEK (and instead republish some older blogs of value) so I can finish my sacred book.
http://johndenugent.com/eternal-solutreanism/ 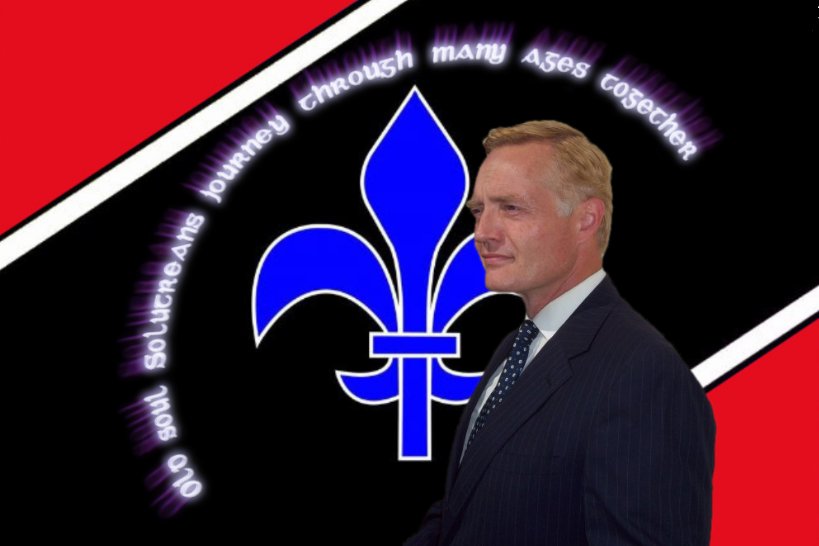 Can you help with a donation today, now, at this second?
Avoid somebody-else-ism! You do it!
Buy a PayPal reload card (even if you have no PP account!) and send me (email, FB or phone) the amount and the ten numbers off the back (scratch off the silver coating!) 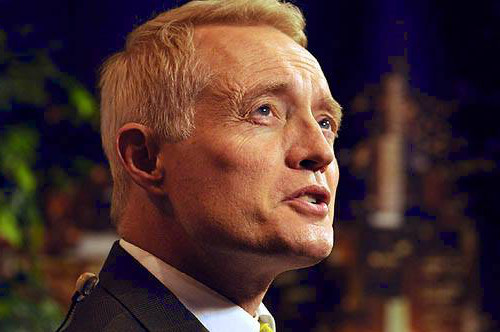