…..My interview on race and the cosmos – where do whites come from?

And a major rabbi, Michael Laitman, discusses where Jews come from (not this planet)….

Jason Lovasz They are an ugly race! I was listening to david duke, i think he was saying orthodox jews, whether describing kabbalistic or not he never said but apparently dont believe in heaven, life after death, reincarnation or anything of a next life.

Basically everything they believe in, is in the 1 life… The now, this means securing their own species by ensuring survival here on earth.

Know anything about this John de Nugent

John de Nugent That is rich coming from Duke who is an atheist himself. I know the man personally.
Like Â· Reply Â· 1 Â· 15 mins

Jason Lovasz He’s was talking in Argentina…. In saying that he always preaching Christian morals, but basically said high percentage of Rabbis are athiest even though they are religious teachers.

John de Nugent Jason Lovasz Right.. Most jews are secular leftists, with a Holocaust-based, not Torah-based identity, they rarely go to the synagogue, and believe in getting money, power, sex, and vengeance on their enemies.
Like Â· Reply Â· 1 Â· Just now Â· Edited
Elizabeth Johnson You’re anything but uninteresting, Mr. de Nugent

John de NugentLike everything I teach, comrade, it is based on carefully gathered and analyzed facts and on the actual experiences of credible people, such as US nuclear missile launch officers:
.
http://www.cufon.org/cufon/malmstrom/malm1.htm
. .
Captain Robert Salas, USAF (retired) Â No one, for the most obvious reasons, is more vetted for 100% psychological normalcy than our ICBM launch officers.
, 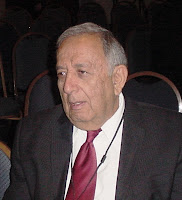 …..MY DASTARDLY BUT BRILLIANT ENEMY, CHURCHILL,BELIEVED IN and wrote about THE LIKELIHOOD OF ALIENS

….To an artist whose beautiful works are struggling for any acceptance in this uglifying world of now, I wrote

I really feel for sensitive souls like you. Â At the Torpedo Factory Art Center in Alexandra, Virginia,
. 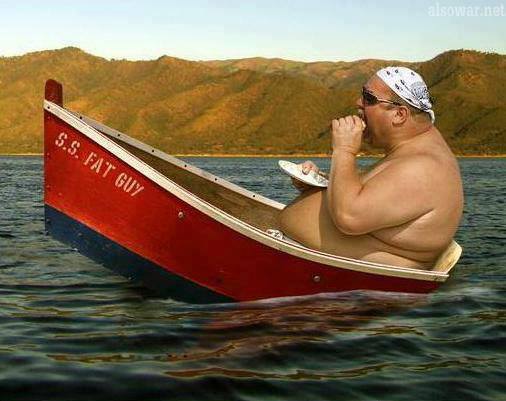 .
Â …but at least those gifted, hardly patronized artistic women had their rich lawyer husbands. Â 😉
.
My mother was of this category, btw. You can google “Constance Colwell Nugent”…
. and this RISD (Rhode Island School of Design) student married my dad, a Marine captain and combat vet of two wars, then a millionaire insurance broker…… (The marriage made in heaven it was N-O-T ;-))
So as the fruit of that monstrous union 😉 , I became an expert on left versus right brains and Marses versus Venuses. 😉 )
The link I sent yesterday goes into who I was recently, but yes, Â I was a Pleiadian several lives back who incarnated here, and volunteered to do so, Â and repeatedly, to improve my own karma, and in order to seek to uplift others who crave and want to FIGHT for a world of beauty and truth.
.
Very large head and extending far back (compare with the normal person I was interviewing… a 2014 shot in Apollo, Pennsylvania, site of a toxic, radioactive, cancer-causing Israeli nuclear waste dump)Â
. .
Interviewed by the bisexual Jew Olly Steeds (in a nerve-racking ambush with three non-whites literally surrounding me on three sides, one of them being a swarthy, 6-foot-6 Middle Easterner) in January 2010 by the Discovery Channel (http://www.discovery.com/tv-shows/other-shows/videos/solving-history-with-olly-steeds-armed-white-activist/)
. .
I had a very interesting last life…. and was very well known, but made one catastrophic mistake.
. .https://www.youtube.com/watch?v=cNwbvVTHt5M
.
I am back this time not as a politician, that path being hopeless in a totally rigged situation, but in order to create a Truly New Kind of Religion….in this tawdry time when the real issues are moral and spiritual… a faith that is both very emotionally nurturing AND scientifically credible… No semitic nonsense, Â no mind control, or having to check your mind at the door. 😉
.
We have to stick together. Â Then we can ace the karmic and dharmic tests ahead which we accepted … which we signed up for with a gulp when our spirit guides suggested them cautiously. To come here now is like signing up for the Marines, or the SEALS. Â But harder…. 😉
. .
One can learn 30 timesÂ faster in times like ours, and on a planet like ours.
.
In other words, if really so desired, one can evolve more in three years here ………….than in ninety years on a near-perfect planet. There are almost no temptations, crises, or huge challenges to face there. It is easy to do the right thing because everyone else is doing it to both your left and right.Â .
But this planet’s ugliness, cowardice, selfishness and mediocrity, things that leap out especially now, Â are huge teachers for those seeking to be wise.. things that make us shudder and show us what we never want to be like.
.
Everyone here is either your friend…. or your teacher.
.
So many kids who grew up in abusive childhoods resolve for this very reason to never smack their kids. So many children of alcoholics will never touch a drop. Donald Trump saw his older brother Freddy (standing) die at age 43 from the bottle — and Donald (blond, on the right) never touches booze.
. .
But higher souls come here also for this additional reason — to challenge themselves severely, and to test themselves to the max.
.
On this planet, wonderful people are here, here to help us, and there are terrible people here to absolutely disgust us…..
.
Soros/Schwartz and Hillary .
….and there are all degrees in between.Â

.
And if there is no dragon, well, there can be no hero, and no sublime heroine, not even a damsel in distress.Â Here, in this world we are in, this Earth, is the true acid test …of a selfless and wise love under fire.😃
.
In the Amazon tv series “The Man in the High Castle” Germany won the war which Franklin Roosevelt had provoked, the Reich had conquered a jew-run America… and so to be a national socialist after this takeover was merely to “go with the flow,” to conform, to obey. The real heroism, comrades, is NOW, to be ostracized as we are yet persist, to be far out of step with the herd that our beloved nation has become, to still love our people despite all, and insist on seeing their latent Aryan nobility and greatness. …..The Jews as human traitors, working for another species

One could indeed explain their utter malevolence in strictly terrestrial terms…. as simply human psychopathology. ….

There are, however, three unique things about organized, “Big-Jew,” Jewry, which leap out:

2) No other people has ever had a millennial plan, stretching over a hundred generations, for world enslavement. this plan does not benefit the millions of Jews who have been pogromed, expelled, penniless, or massacred, over and over and over. It does benefit a species that may have a life span far, far longer than ours. Â

3) a hatred for the human race, odium generis humani, in the Roman phrase, which goes far beyond being superior to gentiles, to being different from the Gentiles, which as you know is a clear kabbalistic and Talmud teaching anyway.Â

I am certainly not saying at all that Jews are not humans, because 1) I had many Jewish friends growing up, and (briefly) a really very good Jewish girlfriend (and I broke it off when I realized she was Jewish), and then 2) there are the really noble people like Gerard Menuhin,Â Gilad Atzmon, and Mordechai Vanunu, just to mention living examples.

I am saying that humans exist throughout the galaxy, earth is a heavily colonized planet, Â and Jews are humans come from a human-inhabited planet that has a treacherous pact with another life form, one that is not human,Â one that hates the human race per se, that isÂ at war with OUR species, and has already destroyed human life onÂ many planets.

This species sees earth as originally a reptilian planet (a justified view, in a sense, in view of the dinosaurs who reigned for 150 million years until a comet hit the earth) — a planet that is using the Jews, because they are humans, for a reconquista.

We of course know the famous Cicero warning:Â

â€œA nation can survive its fools, and even the ambitious. But it cannot survive treason from within. An enemy at the gates is less formidable, for he is known and carries his banner openly. But the traitor moves amongst those within the gate freely, his sly whispers rustling through all the alleys, heard in the very halls of government itself. For the traitor appears not a traitor; he speaks in accents familiar to his victims, and he wears their face and their arguments, he appeals to the baseness that lies deep in the hearts of all men. He rots the soul of a nation, he works secretly and unknown in the night to undermine the pillars of the city, he infects the body politic so that it can no longer resist. A murderer is less to fear.â€

I submit that there is a striking reason why the Jews are unlike any other people on earth and we MUST take it to the next level of understanding and know with whom we are dealing, the human agents of a highly evolved, tenacious reptilian empire, which hates our species and has a merciless lack of compassion for it.
.
.

I really need your donations so I can start the religion we need. Trump is fighting back and well, but the entire Establishment is at total war with him. And VP Mike Pence is a complete neocon who will end all his policies if Trump is assassinated.

I experienced the feeling of not fitting in with the norms, which I now consider as merely society’s opinions, things limiting the mind from wondering, which is the only way for reaching the truth and with it our freedom.
When I found your blog by searching about Neanderthals and their link to Semites three years ago,
I was amazed that I wasn’t the only one that dares to challenge society’s conditioning. It was a true relief to find out that I am not as weird as I thought of myself, and that was definitely motivating.
.
I am so thankful to you for helping my older version of myself! There is much more to discover, thanks to our curiosity and enthusiasm, my dear friend!