As usual, it is overwhelmingly white folks doing this crazy stuff (Blacks and Asians are dancing good, yes, in this video, but that ain’t exactly dangerous….) The white race is always pushing the envelope to the next level of huge risk and major reward.. This daring has to be harnessed to more than mere “extreme sports”! How about fighting and defeating white genocide!

“…to boldly go where no man has gone before….”

……Divine judgment on a no-longer Aryan race of pitiful paleskins 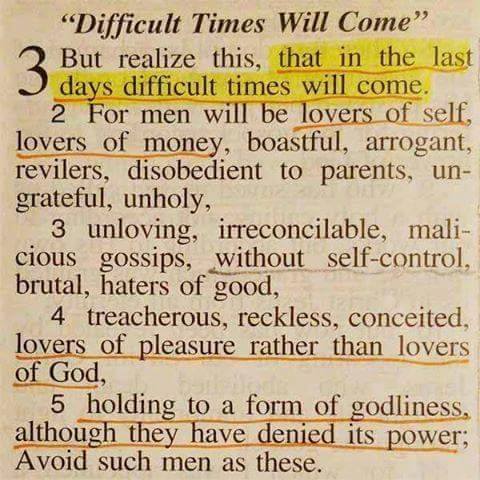 Well, it was not any super-dramatic happening but it made me reflect.

I was in Hancock, Upper Peninsula of Michigan, and Margi was taking care of some business. I had 20 minutes to kill and went into a local restaurant for a quick beer, while I did some needed reading. 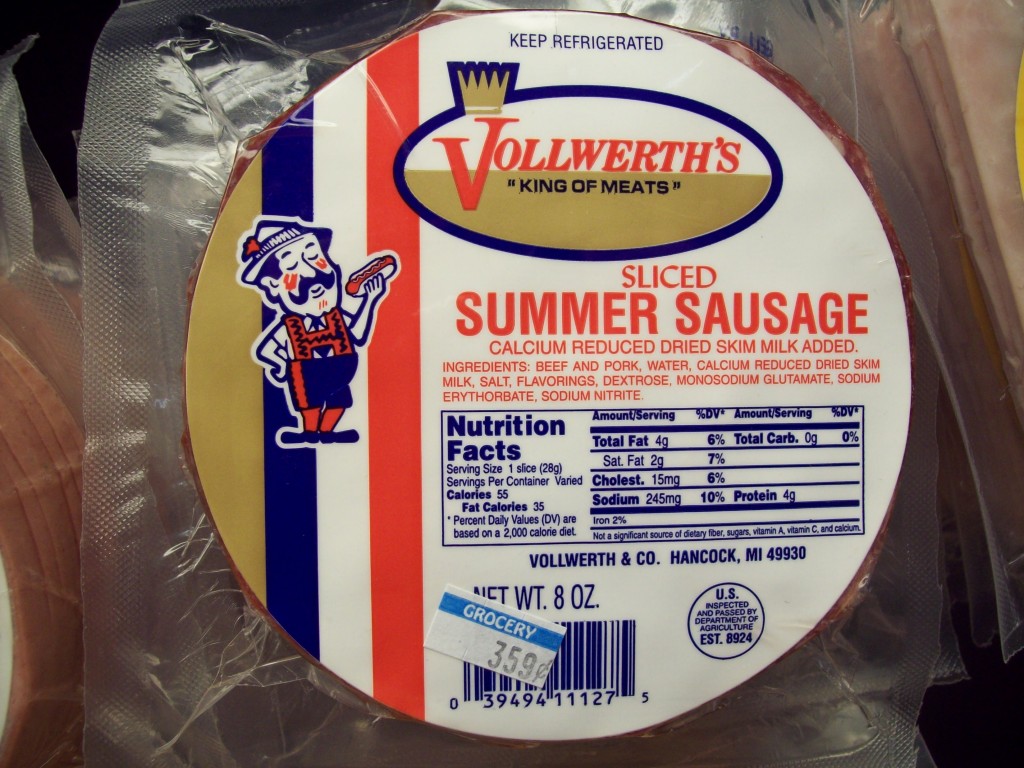 The Lift Bridge over to Houghton 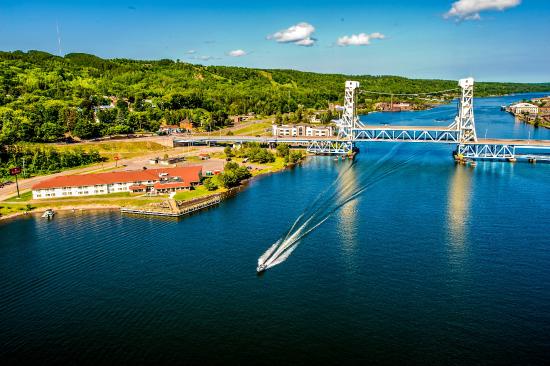 So anyway I walk in, sit down…and the restaurant-bar is almost empty. there is no one at the bar but I, and the bartender, a big, overweight kid, white, ugly, with jet-black hair, chocolate-chip dark eyes, who is leaning over the bar from within and staring at his Smartphone…..

After a good minute, I get frustrated (I am not longer in ass-kissing, everybody-flattering politician mode, folks 😉 been there and tried that…. ) and I finally ask: “What does it take to get some service in here?”

And he keeps on texting.…

Well, I got my drink (a hard cider), left a tiny tip, and shoved off.

Two impressions: 1) the kid thought I was the one with the attitude, and 2) why are so many young white people today so frigging ugly?

Is it that the better sort of Whites are not having kids?  Absolutely.

You know, I have been working on the Leo Frank case now for three years:

One side thing I and Margi have noticed is how much better-looking white Americans were one hundred years ago…. (or 50 years ago, for that matter).

A few years ago there was a big hubbub about Matthew Heimbach, who declined (being way too busy) to even talk to me…. Matthew Heimbach, the rising new white leader, the media darling…. I guess his Orthodox priest told him to stop being a white nationalist….I never hear about him any more…. Not to knock the guy for his looks, but OMG, is this the way the whole younger set of the white race in America will look in 2030? I almost never see even blue eyes in young people any more. It is a Baby Boomer thing (the generation born between 1946-64) to still have blue eyes; the young ones have brown eyes (90%), maybe gray, or hazel, not blue….  The nordic gene is dying out among the under-30s, and I mean rapidly. 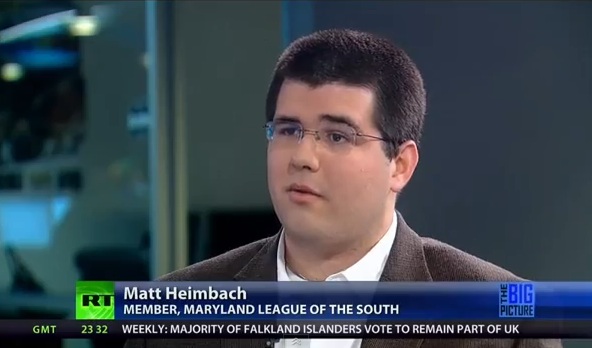 Here was the beautiful little girl who was the victim in the Leo Frank case, Mary Phagan, back in 1913, back when 50% of all Americans (yes, there was a detailed study, reviewing tens of thousands of photos from that time) had blue eyes: 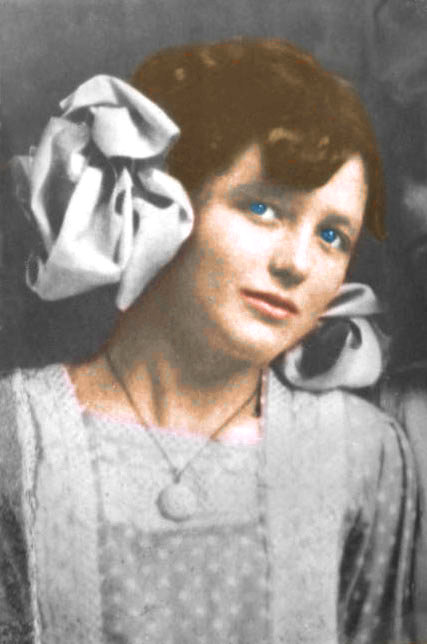 Here was the successful prosecutor of the Jewish rapist-murderer Leo Frank the Honorable Hugh Dorsey, District Attorney for Atlanta , Georgia: 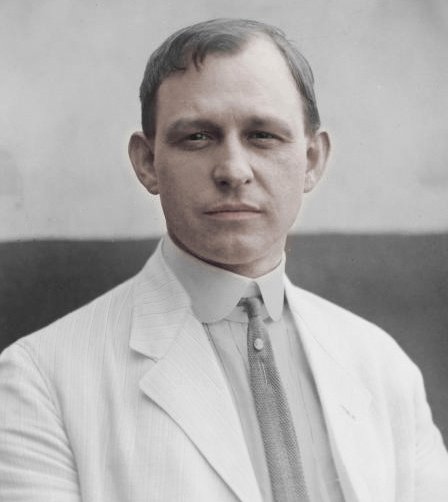 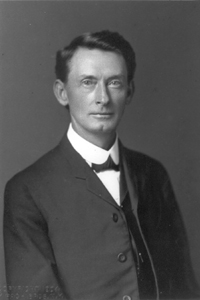 Here was the courageous jury that heard the case and convicted Frank of murder, and almost all of them (average citizens, mind you) were decent-looking: 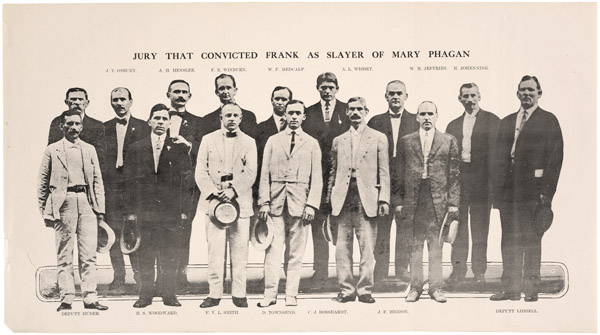 We need a religion that will 1) change our values and character back to normal from acting as we do now, like third-rate Jews, and 2) build back the birth rate of our better young men and women.

It may even take polygamy or polyandry as an emergency measure to do it. (The Mormons resorted to polygamy because they initially had far too many women followers — and not enough men. In the 1890s they dropped this unpopular policy because it was no longer needed.)

All I see now is ugliness in the world; ugly art, ugly buildings, ugly behavior, ugly attitudes, and ugly people. 😉

Then Margi and I went to the Walmart and there we saw, unlike six months ago, ugly, fish-faced Chinese by the hordes, and Arabs — the women in veils and the swarthy men with hooked noses.

I cannot build any political movement with the young whites out there now, certainly not the way they are. They basically need a spiritual boot camp. They need discipline, respect, challenge, idealism and to stop feeling so “special” just because they were born.

I am the Marine and man of God to do it. I can say this: just as for generations, young men have joined the Marines to straighten their lives out, get some discipline, learn some respect, quit their whining and learn to overcome difficulties and accomplish goals, that same desire is out there right now, and more than ever, in the drifting, miserable, jobless, future-less youth of today. 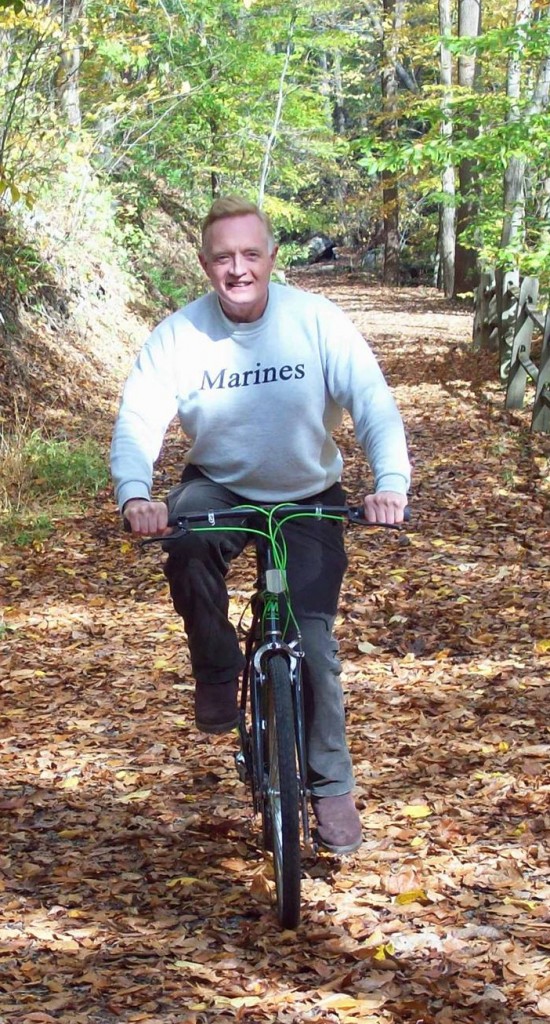 [photos and captions added by JdN]

If the Census Bureau has it right, the 300 millionth American entered the United States kicking and screaming this morning. The odds are that this milestone American is a boy, born to a white family in a California suburb. He will have a 1-in-4 shot of graduating from college, will probably marry, father two children, struggle with his weight, and live to see his 85th birthday.

What he will probably not have — that his grandfather likely did — is a pair of blue eyes.

Once a hallmark of the boy and girl next door, blue eyes have become increasingly rare among American children. Immigration patterns, intermarriage, and genetics all play a part in their steady decline. While the drop-off has been a century in the making, the plunge in the past few decades has taken place at a remarkable rate.

About half of Americans born at the turn of the 20th century had blue eyes, according to a 2002 Loyola University study in Chicago. By mid-century that number had dropped to a third. Today only about one 1 of every 6 Americans has blue eyes, said Mark Grant, the epidemiologist who conducted the study.

Grant was moved to research the subject when he noticed that blue eyes were much more prevalent among his elderly patients in the nursing home where he worked than in the general population. At first he thought blue eyes might be connected to life expectancy, so he began comparing data from early 20th-century health surveys. Turns out it has more to do with marriage patterns.

A century ago, 80 percent of people married within their ethnic group, Grant said. Blue eyes — a genetically recessive trait — were routinely passed down, especially among people of English, Irish, and Northern European ancestry. 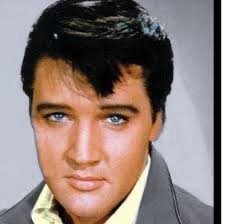 By mid-century, a person’s level of education — and not ethnicity — became the primary factor in selecting a spouse. As intermarriage between ethnic groups became the norm, blue eyes began to disappear, replaced by brown.

The influx of nonwhites into the United States, especially from Latin America and Asia, hastened the disappearance. Between 1900 and 1950, only about 1 in 10 Americans was nonwhite. Today that ratio is 1 in 3.

With the exception of an increased risk of macular degeneration (blue eyes are at greater risk) , eye color is biologically indicative of almost nothing. Boys are 3 percent to 5 percent likelier to have blue eyes than girls, but beyond that it’s a non-issue — physiologically speaking. The cultural implications are another story.

Preferences for fair skin and blue eyes stretch back in Europe to at least the Middle Ages, according to Hema Sundaram , author of “Face Value,” a book about the history of beauty. For women in particular, especially those of European descent, fair skin and light eyes have long been seen as indicators of fertility and beauty.

America adopted those biases early on, and Hollywood reinforced them by anointing a long line of blue-eyed blondes such as Marilyn Monroe as the nation’s sex symbols.

In the 1930s, eugenicists used the disappearance of blue eyes as a rallying cry to support immigration restrictions. They went so far as to map the parts of the country with the highest and lowest percentage of blue-eyed people.

So consumed were Americans with this ideal that in the ’70s and ’80s the fashion models who exemplified the All-American look were typically Scandinavian, said Katie Ford, CEO of Ford Models in New York, which has been in business for 60 years. 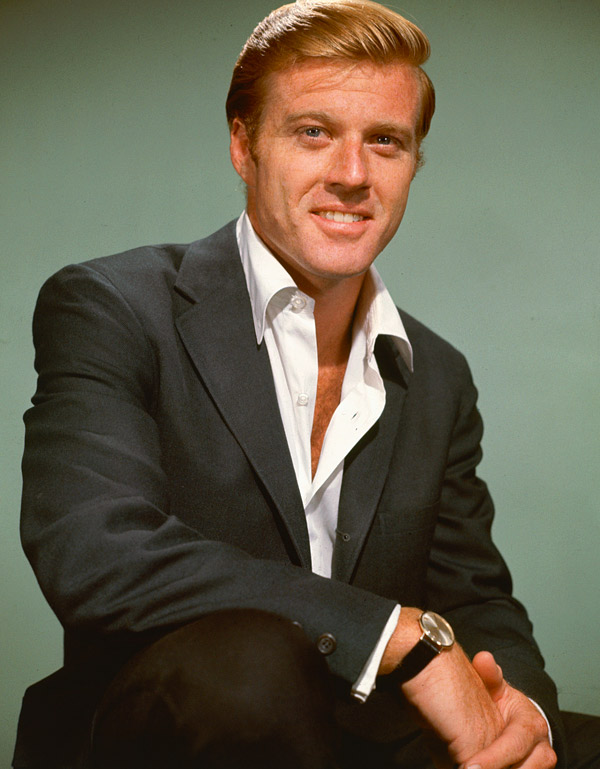 But in the past decade those standards have begun to change, and Madison Avenue has taken note. The look advertisers want today favors honey-colored skin, brown hair, and green or brown eyes. The most successful models are coming from Brazil.

“Advertisers want the idealized form of the general population,” Ford said. “Someone with perfect features but who the everyday person can relate to.”

But even as blue eyes give way to brown, lighter eyes will maintain a certain allure, said Carolyn Kaufman, who teaches evolutionary psychology at Otterbein College in Ohio. When people see something pleasurable, their eyes dilate, Kaufman said. Dilated pupils signal happiness and are, in turn, considered attractive. Since they are easier to see on lighter eyes, they have a natural appeal.

Shopping at the North Shore Mall on Sunday, Carin Martinetti of Manchester held her 3-month-old daughter and studied her eyes hopefully. Martinetti, her husband, and their two other daughters all have brown eyes, but baby Alana’s eyes are light hazel. Whether they’ll stay that way remains to be seen.

“I hope so,” Martinetti said. “It would just make her unique.”

Many agree. Blue is by far the most popular color contact lens sold at 1-800-CONTACTS, the largest contact lens distributor in the country, said Tim Johnson, a spokesman for the company. But in the past four years something interesting has begun to happen. Blue is losing market share. Sales slipped from 53 percent to 45 percent, while brown jumped from 8 percent to 15 percent. Green, the second most popular color, held steady at 29 percent.

The best oil painting of AH ever, when he was not putting on the heroic pose — a sensitive, intelligent, often lonely, unarrogant, very nice guy, probably too nice 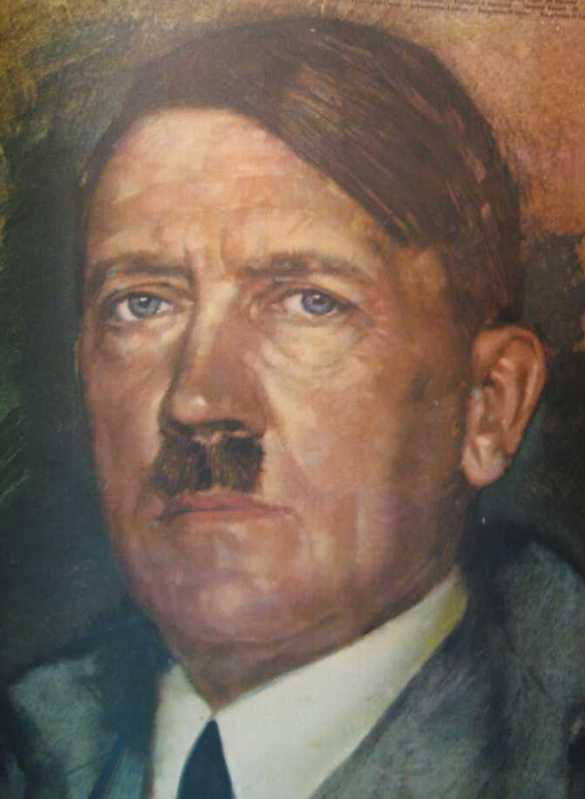 The Buddha was an Aryan prince from India, and famously had blue eyes, as statues all over Asia recall. Of course, he gave up his kingdom and the world for enlightenment, and so no way would such an enlightened man have kids. 😉

So is brown the new blue? Madison Avenue is paying attention, but most new parents have other things to worry about.

Not far from where the Martinettis were shopping, Stephen Kendig and his wife, Kellie, were strolling with their 3-month-old son, Ryan. They are waiting to see what color eyes he ends up with. So far they’re blue, like his mother’s. She hopes they stay that way.

Stephen is a bit more pragmatic.

It is based on this: http://johndenugent.com/eternal-solutreanism/

…..Your donation makes its creation possible as I concentrate, work and pray in solitude