on the High Plains

Tom Goodrich has been a professional writer for the past thirty years. In addition to articles, blogs and movie scripts, Tom has written a dozen books. After serving in the US military during the Vietnam War, he traveled and lived abroad, including stops in Greece, Germany and Morocco. The author now lives on the Gulf Coast of Florida. Tom returns to Red Ice Radio to discuss his latest book, Scalp Dance: Indian Warfare on the High Plains, 1865-1879. 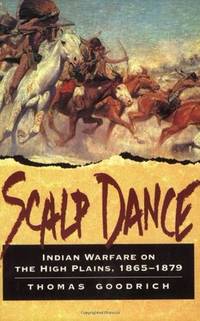 This historical story, which draws greatly from diaries, letters and memoirs of American Plains settlers moving west after the Civil War, serves as a corrective account of a pivotal period that has been sensationalized and propagandized in Hollywood movie portrayals and in American Marxist Academia. Tom outlines some of the mantras about American Indians that have been hammered into the mass consciousness of Americans and used to perpetuate White guilt. Then, Tom talks about key points left out of the narrative, including the circle of violence and war that already existed amongst various tribes, and the fact that when it came to fighting the settlers, it wasn’t always all White against all Red. We discuss the nature of rape amid the Indian people, and their use of bloody, sadistic torture that was considered the highest art form. 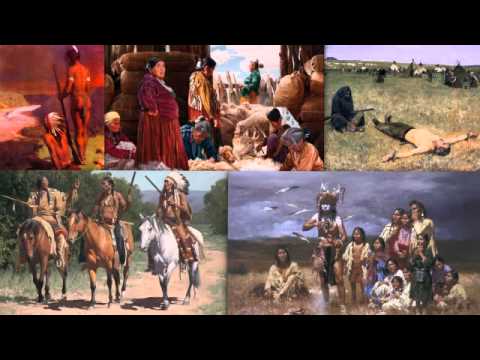 Further, Tom details accounts of enslavement, rape and torture of captured White women, widely recognized as a fate worse than death. We look at this atrocious part of history that has been romanticized and skewed in trashy American novels and propaganda films. Tom explains why the White people were so furious with the Indians, carrying out atrocities that were retaliation for unimaginable crimes against them.

In the second hour, we talk about the many sacrifices made by the European people in the creation of America. We consider the exploding population of new American immigrants, the general distrust and hatred for the current government, and the undeniable signs of a country at the precipice of collapse. We discuss Christian mantras such as “turn the other cheek” and “forgive and forget,” which are in truth philosophies of slavery and tools for disassociation. 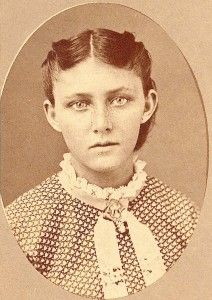 Captured by Indians along with her three younger sisters, Catherine German was subjected to repeated rapes and beatings by the tribe that held her prisoner. Her parents and two other siblings were murdered and scalped. She was held for 5 months in this horrible violent and demeaning situation. Read about it in Scalp Dance: Indian Warfare on the High Plains, 1865–1879 by Thomas Goodrich

This is a portrait of Catherine (Kate) German, who was taken captive with her sisters, Sophia, Julia, and Adelaide, by Cheyenne Indians after their family was killed. On September 11, 1874, the John German family, consisting of his wife and seven children, was attacked by a band of Cheyenne east of Ft. Wallace, Kansas. Only the four youngest, Sophia, Catherine, Julia, and Adelaide, were spared and taken captive. The two youngest, Julia and Adelaide (aged 7 and 5), were subsequently abandoned on the prairie in what is now the Texas panhandle. Sophia and Catherine were kept by their Cheyenne captors. Fort Wallace received word of the killings and began the search to find the girls and to negotiate their release. They found Julia and Adelaide, who had survived on their own for 6 weeks, and on February 26, 1875, the Cheyennes released Catherine and Sophia. The two girls were reunited with their younger sisters at Ft. Leavenworth, Kansas.

Based upon the accounts of the women I studied, here is a rough rule of thumb of what you might expect were you a young white woman captured by Indians of the High Plains:

1. After witnessing the murder and mutilation of your loved ones, your clothes are ripped from your body; immediate and violent gang rape and sodomy commence by however many warriors are present, for however long they choose.

2. If you have crying children, these are often instantly killed by a sharp blow from a war club or by swinging them against rocks and dashing out their brains. Little children are also commonly scalped.

3. With a rope around your neck you are then led back to the Indian camp in your stunned condition, naked, bruised, barefoot, and bleeding from the vagina. When you fall from exhaustion, hunger or thirst, you are whipped mercilessly to your feet with rawhide or rope.

4. Once in the village you undergo a howl of taunts from the old people; women and children ridicule you and lash you with switches. Even the hordes of dogs seem against you as they snap, snarl and bite your legs

5. You are claimed by a powerful man, perhaps a chief, and, in addition to his own sexual demands, you become his personal prostitute; you are traded among the men of the village for valuables, including horses. Just because you are owned by one man does not shield you from the rape of others.

6. Beatings and back breaking work are piled upon you by increasingly cruel and jealous squaws. Grooves are worn into your shoulders from the straps of heavy loads; long lacerations from beatings refuse to heal and remain open wounds.

7. Abuse takes its toll and you age and gray rapidly during the months, or years, of slavery. You are filthy. You are infested with fleas and lice.

8. At night, after another day of sex-on-demand and back-breaking work, you dream of rescue . . . or death, whichever comes first; you dream of bugle notes sounding the charge as the U.S. Cavalry arrives to save you. Alas, little do you realize that should you hear those beautiful notes they will signal both your rescue and your death since Indians commonly kill their captives at the first sign of trouble.

9. If somehow you do manage to survive and are eventually rescued, you have a half-breed child in tow, you are pregnant again, you are emaciated, you are broken, you are sick, you are diseased, you look twenty years older than your actual age, you are mentally unhinged, you will never be normal again.

Later, Tom tells us about the fine points of his upcoming book, Rape Hate, a cumulative piece that looks at the prevalence of rape in war, the undeclared war on women, pornography’s spiritual massacre of women, and culture clashes that are exacerbating this radical plague. We conclude with some thoughts on the White people disease of paranoia, and reflect on the true history of progression.

DR. WILLIAM PIERCE ON THIS BOOK:

My own video (out of my God-and-the-soul series) that starts off with the harrowing Massy Harbison story from the 1790s in Freeport, Pennsylvania 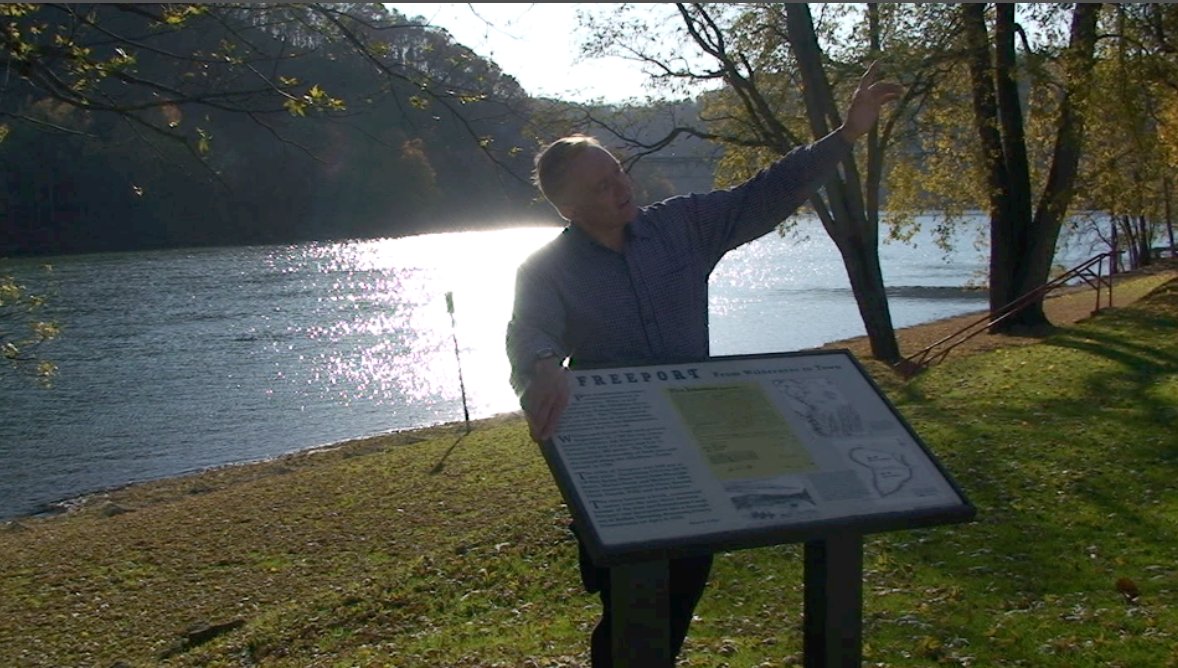 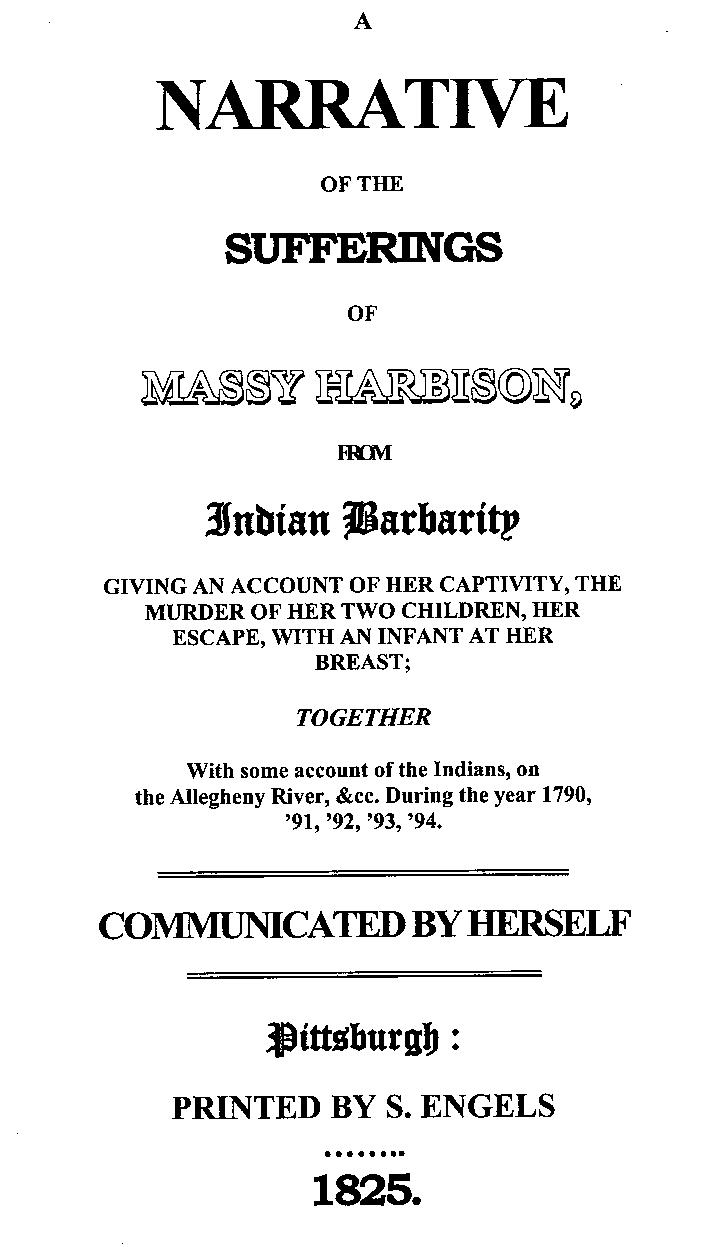 …..Why were the Amerindians this way?

I ascribe it to Mongolian genes plus SEMITIC GENES.

Many Americans still remember the Indian-head nickel (5-cent piece) with its Cherokee with the hooked nose: 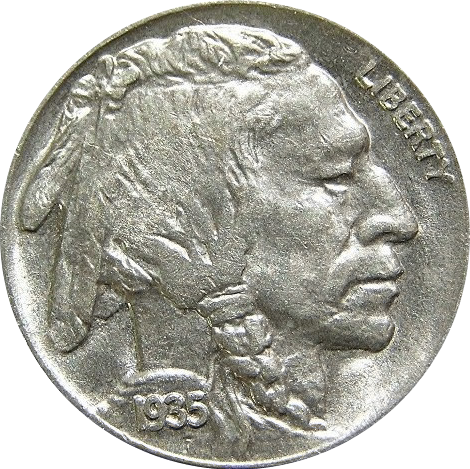 ….My highly praised article on the ancient White Solutreans versus the Indians

An Ice Age map of 30,000 to 10,000 BC, showing huge areas of white for the ice. An emigration took place around 20,000 BC of the White, European Solutreans – the true Native Americans — over from Europe to an emtpy North America along the ice shelf that covered the northern Atlantic Ocean for many months each year during the Glacial Maximum period. This was the worst and coldest period of the Ice Age. It was possible to hunt (SPEAR-FISH) along the ice shelf and then pull the boats up at night, flipping two together to make lean-to’s with furs over them and under them (on top of the ice), in order therein to cook, relax and sleep. The Eskimos did this lifestyle until just 100 years ago. WHITE PEOPLE originally ARE JUST PALE ESKIMOS. 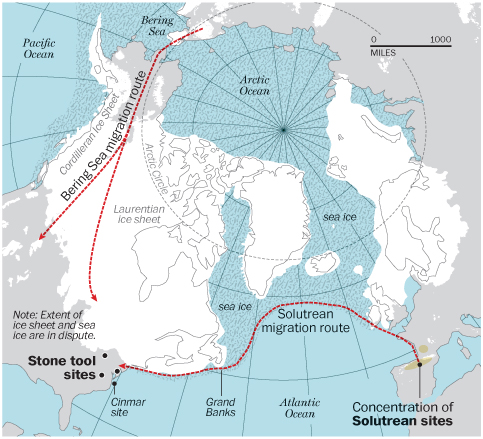 Kudos from a top researcher in an email sent to me as well:

This is John de Nugent’s excellent Solutrean webpage, http://johndenugent.com/solutreanism/important-info/the-solutreans, which contains updated information on the white provenance of the ancient Americas. We were here first and John summarizes the evidence as you will find it nowhere else, and complete with excellent graphics.

He has just added [see end, JdN] Chapter IV of To The American Indian; Reminiscences of a Yurok Woman by Lucy Thompson (1916) which was recently transcribed by Ed Arlt and which I sent out last week.

This site is the best you will find on this subject matter that has been compiled by a white nationalist, and it has no apologies to the politically correct. It is well worth checking occasionally for updates. They don’t come any better than this.

Who were the ancient Solutreans?

These were the intrepid Solutreans of the Ice Age. And their blood flows in your veins. 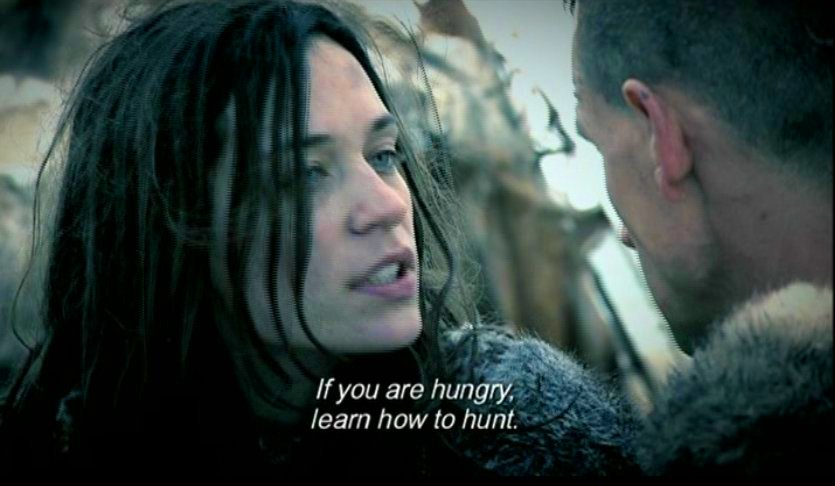 I am celebrating a new book too. Across Atlantic Ice came out in 2012, the story of how our white ancestors crossed the storm-tossed Atlantic in the Ice Age. I and others have waited for four long years for this often-delayed book to be published. 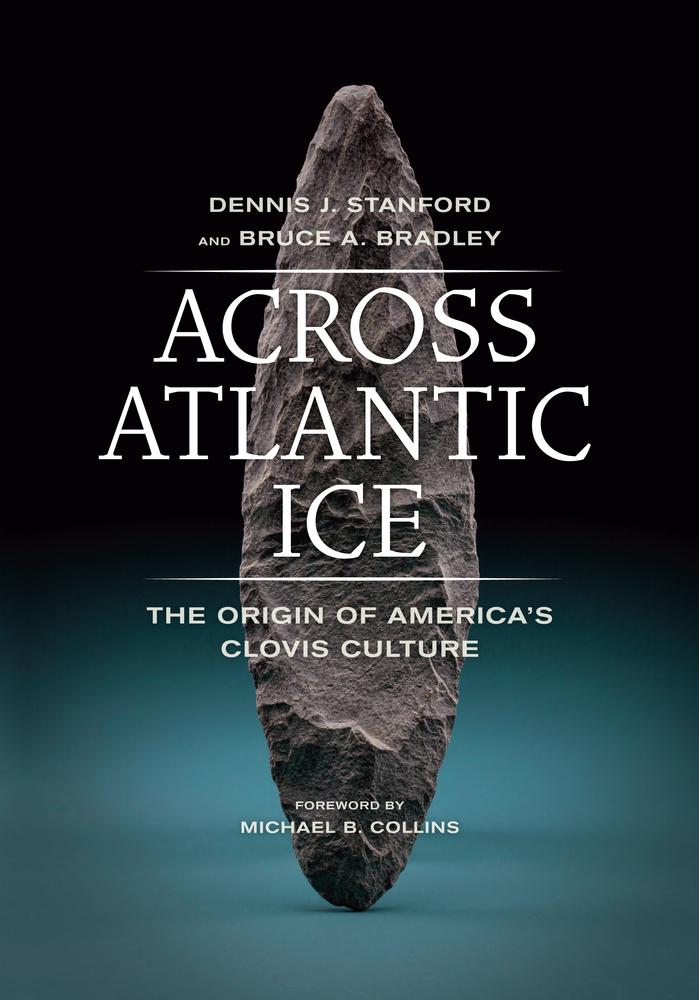 In fact, I delayed starting my own pro-white movement partly for this reason, that I was waiting for this book. After all, the name of the movement I intend to establish, worldwide, is THE ETERNAL SOLUTREANS. 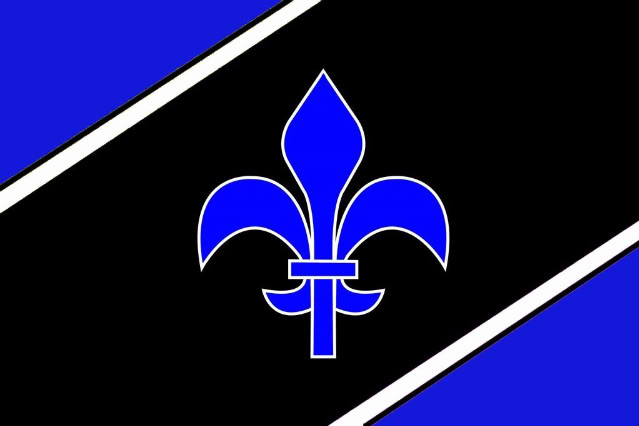 In a nutshell, whites from Ice Age France, the Solutreans, named after Solutre in France, came here first, to North America, around 20,000 BC, not way later in the “ADs” with, as the saying went, ….”Columbus sailing the ocean blue in 14 hundred and 92.”

Solutre is 30,000 years old, a perfect hunting spot for our Cro-magnon ancestors, now found in Burgundy in France. Most of Europe was then under glaciers. 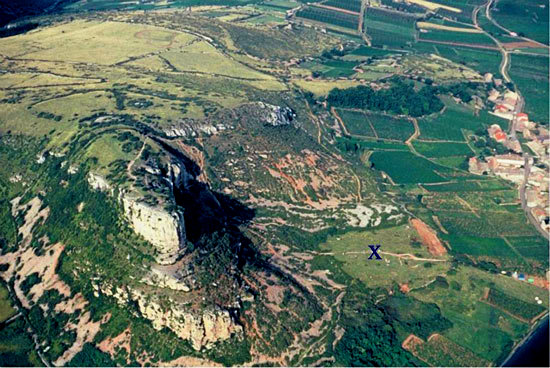 And it was the American Indians who came way later, ten thousand years later, around 10,000 BC, crossing over from Siberia into Alaska and then down through Canada to what is now the USA. It was those American Indians from Asia, a merciless, slant-eyed people related to the Mongols, a race given to horrific tortures and genocides, who killed them off, just as the Asiatic Indians did horrific tortures to American pioneers in the 1600s, 1700s and 1800s, and Asians committed indescribable atrocities to white soldiers, sailors and marines during WWII in the Pacific, during the Korean War and the Vietnam War.

This book, published by a small family press in Apollo, Pennsylvania, dares state what the Indians were like both to each other and to pitiful white captives — cannibals and torturers for days on end, with women and children joining in. The purpose of tribal war to to capture and torture for sheer pleasure. One can only shudder after forcing oneself to read it, but afterward one understands the enraged white expression: “the only good Indian is a dead Indian.” No major ( = jew-owned) publishing house would touch this book by a distinguished former trial lawyer, who had accumulated massive evidence from British, French and American sources of how the Indians acted. 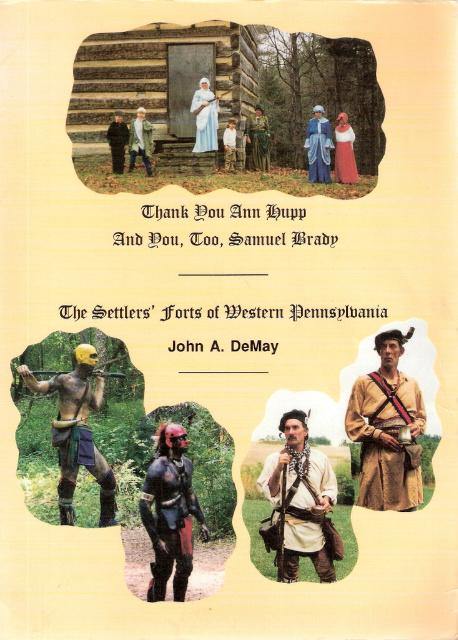