Spread the love
I understand that defamation is very interesting reading, and reading a patient refutation with the facts, point-by-point, is very boring. Â 🙂
.
Boring for the others, who love juicy gossip, until that massive, page-one-google online defamation happens to YOU.
.
On the Holappa attacks on me:Â https://www.johndenugent.com/?s=holappa
On the Duke-Black attacks on me, coordinated with Holappa:Â https://www.johndenugent.com/?s=duke+black+
. .
Here is an interesting case — did President Kennedy and Attorney General Robert Kennedy order Marilyn Monroe’s murder?
.
http://www.dailymail.co.uk/news/article-2630449/EXCLUSIVE-Bobby-Kennedy-ordered-Marilyn-Monroes-murder-lethal-injection-prevent-revealing-torrid-affairs-RFK-JFK-dirty-Kennedy-family-secrets-new-book-claims.html
.
Wearing a skin-tight dress she was literally stitched into, she cooed to the cameras: “Happy birthday, Mister President”
. .
It appears both married men had affairs with her, but she began phoning the White House and Hyannisport and threatening to reveal it all.
. .
Now it is not as if the two men raped her.
.
She wanted it, she was a wild woman, and in fact her insane behavior on the movie set of “The Misfits” in 1960 put actor Clark Gable in an early grave because she repeatedly showed up drunk and with her lines not memorized.
. Gable became furious for weeks on end at the delays and her lack of professionalism, and it indirectly killed him, on of the greatest stars of all time, at age 59.
.

In the end, however, betraying a powerful man’s friendship is always dangerous.

.
More conversation now about this very significant Holappa act of treason and betrayal.
.
Note that Jewgle puts Holappa’sÂ 2011 defamation of me near the very top of page one, and then Carlos Porter’s version of the exact same Holappa drivel follows, with no mention by Porter that Holappa has now openly come out as a racial and movement traitor and has zero credibility. Â
.

“A liar in one thing is a liar in all” is a Roman legal concept still used in the courtroom.

.
Falsus in uno, falsus in omnibus: Once a witness has been proven to have lied once under oath against a person, this destroys ALL their testimony against the person.
.

Â
National Socialist Esa Henrik Holappa has learned to love Jews and embrace White genocide | Crush Zion!
Â
about 1/3rd down…
.Â
Well [edited out to spare the innocent], was actually a very sincere and regular supporter of mine until 2011 — and confided in me many of of her personal problems, such as those with her alcoholic then-husband in Sweden.
.Â
That was when David Duke called her (as P. said to Margi after she and I broke up in May 2011, imagining wrongly that we were now bitter enemies, and in fact we got back together in December 2012) and “Doctor David Duke”Â lied that I had pocketed thousands of dollars donated between March-June 2009 sent by WNs for Holappa’s legal defense.
.Â
And that scheme is exactly and precisely what joined-to-Duke-at-the-hip Don Black said about me in his private Stormfront thread which he started the very same day Holappa was “arrested,” before any facts at all were in except the arrest — that I had orchestrated the arrest of this poor Finnish kid for profit.
.Â
Proof? One of my WN friends — then and now — slammed the phone down on me when I innocently called him about another matter, screaming exactly that!Â Â
.Â
That I, John de Nugent, had pushed Holappa to be high-profile in America as part ofÂ orchestrating the arrest of “this poor Finnish kid for my own profit.”Â
.Â
In fact, Holappa thought so highly of me and the cause that he skipped two opportunities to leave me, one in August 2008 when his Ukrainian girlfriend asked him to join her in Ukraine, and before that when one of the two [juicy detail, but it would be unfair to reveal it]Â girls []Â agreed to marry him, though still a minor — many WNs then admired Holappa because of his public stand against gang rape of Finnish girls — so he could stay in America and not even need to apply for political asylum, and move out to []Â Montana.Â
.
Margi in 2011 had fmr USMC major William Fox, who was renting from me at that time, write Holappa and refute the heinous slander that we (in this case, he, as the steward of the donations account) had taken in thousands.Â
.Â
At that time, Margi noticed a deranged way that he was expressing himself, and an utter confusion about the facts and dates, which made her think “something was wrong with him.” Â He was also full of rage and hate, and after she refuted any of his points, his mode was “yes, but what about…” and so on and so forth.
.
He was obsessed with how I (and she) had lied to and stolen from him.
.Â
Because Holappa WANTED to stay on with us and help me — as his three-month tourist visa was expiring — Margi spent $2,000 on political-asylum attorney Valerie May, Esq., of Pittsburgh. Valerie L. May | May Law Group, L.L.C. |Â Here are Margi, Holappa and the dog Carmen.
Â Â
Here I am with him in the lobby of that office building.
Â .
Â
And now I believe exactly and precisely that, that Holappa was and is a Manchurian Candidate.
.
https://www.johndenugent.com/english/the-crisis-is-coming-as-the-manchurians-rush-on/Â Â Â
Â
Â
One of []’sÂ daughters: Major Fox; and Margi after driving four hours from southwestern Pennsylvania to see Holappa up in Batavia, N.Y. about 45 minutes east of Buffalo.
Â
.Â
In fact, due to the Duke-Black accusations, and Black banning me from Stormfront (my main venue online and one where my thread had over 264,000 views) ….. donations to my work were in fact never lower than during the Holappa incarceration.Â
.

.Â
Major Fox ran the Holappa-donations account, due to the Duke-Black slanders of me, and this fund took in about $600, which Holappa wrote off because he in turn kept (in his Finnish bank acct.) the $600 which SwedishÂ Resistance Movement headÂ Klas Lundberg had intended for me.Â
Â
Major Fox is part-Norwegian and with his Scandinavian heritage took a special interest in Holappa.
Â
Â
Lundberg was then the head of the SwedishÂ Resistance Movement (now the “Nordic Resistance Movement”, and run by another comrade, Simon Lindberg), and Klas had sent this sum to me via Holappa by deposit into his Finnish bank account.Â
.Â
(Because of HH’s “arrest,” I never got it. Lundberg also sent $600 to Holappa, which he did get, at an ATM, and then 10 minutes later Holappa was under arrest.)
.Â

The most important thing and most difficult thing for even the most savvy comrades to grasp is that ZOG takes WNs who are in their custody and makes Manchurian Candidates out of them.Â

.Â
The torture is so severe they blot out all memories of it, and then they are programmed to hate and destroy whomever the Jews fear. So they stay sincere white nationalists — but still do as they are told.
.
In the 1962 movie a US Army soldier obediently strangles a fellow soldier, who obediently lets it happen. .
In the 2004 version a US Army soldier obediently waits while another soldier prepares to shoot him.
. .Â
I do not believe for a nano-second that Holappa now thinks Finland needs more gang rapists!
. .
This Afghani muslim vengefully raped and tied up his white, Finnish ex-girlfriend, doused her in gasoline — and set her on fire.Â https://www.johndenugent.com/english/news/afghan-muslim-rapes-ties-up-and-burns-alive-white-finnish-ex-girlfriend-mexican-indians-react-naturally-to-criminals/
. .
So are the teeth.
.
http://1.bp.blogspot.com/_bHL_PBRgrBs/SjqyeUer_wI/AAAAAAAAA-s/PXMRkAWGMFg/s320/nugent+HenrikHolappa.jpg
. 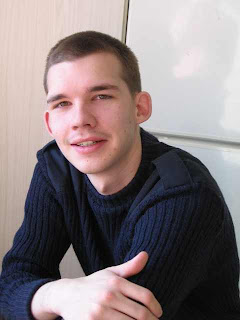 .
The hair and eye color are exact matches.
. 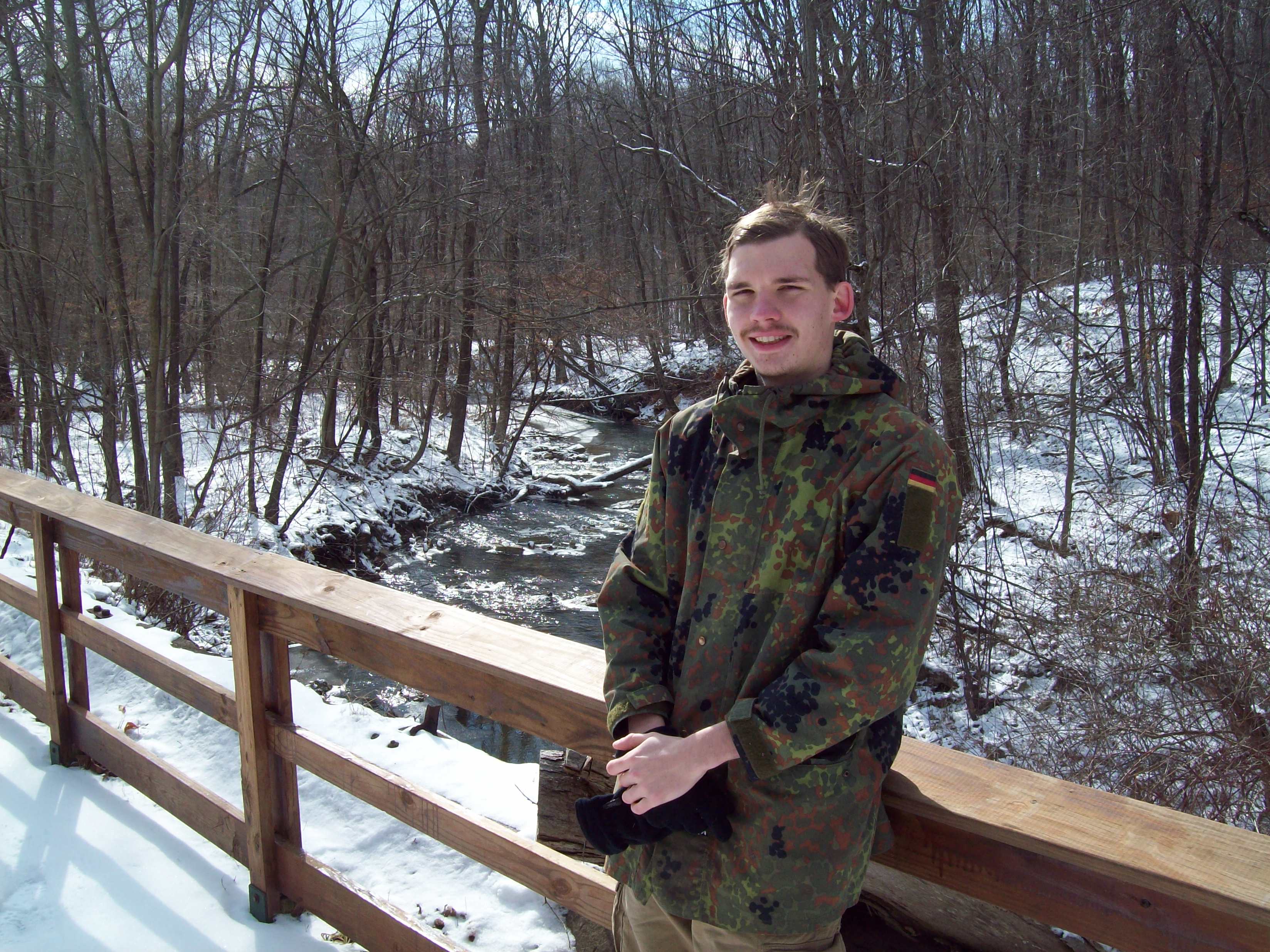 .
Holappa’s face is fatter in the recent, traitorous media appearances, and has more blemishes, but maybe his Chinese wife got him to lose weight and perhaps they used Photoshop to remove the blemishes, which is very easy.
.
(One simply focuses on a perfect area of skin, copies it, and pastes it over the blemish. It is done all the time for wedding and official photos.)
.
https://gfx.nrk.no/qPVjhkO36S_c6pDN_Uv-rgTyU7dhWE96r-tTTuZZPVBA
. .
The comrade wrote back:
.

You’re probably right. I think the close-up cropping of his face makes him appear different. The facial features do seem to match. What threw me off, I think, was the mouth with the big smile and the angle of the picture. It is taken from slightly below and we are looking up at his face.
.
Normally we see people from a slightly above perspective since our eyes are located on the upper half of our face, (unless of course we are looking at a very tall person, which he wasn’t.)

.
I replied:
.
A close up and odd camera angle can distort anyone’s face. In this photo, taken ironically by Holappa, my nose seems much longer than it really is.
. .
In this one, by the Pittsburgh Post-Gazette, it seems shorter than it is.
. Yes. Do you know why?

Most people see things and like or dislike them, but don’t know why. They see a face and say this looks like so and so, or doesn’t. Usually they misattribute the causes.
As an artist from a very young age I have had to develop my ability to analyze why something looks good or bad to us or what makes someone look like who they are.
In your case, the nose appears longer due to the lighting. The nose casts a shadow on your upper lip. Your face is not in perfect profile angle but is rotated toward the viewer about 5-10 degrees. As a combined result of this angle and the light source (Sun) the shadow of your nose is cast at a slant across the cleft of your upper lip to the rear base of your nostril.
When one sees the image, the first thing that strikes them is the outlines of the illuminated parts of a surface, since they are more bright. In this way, the base of your nose is perceived as extending to the rear part of the shadow area rather than closer to the front of it, at the center of the upper lip cleft.
On the “short-nose” picture the same lighting dynamics are at work, but have the opposite affect. The highlight at the tip of your nose is blurred with the highlight or your far cheekbone. As a result, what “reads” as your nose is only the shaded part which is about a quarter inch shorter than the actual length of your nose.

.
***
.
Would you believe a Swede (a horrible young narcissist named Patrik Friden whom the German police are now seeking for stealing a bottle of whiskey from an Edeka grocery store), who reviles me, was still quoting Holappa as gospel truth to a friend of mine just yesterday?
.
Of course, Google refuses to put any of my blogs revealing the new Holappa, leftist, on page one.
.
Watch out next, Jared Taylor and your Jewish concubine.
https://www.johndenugent.com/?s=Jared+Taylor
And David Duke, how’s the old eyesight?