This guy is a classic psychopath, which means a narcissist/egomaniac with a sadistic streak who despises people who are trusting.

This is exactly why so many politicians are psychopaths.

A hitchhiker who killed people who picked him up was asked why he did it to people helping him.

“Serves them right for trusting me.”

Photos of some of his possible victims, whom he snapshot by claiming to be a fashion photographer.

…Paul Ryan, the Judas of Trump 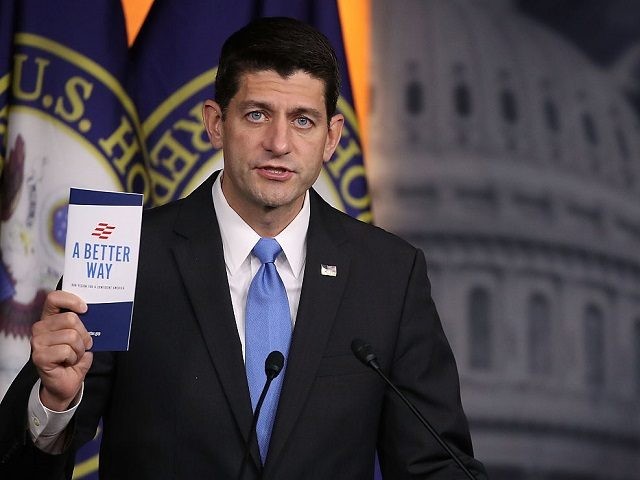 In July of 2015, an illegal alien allegedly broke into the home a 64-year-old Air Force veteran Marilyn Pharis while she was asleep in her bedroom.

Using a claw hammer, the illegal alien and his accomplice began savagely beating the elderly woman, according to police. Authorities say they shattered her eye sockets, strangled her, broke her neck bone, raped her, and left her for dead.

Pharis, described by her familyÂ asÂ a â€œgentleâ€Â woman, desperately tried to fight back as she was pinned down in her own bed under the heavy weight of her assailant as he wasÂ crushing the bones in her face with his hammer, according to police.

Pharis died a few days later in the hospital.

The illegal alien accused of assaulting Pharis had been arrested six times in just the 15 months leading up to herÂ rape and murder, but he was never removed from the country.

There is no public record that House Speaker Paul Ryan has ever spoken out about Pharisâ€™ sexual assault.

In 2014, when Pharisâ€™ assailant had been arrested on prior felony drug and sexual assault charges, ICE issued a detainer for the illegal alien, â€œbut the Santa Mariaâ€™s sheriffâ€™s office declined to honor [ICEâ€™s detainer]Â because of a local sanctuary policy,â€Â wroteÂ Senator Chuck Grassleyâ€™s office. Instead the illegal alien with prior sexual assault charges was allowed to remain in the U.S.â€“ eventually going on to brutally rape and kill Pharis, according to police.Â Local authoritiesÂ saidÂ thatÂ the nationâ€™s federal immigrationÂ policies were to blame for her assault. â€œI am not remiss to say that from Washington, D.C., to Sacramento, thereâ€™s a blood trail into the bedroom of Marilyn Pharis,â€Â saidÂ Santa Maria Police Chief Ralph Martin.

Yet lateÂ last year, whenÂ Alabama Senator Jeff Sessions tried to put forward a proposal that would have included language in the year-end omnibus spending bill toÂ end Sanctuary Cities, RyanÂ failedÂ to include theÂ language in the bill. As a result, Ryanâ€™s omnibus allowed the lawless sanctuary cities policies and the victimization of innocent American women to continue.

According to a 2011Â reportÂ from the Government Accountability Office, there areÂ 70,000 sexual offenses attached to the incarcerated criminal alien population.

Ryan has remained passive and quietÂ as criminalÂ aliens have assaulted tens of thousands of American women, but when an 11-year-old audio tape emerged of Donald Trump caught on a hot mic discussing women in crassÂ terms, Ryan declared himself â€œsickenedâ€ and spoke out.

â€œI am sickened by what I heard today,â€ Ryan saidÂ in a statement, referring to Trumpâ€™s lewd private locker-room style banter with Billy Bush.

â€œWomen are to be championed and revered, not objectified,â€ he declared. â€œI hope Mr. Trump treats this situation with the seriousness it deserves and works to demonstrate to the country that he has greater respect for women than this clip suggests.â€

The day after Paul Ryan was â€œsickenedâ€ by Trumpâ€™s decade-old comments, police say a 35-year-old illegal immigrant from El SalvadorÂ broke into the home of a Texas familyÂ in the middle of the night, kidnapped the familyâ€™sÂ six-year-old daughterÂ while her parents were asleep, took the girlÂ to a park, and raped her.

Police said that they were only able to find the childÂ because someone had heard the little girlâ€™sÂ screams. When the authoritiesÂ found her, she immediately ran towards the police officers and was visibly â€œvery scared.â€

There is no public record of Speaker Ryan speaking out againstÂ the alleged sexual assault of this six-year-old girl, nor did Ryan seem toÂ feel the need to take immediate actionsÂ that would prevent futureÂ assaults of this nature.

Ryanâ€™s statement â€” describing Trumpâ€™s comments as â€œsickeningâ€ â€” came the same night that WikiLeaksÂ revealedÂ that Hillary Clinton had privately toldÂ a group of foreign bankers that her â€œdreamâ€ was to enact â€œopen trade and open borders.â€

SpeakerÂ Ryanâ€™s record of open borders advocacy syncs up with Clintonâ€™s â€œdream,â€ as well as the agendas of wealthy Republican donorsÂ like the Koch brothers.

The overwhelming similarities between the goals of establishment leaders inÂ both political parties and the goals of their wealthy corporate donors recently prompted Green Party presidential nominee Jill Stein to denounceÂ Hillary Clinton as a corporatist and theÂ face ofÂ â€œ#TheNewRepublicanParty.â€ â€œBoth Democrats and Republicans are funded by big corporate interests,â€ SteinÂ wrote, noting that these members of Washingtonâ€™s â€œunipartyâ€ areÂ unitedÂ in theirÂ shared desire to advance the goals of their wealthyÂ donors rather thanÂ the desires of the people.

Indeed,Â severalÂ reportsÂ haveÂ d ocumentedÂ how Ryan would likely accomplish more of his and theÂ Republican Partyâ€™s donor class legislative goals on foreign trade, foreign migration, and foreign wars if Hillary Clinton were in the White House than if Donald Trump were president.

Throughout the election, severalÂ conservatives have argued that many of Ryanâ€™s statements and actions have seemed designed to undermine Trump and the Republican Partyâ€™s chances of electoral success.

Trump himself called out Ryanâ€™sÂ lack of support on Twitter:

The dayÂ after Trumpâ€™s strong debate performance against Clinton, Ryan made headlines by telling GOP House members that he would not defend their partyâ€™s nominee, who was overwhelmingly selected by the Republican voters whom Ryan is supposed to represent. At the same time, former Ryan adviser Dan Senor urged members of corporateÂ media not to talk about Trumpâ€™s success at the debate, but to instead focus on the decade-old leaked audio recording ofÂ Trump and Billy Bush.

â€œNote to media: if interviewing Trump surrogates today, focus qâ€™s on tape. Besides Rudy, these surrogates were all hiding over the weekend,â€ SenorÂ tweeted. â€œNow Trump surrogates magically appear b/c debate wasnâ€™t a disaster.Â You shld intv them abt the tape, as though the debate never occurred.â€

Ryanâ€™s office did not respond to a request for comment.