George Soros, born Schwartz, is a Hungarian Jew who has wrecked entire economies to get rich and now funds the terrorist antifa.

I can’t believe we allow people to walk around in masks. I guarantee if I walked into Walmart right now with a hoodie and a mask on that story security would jump me in about two seconds. …. One commenter under this video wrote (https://www.youtube.com/watch?v=MUI-6m2k6mk&lc=z23gdhhodr2zwhonhacdp43bxyntvwqvlrrae1gzngxw03c010c): “Shoot these delusional assholes, rip the damn mask off, and show their traitor faces.”

This is the reincarnation of the Red Front that terrorized the streets of Germany in the 1920s until Hitler and his stormtroopers arose and then it was “an eye for an eye.” Over a thousand of Hitler’s stormtroopers were beaten, stabbed or shot to death by Red Front fiends. 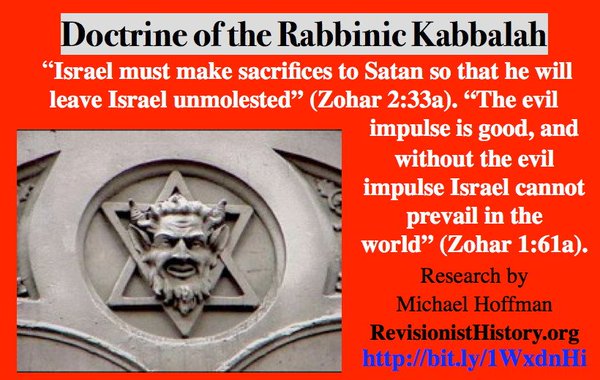 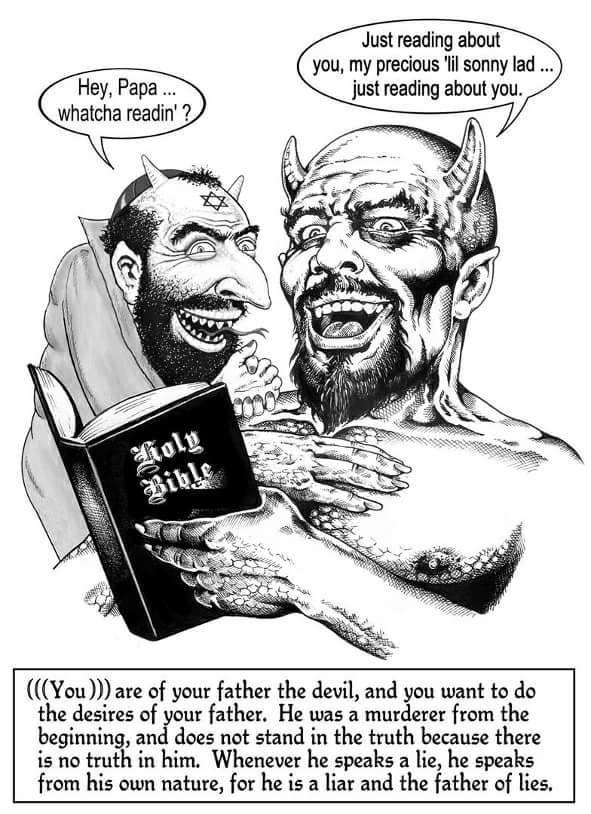 ……”George Soros: The ‘God’ Who Carries Around Some Dangerous Demons”

[This came out a month before the 2004 presidential election. Source:Â http://articles.latimes.com/2004/oct/04/opinion/oe-ehrenfeld4]

“Frankly, I don’t think I’ll need to do a lot more,” Democratic philanthropist George Soros bragged to USA Today just a few months ago. “I now take the defeat of Bush more or less for granted.” [LOL]

Unfortunately for him, that defeat no longer seems so certain, so the billionaire, who had spent more than $15 million in an attempt to get John F. Kerry elected, is now trying to protect his earlier investments by throwing in an additional $3 million.

“America, under Bush, is a danger to the world,” says Soros. To save the world and prevent the reelection of George W. Bush, Soros has dedicated extraordinary amounts of time and money because defeating Bush, he says, is his “central focus.” His motto, “If I spend enough, I will make it right,” is the essence of his articulated ideas about changing society.

It seems that Soros believes he was anointed by God. “I fancied myself as some kind of god …” he once wrote. “If truth be known, I carried some rather potent messianic fantasies with me from childhood, which I felt I had to control, otherwise they might get me in trouble.”

When asked by Britain’s Independent newspaper to elaborate on that passage, Soros said, “It is a sort of disease when you consider yourself some kind of god, the creator of everything, but I feel comfortable about it now since I began to live it out.”

Since I began to live it out. Those unfamiliar with Soros would probably dismiss the statement out of hand. But for those who have followed his career and sociopolitical endeavors, it cannot be taken quite so lightly.

Soros has proved that with the vast resources of money at his command he has the ability to make the once unthinkable acceptable. His work as a self-professed “amoral” financial speculator has left millions in poverty when their national currencies were devaluated, and he pumped so much cash into shaping former Soviet republics to his liking that he has bragged that the former Soviet empire is now the “Soros Empire.”

Now he’s turned his eye on the internal affairs of the United States. Today’s U.S., he writes in his latest book, “The Bubble of American Supremacy,” is a “threat to the world,” run by a Republican Party that is the devil child of an unholy alliance between “market fundamentalists” and “religious fundamentalists.” We have become a “supremacist” nation.

During a speech at Columbia University’s commencement ceremonies, Soros said, “If President Bush is reelected, we must ask the question, ‘What is wrong with us?’ ” He has written that he always “felt that modern society in general and America in particular suffer from a deficiency of values.”

Bush’s aggressive waging of the war on terrorism has only increased these feelings. “When President Bush says, as he does frequently, that freedom will prevail, in fact he means that America will prevail,” Soros writes. Who would Soros prefer to see “prevail”? Saddam Hussein? Osama bin Laden?

Despite his reputation as an international philanthropist, Soros remains candid about his true charitable tendencies. “I am sort of a deus ex machina,” Soros told the New York Times in 1994.

“I am something unnatural. I’m very comfortable with my public persona because it is one I have created for myself. It represents what I like to be as distinct from what I really am. You know, in my personal capacity I’m not actually a selfless philanthropic person. I’ve very much self-centered.”

Soros was more succinct when he explained his life philosophy to biographer Michael Kaufman.

“I am kind of a nut who wants to have an impact,” he said.

But the speculator’s visions don’t end there.

“Next to my fantasies about being God, I also have very strong fantasies of being mad,” Soros once confided on British television. “In fact, my grandfather was actually paranoid. I have a lot of madness in my family. So far I have escaped it.”

In his book, “Soros on Soros,” he says: “I do not accept the rules imposed by others…. And in periods of regime change, the normal rules don’t apply.” Clearly, Soros considers himself to be someone who is able to determine when the “normal rules” should and shouldn’t apply.