….Again Kaine had that faggoty voice …. made my skin crawl.

But Pence was all for war with Russia. (This guy is also against the wall with Mexico, for more muslims coming in, for Obamacare and disagrees with Trump on the gay issue as well.)

You can see why Trump hesitated for two days before taking him on as his running mate.

I repeat: IF the Jews allow Trump in, they will kill him after the inauguration — to get Pence, AND WWIII WITH RUSSIA.

And NPR was just saying how much Pence wants to become president himself. Well, now he has a clear path, like Teddy Roosevelt and Lyndon Johnson, via murder.

Choosing Pence was a catastrophic bad choice — unless Trump has Pence killed before Pence can have Trump killed.

Nearly 80% of people who responded for our poll said they were considering moving to Russia
Disillusioned by life in modern Britain, 78% of more than 22,000 respondents replied “Yes! Bargain” to the question “Would you move to Russia in exchange for free land?”The revelation came after it was revealed that Russian president Vladimir Putin is offering 2.5 acres of land for free to people willing to move to the country’s Siberian wilderness in a bid to boost the area’s economy.The scheme has captured the imagination of the British public, many of whom have been seduced by the area’s stunning natural beauty as well as Mr Putin’s no-nonsense leadership style. 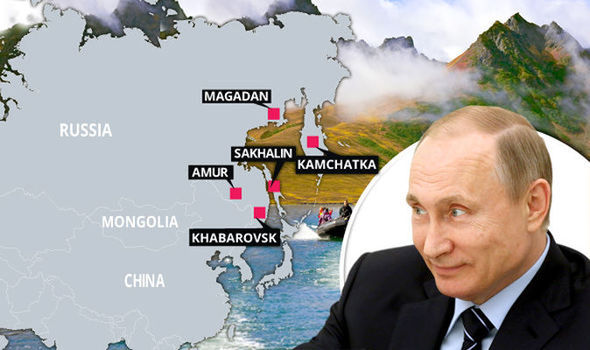 Simon Sharp told Express.co.uk: “As soon as I read about it my wife and I discussed it.”
There’s a certain amount of romanticism. The idea of going back to nature in such a remote area. It would be down to us to test our mettle.”There’s also definitely disillusionment with the UK, with British life. We’re all subservient, we won’t know what’s going on.”He also cited “the change in demographics and seeing rural areas change with urbanisation” as reasons for considering the move.”Another respondant to the poll said: “I like Vladimir Putin even more now. Ah, to be 30 years younger. I would be on my way there now.”Others pointed to the upcoming EU referendum and a possible vote against Brexit as motivation to make the move 500 miles east to ‘the land where ice meets fire.’One person said: “It would be a lot better then living under Cameron’s and Corbyn’s EU law.”Another added: “Thank you for your kind offer Mr Putin, if we do not get out of the EU many may be taking up your offer in the future.” 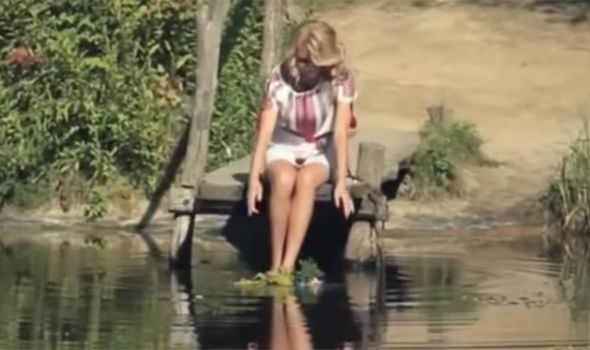 (The video is a bit misleading, since the Russian population is 85% white Slavs.)

Mr Putin is also seen as an attractive president for British citizens to live under – and his approval ratings are soaring – a stark contrast to leaders in Britain.While fewer than 35 percent of people support Prime Minister David Cameron and Labour leader Jeremy Corbyn, Mr Putin commands an 82 percent approval rating in Russia – the highest it has ever been. Despite Siberia’s stunning natural beauty, some people were put off by having bears as neighbo

However, not everyone saw the proposal as an attractive prospect. Many blanched at the temperatures, which can drop to -47 degrees celsius, or found the dual threat of clouds of mosquitoes in summer or hungry bears in winter a little too much.Regardless, the Russian Embassy has confirmed to Express.co.uk that “a number of British people have already expressed interest in the project.”
.

The Upper Peninsula of Michigan, where I live, also has five months of snow and winter, but I like the cold weather! Just put some warm clothes on, duhhh! 😉 I hate hot-‘n-sticky, and five months of sweaty! It is quite beautiful here and with the crisp, dry air of low temperatures you can see every star in the universe…. At night you see the northern lights….

His famous saying: “I am coming at you!”

In 2005, the town of Belgorod allowed the Russian sculptor Vyacheslav Klykov to place a statue dedicated to Sviatoslav’s victory over the Khazars on public land. The 13-meter tall statue, which depicted a Rus’ cavalryman trampling a supine Khazar bearing a Star of David, created an outcry in the Jewish community in Russia. …..Putie lets RT and a guy named Pepe do the warning for him …..Putin’s new “National Guard of Russia” set up to give him a personal army

I did a blog on this topic in German (https://www.johndenugent.com/deutsch/german-putins-langsames-aber-sicheres-schachspiel-wider-das-judentum/), where the National Journal said this is a decisive move on the chess board by President Putin (whom I have backed consistently since 2007) to finally win his 16-year-long power struggle against the still very strong Jewish oligarchs who remain in Russia. Ninety percent of Russian Jews left the country during the Yeltsin years for Israel, the US, Canada and western Europe, but 10% are still there, mostly in the two big cities of Moscow and St. Petersburg, and they are very rich, networked, and they suspect the blond, blue-eyed, and Germany-loving Putin is antisemitic.

As Alexander Dugin has written (a Russian nationalist and Orthodox thinker who was recently excluded from the EU!), Putin has until now never been the “strong man” or dictator the western Jewsmedia denounces him as. He was the means used in 1999 — by former KGB who were sick of the Jews fleecing and destroying Russia under the crypto-Jew Boris Yeltsin — to bring a real Russian nationalist to power.

Putin presides over this powerful faction that consists of 90% Russian nationalists and 10% Jewish oligarchs who are not totally crazy and do not want to kill the Russian national goose that lays the golden eggs for them.

The other clan, whose perfect puppet was Boris Yeltsin, is 100% Jewish, it misses the good old Yeltsin days 1991-1999 of Jewish rape and pillaging of Russia’s wealth, and it wishes to destroy Russia – it knows all true Russians are antisemitic and they always have been — and turn the hated, despised Slavs into their total slaves — sex slaves if female or work slaves if men.

Here is the news:

Putin made an extremely important move this spring which is much more spectacular in its significance than inexperienced people realize.

He created the National Guard of Russia. It is 300,000 soldiers for “internal security,” like the old KGB army under Soviet times… separate from the Red Army!

….like the US Marines under the American system…..(who are taught to dislike the Army and Navy, and that they are “presidential assassins”– I am quoting my own drill instructor in 1977, Staff Sergeant Stricker….) ….and like the Waffen-SS and the Brandenburg Regiment under Adolf Hitler (I met twice the commander of this regiment, Otto Remer [photo], who crushed the July 20, 1944 attempt by Army officers to overthrow Hitler) Every controversial leader needs not just an army — which existed long before he took power and will exist after he is gone, and may or may not like him — but also he requires a 100% loyal special branch of troops.

The Roman emperors had the Praetorian Guards, who often were actually Germans, and thus not involved in internal Roman politics or intrigues. Their job was loyalty and bravery. In the same way, the new National Guard of Russia is a separate army that is directly under the head of state, Vladimir Putin, not the defense minister or the interior minister. …..Corroboration (and it is all far too low-key…. this is a huge move by Putin):

……My articles on Vladimir Putin, not an angel, but a good man

…My video on the new thinking