….. Despite 7,000 readers every day, who however sent no donations, the Rebel site (www.rebel.is) has closed after 9.5 years.

I guess it is because, through the infowars approach (sitting at your computer while the world goes to hell), the Jews have been beaten, and our work is done. 😉

A last email from the Rebel, a German and family man living in Australia:
Dear Reader,
It looks like this might be the last email you will receive from the Rebel of Oz. I gave it might best shot. I gave it 9.5 of my most productive years. My fight deprived my family of over 1 million Australian Dollars in foregone after-tax income, by committing career suicide. I even developed a strategy that could derail the Jew World Order, and yet I wasn’t even able to raise the monthly funds needed to run the Rebel Site. I have had enough.
JdN: 9/11 destroyed his 20-man IT business, and he began looking for the origin of this murderous tragedy. Discovering the zionist malefactor via reading Noam Chomsky and others, he launched the fact-filled “Ziopedia” website in December 2005, which later morphed into the Rebel site in 2009. A family man, he was soon blacklisted in his field. This was the Jeep Grand Cherokee he once drove in his pre-9/11 salad days. But a new life as a militant jew-fighter had begun.

Time to say good-bye,
Your Rebel of Oz

P.S. To do your part to prevent this from happening, if you haven’t already done what you can, please use the donation form below the boxing kangaroo on the right sidebar of the Rebel Site or send your PayPal donation directly to my PayPal account rebelofoz@hushmail.com. That email address and my rebel_of_oz Skype account will be the only way to keep in touch. 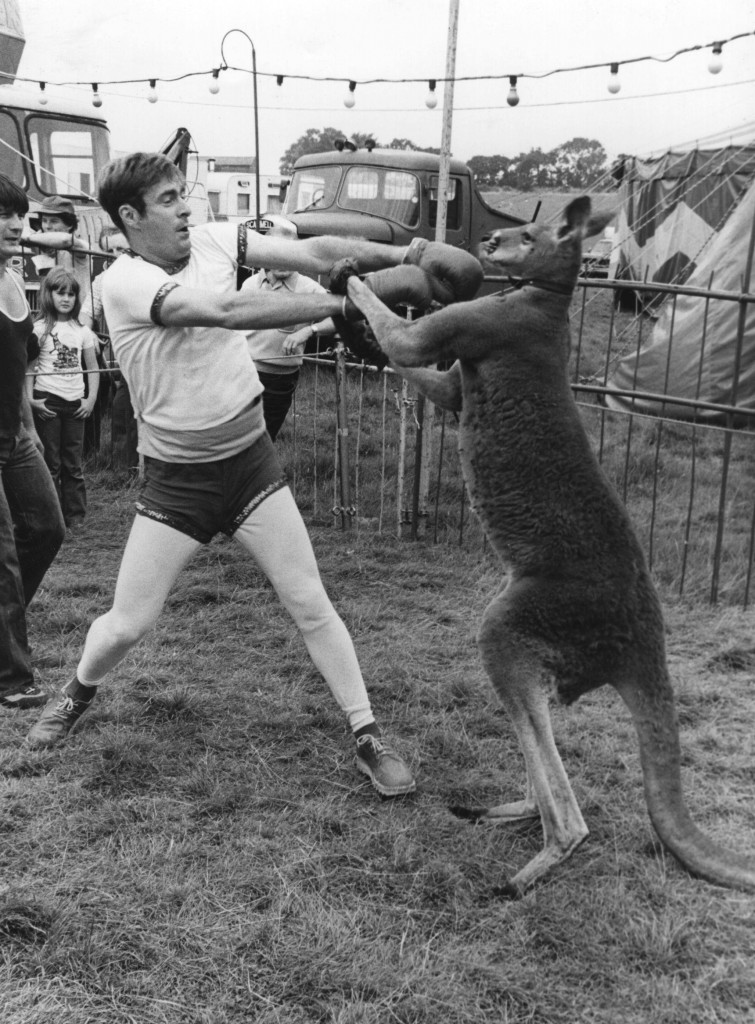 I (and a North Carolina trucker driver and comrade named Jamie ) just spent two days helping Mike Delaney with a vital building project at his home, and the reason was that his “friends” utterly failed to keep their word and promise, and come up and help him as they had agreed to do.

His Trutube.tv site is still several hampered by a major hack.

I was unable to proceed with my own vital work because instead I was swinging a hammer and firing a nail gun, and lugging lumber around at age sixty and with white hair. (I am still in excellent shape, but I was doing a young man’s job.) Meanwhile, those who could have helped and promised to do so, did not keep their word.

But I am sure they spent the last few days typing the words “nigger” and “Jew” all over the Internet 😉 and saying how niggers are lazy and Jews cannot be trusted. 😉 Well, that applies to a lot of whites today too.

.
All the more reason, comrades, to start the new Aryan religion, because most white people today, under constant, lifelong, Jew cultural influence, are now, unlike their ancestors,

cowards staring at their own doom and doing nothing,

Translation: “Dear John – I just saw your video and I am deeply touched by your words THANK YOU for it, very moving, tears in my eyes …. all the best, R.”

“Dear comrade, many thanks for this delightful response.”

“Very happy to say this, dear John. My words come from the heart. Never before have I heard a more touching speech.”

“It has begun! The great battle against the warriors of El (angels) Schaddai (Shadow)! Gather, seek allies and crush the system! Heil Hitler! SPREAD THIS VIDEO, SHARING IT AND GIVE HELP! NATIONAL SOCIALISM NOW — FOR ALL PEOPLES OF THIS WORLD!”!

“Wow! That was a real speech, a real presidential speech! And I really liked how you talked about the third world!” 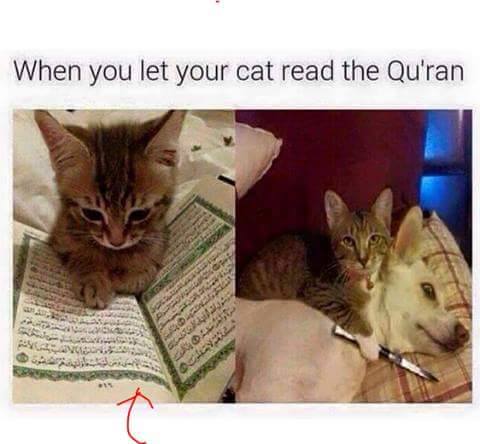 On people with bad karma, chemtrails are having a huge effect. I recently had to make a trip to the doctor in Houghton, the nearest large town, about 60 miles away, and saw during my bus trip that the entire sky for the whole length was chemtrails.

The enemy is very scared of a WN haven being created here, especially with the area being

–many skilled hunters, both male and female,

–outrageous utility rates and car insurance premiums, Â double or triple the rest of the country,

(This county, Ontonagon County, is both one of the whitest and is the very poorest in the state of Michigan, not the Detroit or Flint area.)

A Washington Post article on “racism” produced this map, showing the UP of Michigan as one of the “most racist” areas of the US in terms of frequency of use of the n-word online.

By Christopher Ingraham April 28 at 8:23 AM
http://www.washingtonpost.com/blogs/wonkblog/wp/2015/04/28/the-most-racist-places-in-america-according-to-google/
(Upper Michigan is the topmost red section, right on Lake Superior.) 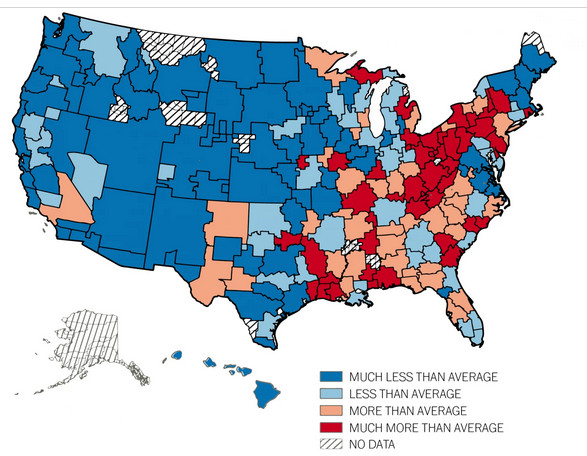 Now, the President of the Confederacy, Jefferson Davis, was released from imprisonment â€œafter a finding by the Chief Justice of the United States Supreme Court, Salmon P. Chase, that there was nothing in the U.S. Constitution that prohibited the secession of states. If secession was not illegal, neither Davis nor any other Confederate leaders could be guilty of treasonâ€.

Any Stateâ€™s right to secede had also been the contention of various Yankee newspaper publishers who were imprisoned for the Warâ€™s duration, without habeas corpus, by the Constitution-flaunting President Abraham Lincoln.Â One presumes that secession remains legal and within the bounds of the Constitution.

Now you know why they are chemtrailing this area like crazy after first Mike Delaney and then I moved here.

They must cripple all white activists, and zombyize their readers and the masses, using now the supposed Charleston church massacre (whether it was real, or fake, or was a real mass murder under mind-control, is now irrelevant) to take guns and free speech from all white males.

The feathery, streaky things you see in this picture are not clouds. They are the result of material left in the wake of jet aircraft, and are referred to by government agencies as mere “contrails,” but the jet contrails we saw as children never ended up as clouds. Do airplanes make clouds, Mommy? NASA would have us think so, but as someone once said, you can’t fool all of the people all of the time.

Variations on a Theme
Here are examples of what’s being done. Is this something we should have been told about? BEFORE they began? The spraying is occurring on

every continent, but no government agencies or officials are willing to discuss it. “Chemtrails” are denounced as a hoax by the Air Force, NASA, and other so-called authorities. Whatever you want to call it, it’s definitely going on!
A plane leaves a trail which fattens and becomes rope-like, spreading into a white mass.

Notice how, instead of dissipating, the trail unfurls and twists like a ribbon.

The sprayed material literally dripping from the sky, descending on our trees, soil and heads.

Prism effects are visible as sunlight shines through reflective and refractive materials.

Christmas morning in California, 2010. Would “pilots” be this dedicated? Unmanned aircraft?

The beautiful Sierras … by the end of the day the trails will have spread, whiting out the sky.

Parallel lines like this have striped many parts of the world for more than a decade.

….Peace of mind is coming!

I JUST DELETED EIGHT COMMENTS and blocked seven “FRIENDS” on my Facebook page.

IF YOU CANNOT DONATE ONE DOLLAR TO ACTIVISTS, DO NOT POST ON MY PAGE And no, you are not an “activist” by posting a link or video on Faceberg.

An activist is someone who has the Joint Terrorism Task Force come three times to your house, who is thrown on the street three times in one year, who sees three squad cars from Homeland Security and the state police come and arrest his assistant on a bogus violation and throw him in solitary for 87 days — THAT IS AN ACTIVIST.

Then have the Wikipedia article on you deleted, your PayPal account closed for life, find the FBI was in your house and your kitchen, where your food is located, and sprayed large red SS’s on your carpet or put strange objects on your cutting board.

Have your millionaire father disinherit you, and your own kids send you a threatening letter from their lawyer, and read defamations about you being a homosexual, pedophile, and con man all over the Internet. THEN you are an activist. If you cannot send one dollar to support the true activists, such as Mike Delaney, Andrew Anglin, the Rebel or me, get off my page and stay off it. Go on Stormfront with the other big-talk weenies and call yourself “VikingSS14/88.” wink emoticon And though you cannot afford one dollar to help an activist risking his LIFE, then go out and buy eight bucks worth of beer.