First, I wish you and yours a meaningful and wonderful Thanksgiving tomorrow.

Second, I appreciate your helpful intentions yesterday when you called me. I know you see me as a quiet citizen and do not wish harm to come to me, and as sheriff you do not want to see a gun battle on South Steel Street with at least one, if not several deaths. I shot expert with the .45 in the Virginia Army National Guard (after pulling an all-night guard duty and coming in first in an infantry battalion twelve-mile march) and this is one 62-year-old who will not tolerate any man laying his hands on me with force â€“ as happened to me as a child, scarring me for decades.

(The Clint Eastwood movie â€œMystic Riverâ€ goes searingly into what can happen to little boys.) Third, by some â€œamazing coincidence,â€ my .40 Hi-Point (serial number X7108664) re-appeared on my dining room table right after I finally went to your office and filed (with the ever-helpful Deputy Weaver) a missing-firearm report.

I therefore withdraw my missing-firearm report.

The weapon has been â€œfoundâ€ or rather the FBI again entered my home, flaunting thus their contempt for my peaceful-citizen rights, and put it back in my house. (I had an incident like this in 2007 in Alexandria, Virginia, three miles south of the Pentagon, where they invaded my high-security apartment â€“ $930 a month for a studio apt. â€“ while out, getting past two electronic locks, brazenly left the door wide open as they left â€“ leaving my apartment contents totally unprotected â€“- deleted documents off two computers on Jewish ritual murder of children, and spray-painted a large red S on the carpet. You know that the â€œfedsâ€ see me as a huge potential threat to their overall goals â€“ a police state ruling over a mulatto world â€“ because you got the trace exactly one year ago from the Ontonagon County Telephone County of the threatening phone call.

So that is the extent of my â€œmilitiaâ€ â€“ one .380 pocket pistol, and one a .40 High-Point pistol â€“ no long rifles, no shotguns, no militias, no practice drills overthrowing anyone, and why would I, of all people, want to overthrow Trump. whom we view as a godsend? 😉

The great physical danger to me now and through until January 20 at noon is from the vengeful, spiteful, â€˜Black Lives Matterâ€-supporting, white-cop-hating, outgoing Obama Administration.

Fourth, my intention is 1) to release my book on spirituality and religion, on scientific evidence of life after death, on the possibility that some may even have more than one life here, and how all this means that people of all races should treat each other well, because a higher and divine power sees our deeds and misdeeds and we are being judged every minute by the Golden Rule.

2) I am going to petition President Trump to set aside land for reservations, like what the Indians have, where those whites (not liberals, of course) who do not intend to die out can preserve their folk ways, such as saying Merry Christmas and not Happy Holidays, their genes, their customs, their language and their values, and get relief from a long process of being overwhelmed and driven out of community after community by blacks and browns in a rapidly darkening America. (The media calls it, ahem, â€œchanging demographicsâ€). This avalanche of invaders is something that we as a people never democratically approved of, nor did the Founding Fathers ever envisage a Third World or â€œgayâ€ America.

We just want to be left alone, sheriff.

If it is okay for the Ojibwa to have reservations (and lucrative casinos, and special fishing rights on Lake Superior), then why cannot a few million whites people not also wish to preserve their future for their kids?

How does THAT idea, asking for reservations for endangered European-Americans under the 1974 federal â€œEndangered Species Act,â€ endanger anyone?

Do Indian reservations threaten anyone? We took their country away, but at least gave them those as refuges so the tribes can live on.

Well, the Establishment is taking America away from the whites now, who were 89% of the population from 1635 on, when my ancestor, Thomas Angell, came here in, until the year 1965, when the Immigration Reform Act of Lyndon Johnson was enacted â€“ with the solemn assurance given that it would not change the ethnic balance here in America, an outright and deliberate lie.

Actually, non-whites are moving into the suburbs, and so whites are now moving –Â  fleeing — in what is called “white flight,”Â  way into the outer suburbs, and even into the far-off “exurbs” — the areas that are mixes of rural farms and residential housing that often lie 50 miles or more outside major cities.

This mass emigration (and it is also happening in England, France, Sweden and Germany) shows whites already fear for their safety and want to preserve their kind by MOVING.Â  Â

Furthermore, despite a near-total media blackout, the scientific evidence has been in for over twenty years that whites were here first in North America,Â  we whites are the true Native Americans, and actually it was the Indians who wiped THEM out!

Bisexual jew Olly Steeds of the Discovery Channel interviewed me in January 2010 in a very hostile 4.5-hour confrontation 4.5 hours, and then only used a few viciously edited minutes of it — because I showed Whites are the true Native Americans.

Two previous Discovery Channel documentaries had also said this: first, “Homicide in Kennewick” in 1999 and second, “Ice Age Columbus” in 2003.

But since Solutreanism supports white pride and the realization how brave and inventive our ancestors were, and proves our right to be here in North America as the first humans, now of course the Jews reverse course and oppose the idea. The â€œgreat houseâ€ which I showed above, built by the Anasazi, (word used by the hostile Navajos that means â€œancient enemiesâ€). That is NOT Amerindian architecture at all. 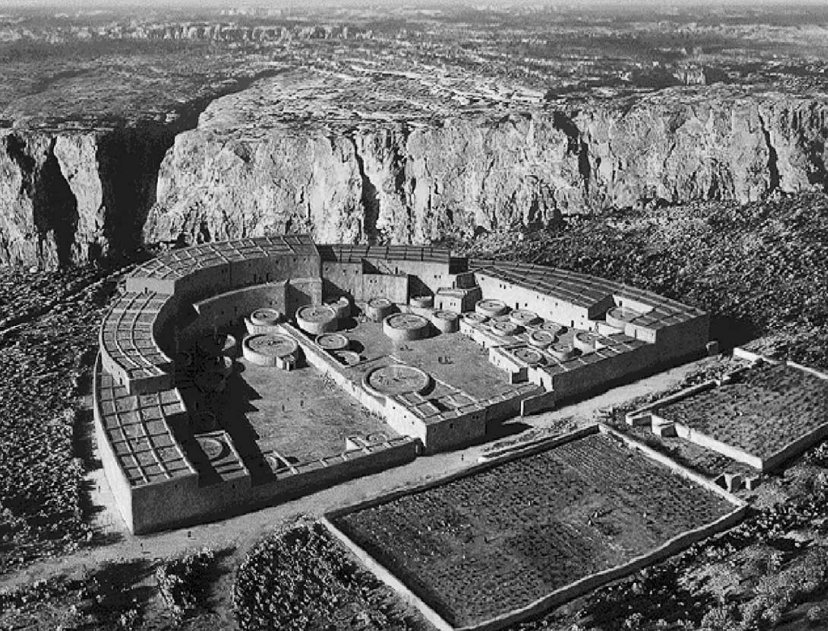 Everything grand in the Americas, as Thor Heyerdahlâ€™s epochal American Indians in the Pacific showed, was originally built by whites. Then Indios, after prospering under white rule and multiplying, overthrew them, massacred them — and everything became primitive again. 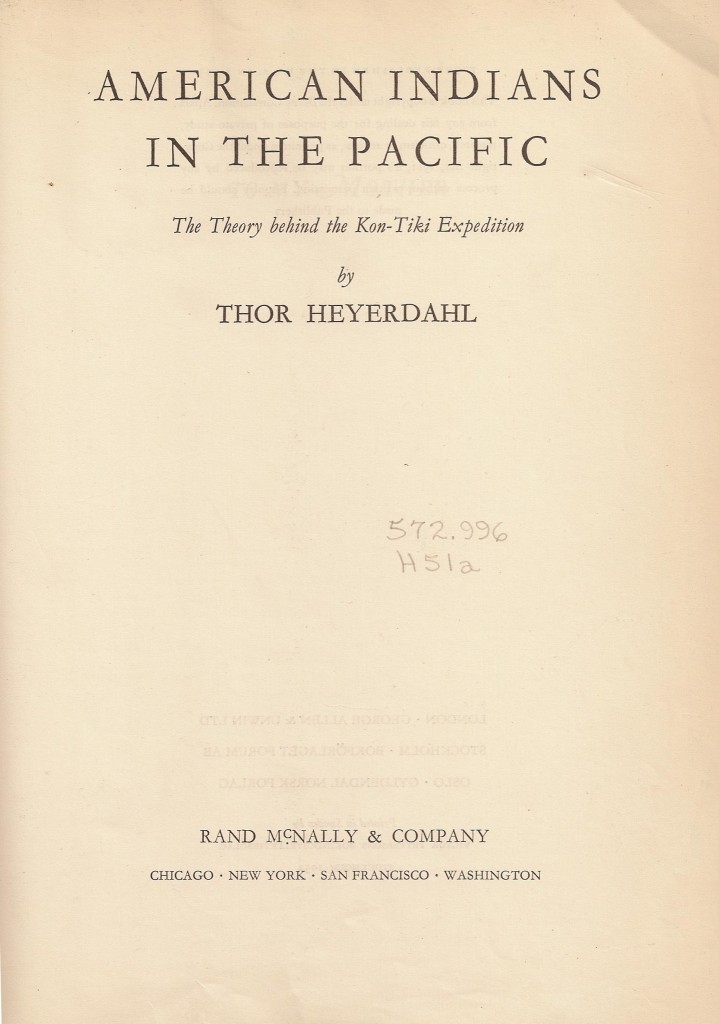 Indian tribes never invented the wheel, written language, the sail, soap, or the use of metals (even on the continents of North and South America that were brimming with iron, copper, gold, aluminum and lead).

The Caral culture of Peru (the culture is called in English â€œNorte Chicoâ€ and in Spanish â€œCaralâ€ (after a main city of that culture inland). It flourished between 3,000 and 1,800 BC and has revealed no evidence of warfare whatsoever â€” no weapons, defensive walls or bashed-in skulls. (http://en.wikipedia.org/wiki/Norte_Chico_civilization)

Diagram of the Layout of Caral 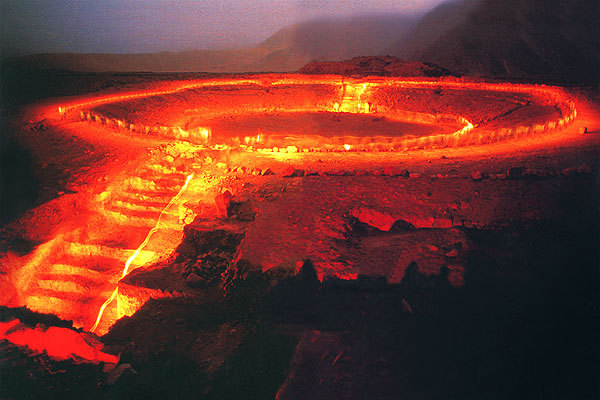 The blond mummies below, to be seen in the National Museum of Anthropology and Archeology in Lima, Peru, were of the Viracocha, who, the Incas told Pizarro, had founded their civilization. The Incas themselves had white skin, unlike their subjects. 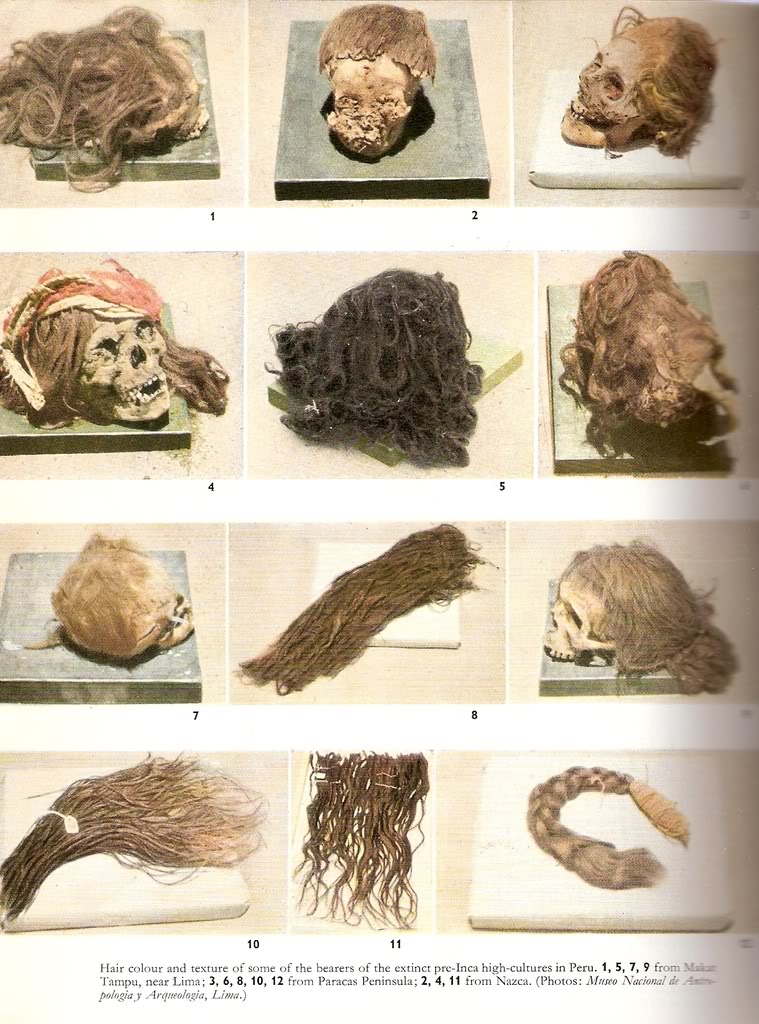 Blond man being human-sacrificed at the Temple of the Warrior (â€œchichen Itzaâ€) a Mayan temple in the Yucatan of Mexico, built around 700 AD. 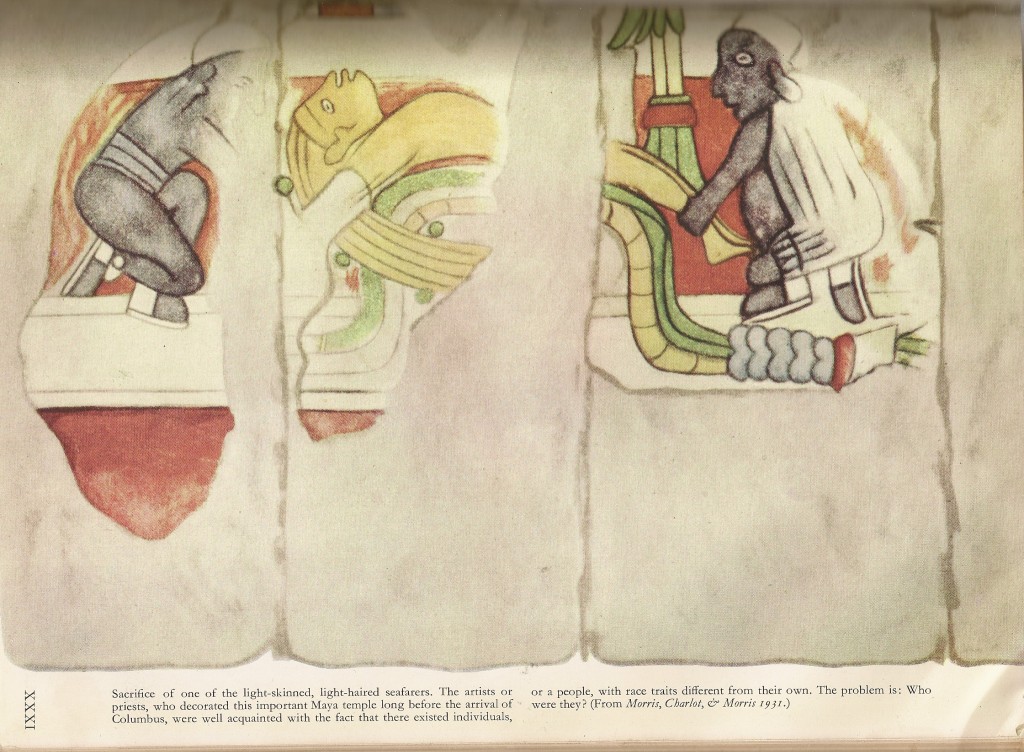 The Moche temple near the Peruvian coast, the Temple of the Sun and Moon. 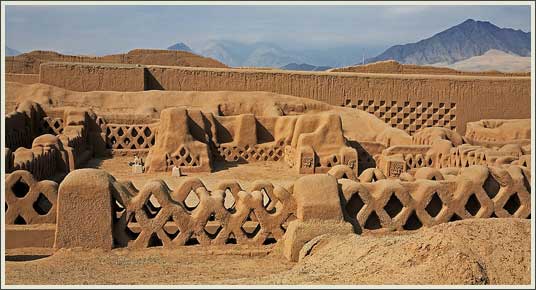 The grave of Sipan 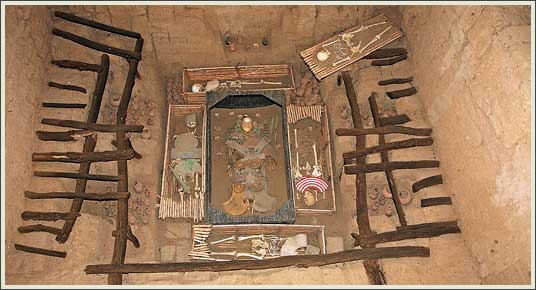 How does the Moche ruler (whose golden mask, called now â€œThe Joy of Sipan,â€ was found in this grave) end up with eyes this color if this culture was Amerindian? 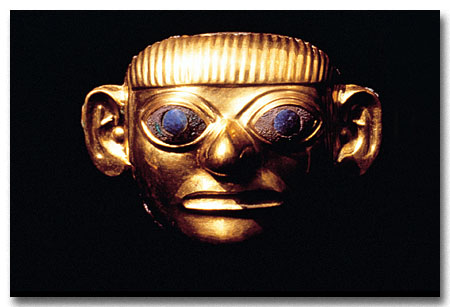 I did a blog last night and a follow-up comment to alert my readers to the new FBI quasi-threat.

Yep, thatâ€™s a messed up deal. As always, donâ€™t talk to the police. You never gain anything. Good job on saying you donâ€™t want to talk to them. This is another example illustrating his black-bolshevik mindset and his will to do harm to our founding white American people in his final months. He has ordered a halt to all aerial surveillance of the US-Mexican border so more hispanix can pour in before Trump cracks down, all â€œundocumented Democrats.â€ (Texans are outraged and the governor, Greg Abbott, says he may activate the Texas Air National Guard to surveil the border.) Another comrade asked me:

Did you know the Sheriff, so they thought he could talk you into it? Is that what they were doing?

Yes, sort of, but the FBI always goes through the local sheriff if no charges have been filed â€“ out of respect for his historic sheriff role, going way back to medieval England, as the chief LE (law enforcement) officer in his county.

The sheriff himself is a decent guy, does not throw his weight around or act like a bully, and just won reelection handily by being tough on crime but friendly to law-abiding citizens, of whom I am certainly one.

Though he is a Democrat on paper, I would not be surprised if he was also for Trump, like most law enforcement personnel, and he knew well that I had three Trumps sign on my house right on the main street going into town.

He also approved my concealed-carry permit. (The Michigan system until around the end of last year was that a county board approved or rejected all CC permits; the Michigan CC permit is recognized in 35 states. and the mandatory course and pistol range test are very good.)

And he was very well aware of the threatening phone call I got from the White House, because I brought his office a copy of the phone trace by the Ontonagon County Telephone Companyâ€¦â€¦ showing clearly the â€œWhite House Switchboardâ€ number as the calling party and me as the called party.

He was actually just as friendly and respectful on the phone yesterday as he has always been, and told me in sort of a reassuring way that he would be right there with me during the FBI conversation, which I appreciated, though I probably came across more as outraged at the FBI than appreciative of his attempt at helpfulness, which I do regret.

But I have zero benefits â€” and only risks â€” from any gullible willingness to talk to federal enemies eager to help the Obama tyranny to explore new ways to cause me further misery, poverty, fear, defamation â€” or even death.

I cannot wait for Trump to get in â€” and for the end of the disgraceful misrule of our country by a bisexual, bolshevik, half-Jewish, illegal alien who should be arrested for multiple frauds and at least four murders of people who knew of his bisexual pastimes. And I hope his illegal-alien ashes after jhis execution for four murders are deported back to Indonesia, the only country in which Barry Soetero (real name of Barack Hussein Obama) holds any citizenship.

I will repeat what I said yesterday, respectfully as always, to Sheriff Dale Rantala:

â€œIf anyone thinks they can come here to arrest me on some trumped-up charge, a man who has committed no crime, there will be trouble.â€ In conclusion, sheriff, thank you for being a good and decent man and law enforcement officer, and you will get no trouble from me. My goals are the peaceful rescue of a dying-out people, but the still dangerous Obama (who gave us the dubious James Comey at the FBI), is a racist hater who objects to the existence of white people in general.

Never have race relations been worse than under this man, who has also caused me specifically terrible misery.

And this barely disguised hatred for white Americans by Obama is, IMO, another big reason why Trump won.