Excellent Russian UFO documentary, “Men in Black,” is however in the popular tv style and does not go “all the way”.

But even the Russians, including Putin, fear the Jews (Trump is no different) and so this documentary drops the most astounding statements into the narrative blithely, and in the most indirect way:

“Information about alien technologies is possessed only by a small group of people/known as a ‘secret society’ that rules the world” (Of course, they do not say any more about this group that happens to, ummm, yeah, RULE THE WORLD.Â 😉 ) This graphic basically lays it out: Reptilians using Greys, using Illuminati, using Jews, using Americans. In all cases, the victim does not know he is being used, certainly does not want to HEAR he is being used, and thusÂ neverÂ rebels.

As Goethe said: “Niemand ist mehr Sklave, als der, der sich frei wÃ¤hnt.” = “No one is more a slave than one who deludes himself he is free.” Illuminati and Freemasonic symbols all over Washington DC, as an enslaving force hijacked a bold movement in 1776 for human freedom:

Of course, this “small group of people” (the Big Jews) is opposed by other groups, which are always looking for groups that can undermine the grip of the first group.

But nuclear war is no option, for all sides have nukes: America, Russia, China, Pakistan, India, Israel, the Fourth Reich, and various ET civilizations. Any resort to such weapons by one side would result in MAD, Mutually Assured Destruction.

Btw, I just saw a documentary on Mars on the History Channel, and it talked about evidence of a nuclear war on Mars, including the telltale green glass, which is also found all over the earth. (The first US nuclear bomb test, in July 1945 in Alamogordo, New Mexico, resulted in a pool of green glass at the ignition site.) A clump of green glass from Alamogordo that had been sandÂ

This has to do directly with why I am founding a new Aryan religion to save our race, because

1) Humans do need answers when they begin to really despair, when they are in bad shape emotionally or financially, or just feel very empty inside, to

Why am I here? and What happens when I die?

2) The Jews control in the Western World virtually everything existing now, except of course something new, which they did not found and is designed so they cannot infiltrate it, subvert it, and either control or destroy it.

It is clear that the Jews plan total white genocide. And every WN knowing of this plan who does nothing is helping them.Â https://www.johndenugent.com/english/the-psychopathic-real-mission-of-jewry-by-herve-ryssen/

In a nutshell, earth is a very desirable planet and various humans and other intelligent species — humanoids with two arms, two legs, one head, two eyes, etc. — Â have colonized it repeatedly, and are using it now.

Some are good, some evil and most are inbetween, going about their own business.

We ourselves all are â€œaliensâ€ in this sense â€” that we descend from those who came here long ago from other planets that are human-inhabited. (Humans come from the galaxy, not monkeys, Darwin, except for Barack Obama, of course.)

And the non-human species do not consider earth to be â€œoursâ€ in any sense whatsoever, nor themselves as trespassers, any more than the Russians in the Antarctic would consider themselves, the Americans or the Norwegians as either owning Antarctica or as being trespassers on it. It is being USED by all, and is not owned by anyone. That is how earth is seen. And we earth humans are seen as semi-civilized, semi-barbaric.

The Iliad openly states that Achilles was the grandson of Zeus; the Greek gods were not righteous, kind and loving beings, but technologically very advanced humans who had libidos, quarreled and fought, and could fly and fire â€œlighting boltsâ€ at others. The Latin word for a god, â€œdeus,â€ goes back to the Indo-European wordâ€œdyaus,â€ meaning â€œshining one,â€ and is related to our word for â€œday[time]â€. Exonordics (as I say, HUMANS FROM HIGHER WORLDS) were very quietly behind the beginnings of the Third Reich in Munich, Germany AND SOME OF ITS ASTOUNDING WEAPONRY, but dared not openly intervene out of urgent self-interest. This is the introductory page. For the full essay from the year 2013, which I keep updating, please go here:http://johndenugent.com/ufos-the-third-reich-after-1945-and-the-pleiadians/the-fourth-reich-and-nordic-aliens

It seems clear to me as a trained one-time interrogator in the United States Marine Corps that his young Jewish audience in Israel, on Israeli Memorial Day in 2011 (May 9 that year), â€œYom Hazikaron,â€Â was a bit surprised by what the rabbi said (though they did not laugh at or mock him, since rabbis are revered in Jewish culture as both holy men and as learned scholars). I do think Rabbi Laitman was saying unauthorized things.

It is also clear to me by his body language that he was not kidding or joking.

Nor would any Jewish speaker make jokes on Memorial Day, where Israel honors its 23,000 dead (soldiers and â€œvictims of terrorismâ€) since 1860.

The video begins at 15:20 because that is when the interesting topic of Jews being aliens is first broached.

(So many scoff at Jesus at John 8:44 â€” but here this Jew admits Jews come from another dimension.) 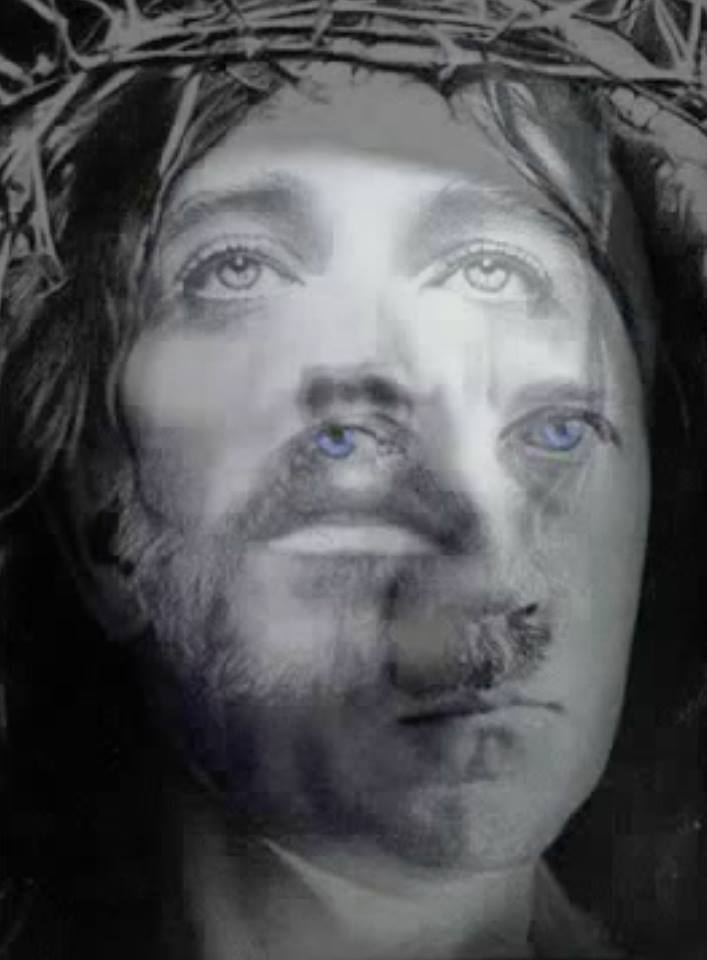 â€œYou are from your father, THE DEVIL!â€ https://en.wikipedia.org/wiki/Echo_of_MoscowÂ  This station, owned by the energy giant Gazprom, represents many points of view and has 2.7 million listeners daily, mostly well-educated and affluent people over 40. One third of them reside in the capital, Moscow.

â€œ[It is] one of the most important voices in the countryâ€ â€” Berliner Zeitung, Germany [https://de.wikipedia.org/wiki/Echo_Moskwy] 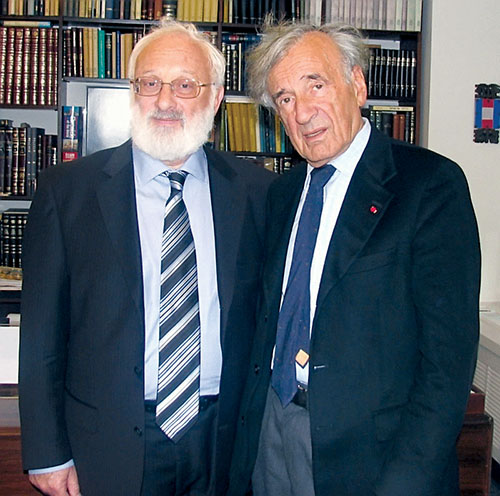 â€œHello, today we are on [Israeli] Memorial Day, honoring those who died for Israel. And we decided to dedicate it to the topic of the Israeli nation. You [listeners and attendees] can ask questions [of the guest speaker] on kav.tv.

[He then talks about Jews being like a squad of commandos ( a small number of warriors) on a mission to learn about and conquer a new place.]

03:41 â€œThey are like those reincarnating souls who follow their instructions, cycle after cycle, and when they come to the right place, they need to set themselves up, and align themselves for the Last Battle.â€

Many Orthodox Jews, especially Hasidim and Lubavitchers, believe in reincarnation, an idea â€œborrowedâ€ from Aryans. The Orthodox Jews are about 10% of Jewry, but are the most fanatic and committed and therefore have huge power in the Jewish organizations, whereas many other Jews just worry about making money and daily life, and only go to synagogue on the â€œHigh Holy Days,â€ not unlike Christians who only go to church around Easter and Christmas, and to weddings, baptisms and funerals.

At my Reincarnation Evidence, essay, please scroll way, way down to this comment by a Jew (https://www.johndenugent.com/reincarnation-evidence/#comment-614975) where he writes: 5:53-6:53 â€œWe have to succeed in the inner warâ€¦.. If we win over ourselves, then the external enemy disappears. If not, then we must also fight the external enemy. â€¦ We are entering the time zone now [of the Final Battle].â€

He then says that Jews are corrected more and more in each incarnation, and if they are corrected internally the external difficulties [in conquering the earth] will be shortened.

09:20 [A student asks] â€œYou said that Israel is like a commando unit spent on a special mission.â€Â  Laitman answered yes, inside a hostile country [ = the Gentile world].

11:18 Laitman makes a drawing, visible on a screen to his audience, showing Israel (the Jewish people) coming from an outside world into a hostile gentile world. [This does not refer merely, as one might expect, to the well-known historical fact of European and American Jews moving to Palestine. He will develop this idea further shortly.] JdN: Does he mean this? 15:33-53: â€œSo from this entire planet we are the aliens.Â  Weâ€™re coming [= the ancestors of the Jews] from a different galaxy.

We receive this ray of light, this awakening, individually, and now weâ€™re gathering as groups and starting to prep[are] ourselves to conquer Earth.

[Sees a quizzical expression on a student.] [Student] â€œHow do we conquer it?â€

How do we conquer it? Weâ€™re also sent the method. Weâ€™re being shown everything, gradually; weâ€™re being taught â€” or not taught â€” being trained, being activated, and then that emotion, in our mind, awakens us.

Itâ€™s new for us [right now] but in fact it is coming from our original planet. And thanks to that original, natural force that we have, weâ€™ll take over those living on Earth.

[Sees again a quizzical expression in this student.]

Why are you looking at me like that? I am telling you that

16:42 â€œHaving that energy from that planet, we will take over those living on this earth.â€

At 20:42 he refers to â€œthe people of earthâ€ that the Jews must conquer and leadâ€¦. 25:28 Jews at one time were almost dissolved into the â€œearthlings.â€

…..Evidence of ancient aliens in art

With regard to the Jews and Hitler, “the immovable object meets the irresistible force.”

This force is a new Aryan religion founded by Adolf Hitler in his next life.

“What does Christianity mean today? National Socialism is a religion. All we lack is a religious genius capable of uprooting outmoded religious practices and putting new ones in their place. We lack traditions and ritual. One day soon National Socialism will be the religion of all Germans. My Party is my church, and I believe I serve the Lord best if I do his will, and liberate my oppressed people from the fetters of slavery. That is my gospel.”