Oliver Stone’s “Alexander” [the Great] movie was perhaps the worst movie of the last twenty years, portraying the Macedonian Greek warrior-king as a vain, petulant, peroxided-with-dark-roots bisexual. (I could not finish watching this flop; as a Marine I could not imagine ANY army following such a faggot as Stone’s “Alexander.” 😉 )

However, his film “Wall Street” with Michael Douglas and Charlie Sheen was right on the mark, and portrayed the greedy and youth-corrupting villain-tycoon almost directly as a Jew in the person of the Jew Douglas’ character, “Gordon Gecko”.

*** Wiki on Stone ( I have bolded those films of his that I myself have seen and recommend):9

William Oliver Stone (born September 15, 1946) is an American screenwriter, film director, and producer. Stone won an Academy Award for Best Adapted Screenplay as writer of Midnight Express (1978). He also wrote the acclaimed gangster movie Scarface (1983). As a director, Stone achieved prominence as director/writer of the war drama Platoon (1986), for which Stone won the Academy Award for Best Director; the film was awarded Best Picture. Platoon was the first in a trilogy of films based on the Vietnam War, in which Stone served as an infantry soldier. He continued the series with Born on the Fourth of July (1989)—for which Stone won his second Best Director Oscar—and Heaven & Earth (1993). Stone’s other notable works include the Salvadoran Civil War-based drama Salvador (1986); the financial drama Wall Street (1987) and its 2010 sequel Money Never Sleeps; the Jim Morrison biopic The Doors (1991); and a trilogy of films based on the American Presidency—JFK (1991), Nixon (1995) and W. (2008). His latest film is Snowden (2016).

Do I think Stone is now a “good guy” for his remarks below? Not sure. He apologized later for offending the Jews. I think he is still sort-of a liberal, and he is married to an Asian.  He certainly does a good job of CYA by acting liberal, and stays in good, thus, with Hollywood Jews.

*** Wiki on the Stone apology

In an interview with The Times newspaper on July 25, 2010, Stone claimed that America does not know “the full story” on Iran and complained about Jewish “domination” in parts of the U.S. media and foreign policy, notably his view that Adolf Hitler was misunderstood due to Jewish control of the media. When Stone was asked why so much of an emphasis has been placed on the Holocaust, as opposed to the 20-plus million casualties the Soviet Union, for example, suffered in World War II, he stated that the American Israel Public Affairs Committee (AIPAC) was an overly powerful Jewish lobby within the U.S. The remarks were heavily criticized by Jewish groups, including the Simon Wiesenthal Center.

Yuli Edelstein, the speaker of Israel’s Knesset and the leading Soviet refusenik, described Stone’s remarks as what “could be a sequel to The Protocols of the Elders of Zion“,[75] and the American Jewish Committee,[76 ] as well as from Israel’s Diaspora Affairs and Public Diplomacy Minister.[75] 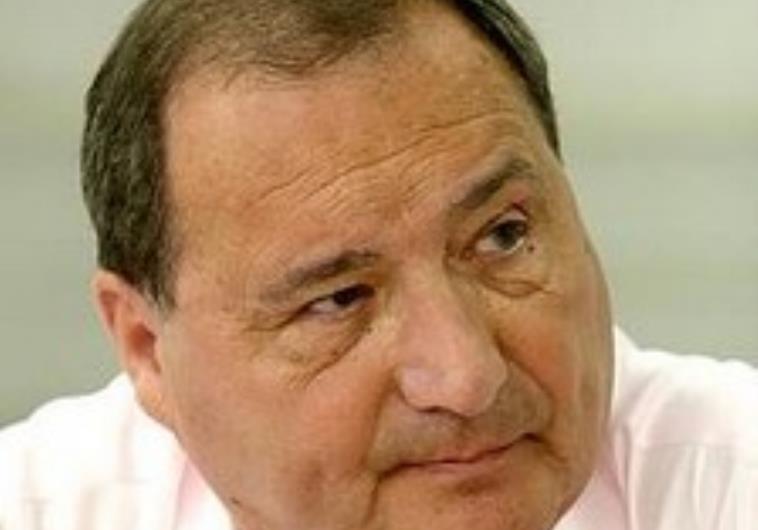 A day later, Stone stated: “In trying to make a broader historical point about the range of atrocities the Germans committed against many people, I made a clumsy association about the Holocaust, for which I am sorry and I regret. Jews obviously do not control media or any other industry. The fact that the Holocaust is still a very important, vivid and current matter today is, in fact, a great credit to the very hard work of a broad coalition of people committed to the remembrance of this atrocity—and it was an atrocity.”[77]

Two days later, Stone issued a second apology to the Anti-Defamation League (ADL), which was accepted. “I believe he now understands the issues and where he was wrong, and this

Finally, Stone volunteered for combat in Vietnam, not a very Jewy thing to do, and in fact very few young Americans of any background did that. 😉

He served in the US Army in the infantry with distinction and was wounded twice. And his  Jewish father had served in combat too, in WWII, and was not a practicing Jew, either. In fact, his father became a conservative Republican — and also the key influence on his life, his mother being an emotionally distant person. A number of his movies deal with older men who mentor younger men. 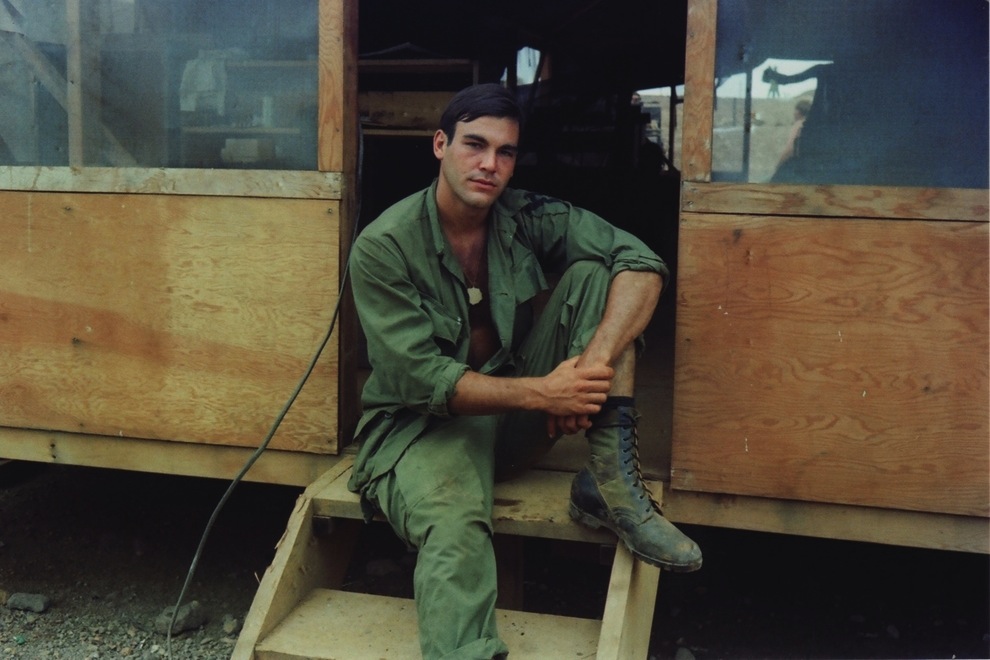 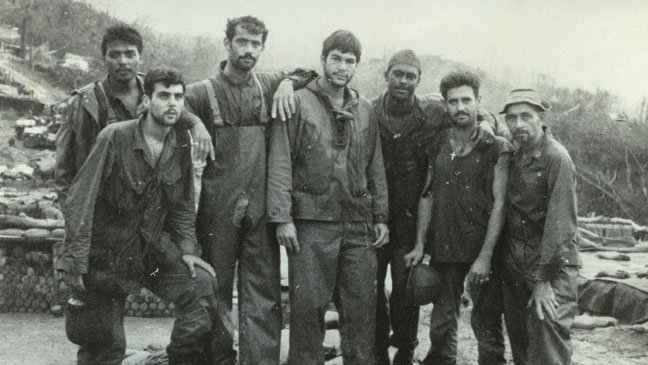 Last but not least, Stone has spoken out in favor of Wikileaks head Julian Assange, done a movie heroizing Edward Snowden, and has recently published interviews of Russian president Vladimir Putin that were neutral-to-friendly in their effect on the viewer.

IMO, he is like Alex Jones or Mel Gibson, for that matter. They all go as far as they can. 😉

Jewish control of the media is preventing an open discussion of the Holocaust, prominent Hollywood director Oliver Stone told the Sunday Times, adding that the U.S. Jewish lobby was controlling Washington’s foreign policy for years.

Jewish control of the media is preventing an open discussion of the Holocaust, prominent Hollywood director Oliver Stone told the Sunday Times, adding that the U.S. Jewish lobby was controlling Washington’s foreign policy for years.

In the Sunday interview, Stone reportedly said U.S. public opinion was focused on the Holocaust as a result of the “Jewish domination of the media,” adding that an upcoming film of him aims to put Adolf Hitler and Soviet dictator Joseph Stalin “in context.”

“There’s a major lobby in the United States,” Stone said, adding that “they are hard workers. They stay on top of every comment, the most powerful lobby in Washington.”

The famed Hollywood director of such films as Platoon and JFK, also said that while “Hitler was a Frankenstein,” there was also a “Dr Frankenstein.”

“German industrialists, the Americans and the British. He had a lot of support,” Stone told the Sunday Times, adding that “Hitler did far more damage to the Russians than the Jewish people, 25 or 30 [million killed].”

Referring to the alleged influence of the powerful Jewish lobby on U.S. foreign policy, Stone said that Israel had distorted “United States foreign policy for years,” adding he felt U.S. policy toward Iran was “horrible.”

Stone’s comments to the Sunday times echo pervious remarks by the Hollywood director, regarding what he conceives as the distorted view of figures such as Adolf Hitler and Josef Stalin in U.S. media.

Earlier this year, Stone, speaking at the at the Television Critics Association’s semi-annual press tour in Pasadena said that “Hitler is an easy scapegoat throughout history and it’s been used cheaply.”

“He’s the product of a series of actions. It’s cause and effect … People in America don’t know the connection between World War I and World War II, Stone said adding that through his documentary work he has been able to “walk in Stalin’s shoes and Hitler’s shoes to understand their point of view.”

“We’re going to educate our minds and liberalize them and broaden them. We want to move beyond opinions … Go into the funding of the Nazi party. How many American corporations were involved, from GM through IBM. Hitler is just a man who could have easily been assassinated,” Stone said.