Amazing images of a long-forgotten Germany: Fascinating book shows landmarks at turn of the 20th century before country was devastated by two World Wars

By DARREN BOYLE FOR MAILONLINE

These are the amazing images of a young and optimistic Germany around 1900 only three decades after the country was unified under the second Reich.

The nation was rapidly industrialising, it was a time when German engineers and scientists were forging ahead. Domestically, new homes were needed to house the industrial workers. Tenements were created, but so where spacious new avenues and city centres.

The German economy was booming and Europe was at relative peace. The military was being rapidly expanded and the Kaiser enjoyed great popularity among his people.

Scroll down for videoÂ 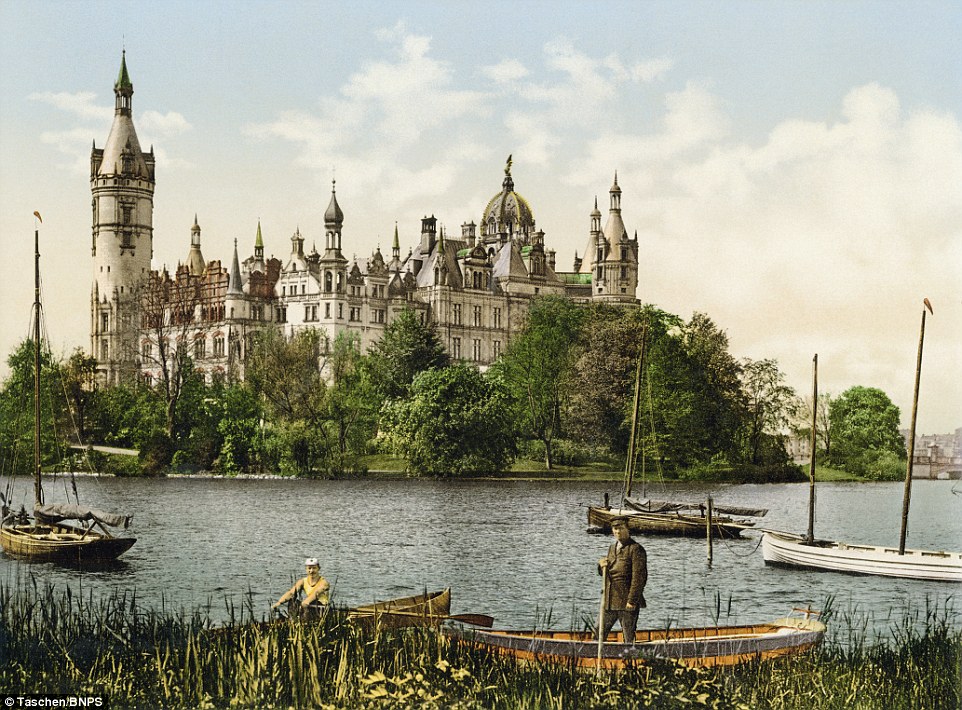 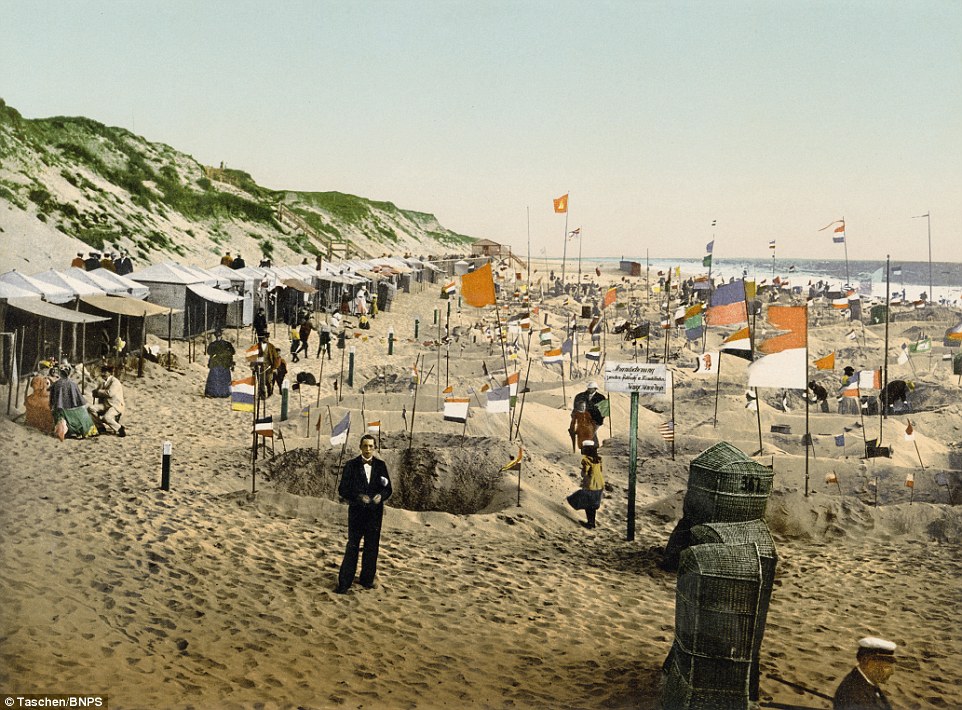 The amazing images show a time of peace and serenity in Germany, here featuring the coast round Westerland 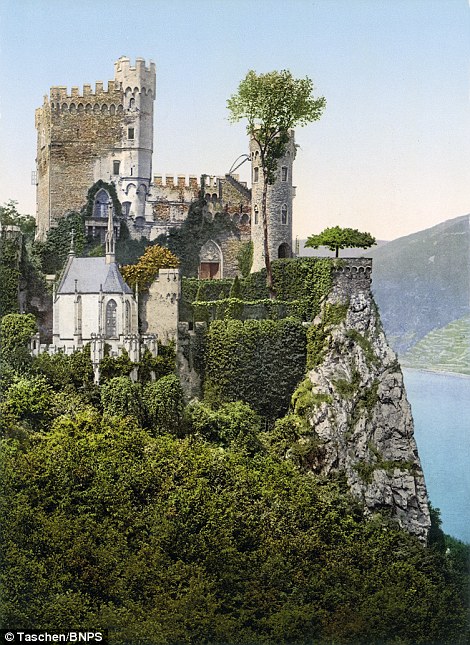 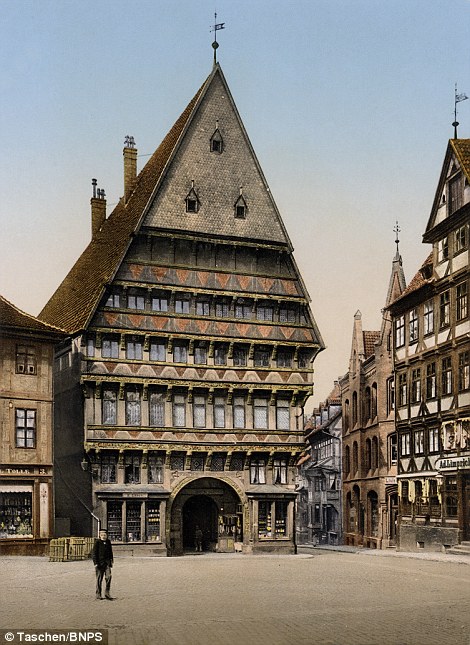 Now that forgotten era in German history has been shown in an amazing colour book featuring 800 photographs.

According to the publishers Taschen, Germany Around 1900: ‘The turn of the 20th century seemed full of promise for Germany. The suburbs may have teemed with tenements to house the new industrial proletariat, but on spacious new avenues in the city centres, people strolled proudly past magnificent bourgeois residences. The economy was booming, the aristocracy and the military enjoyed unlimited social prestige, and most of the population revered the Kaiser.

‘Through some 800 colour pictures, this book presents turn-of-the-century Germany as it liked to see herself: self-confident, glittering, patriotic but also with a belief in progress and â€“ for those who could afford it â€“ a cosmopolitan flair. As in the critically acclaimed An American Odyssey, the images are all rare examples of the historical photochrom process, a printing technique that allowed black-and-white photographs to be reproduced in colour.

‘From Ludwig IIâ€™s fairy-tale castles in the Bavarian Alps to glamourous bathing resorts on the North Sea and Baltic, the pictures reveal a Germany of optimism, beauty, and transformation. Technical innovations and modern boulevards sit alongside medieval towns, rural traditions, and mystical forests, creating a fascinating and nostalgic panorama of a long lost epoch before the ravages of time and history set in.#

Germany Around 1900 is published by Taschen and costs Â£135.Â 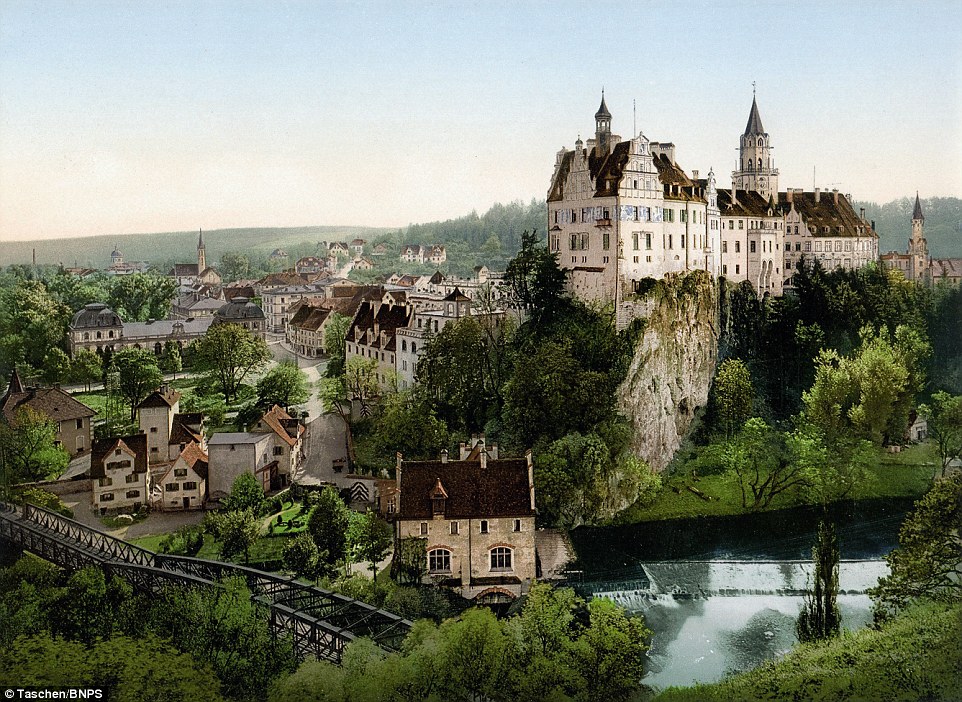 A special technique was used to apply colour to the pictures, including this one of the Castle of Sigmaringen near Switzerland 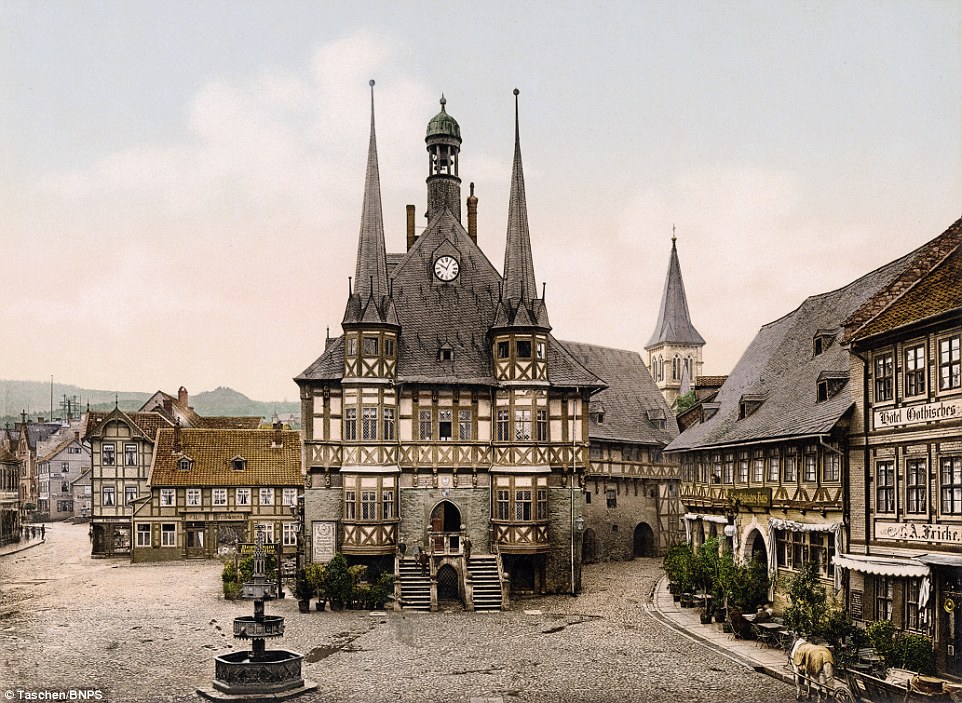 The wonderful colour in this photograph of Wernigerode Town Hall, pictured, brings the town centre to life in a time before cars 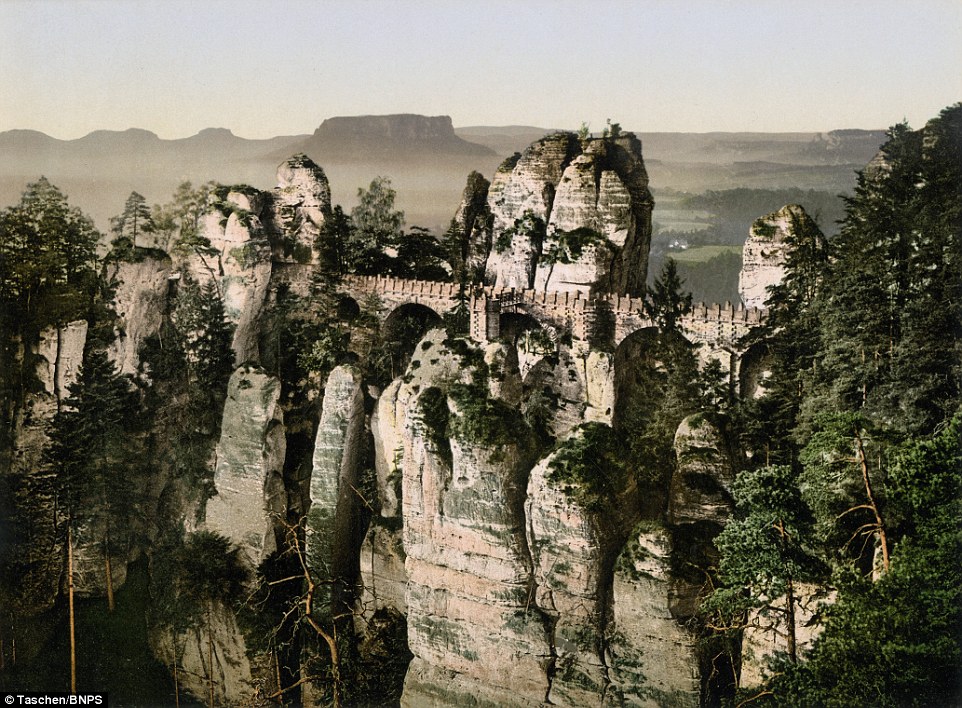 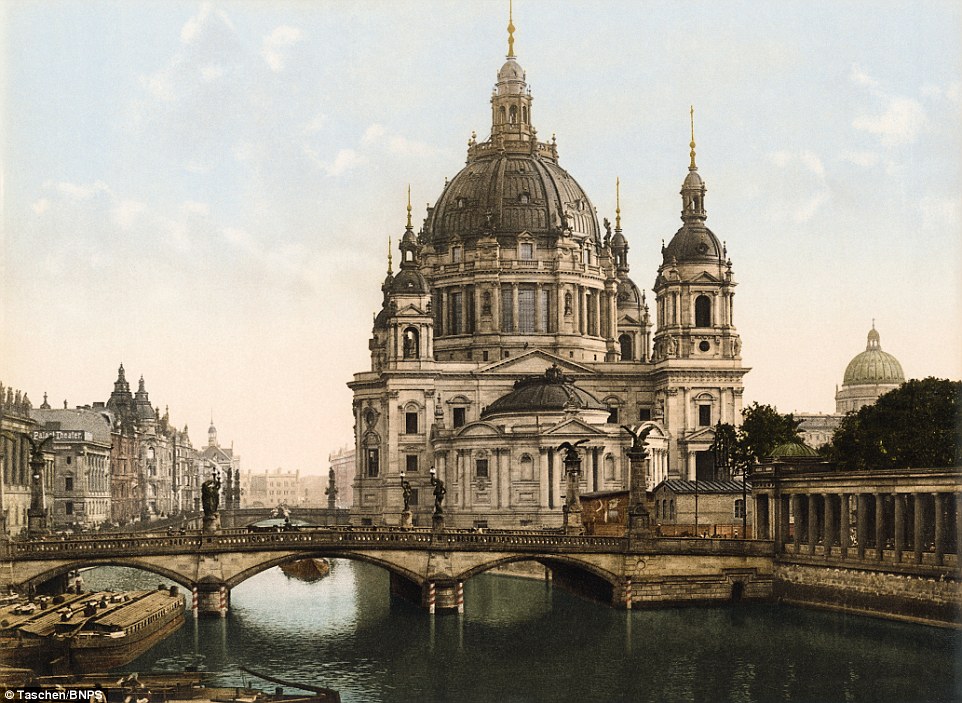 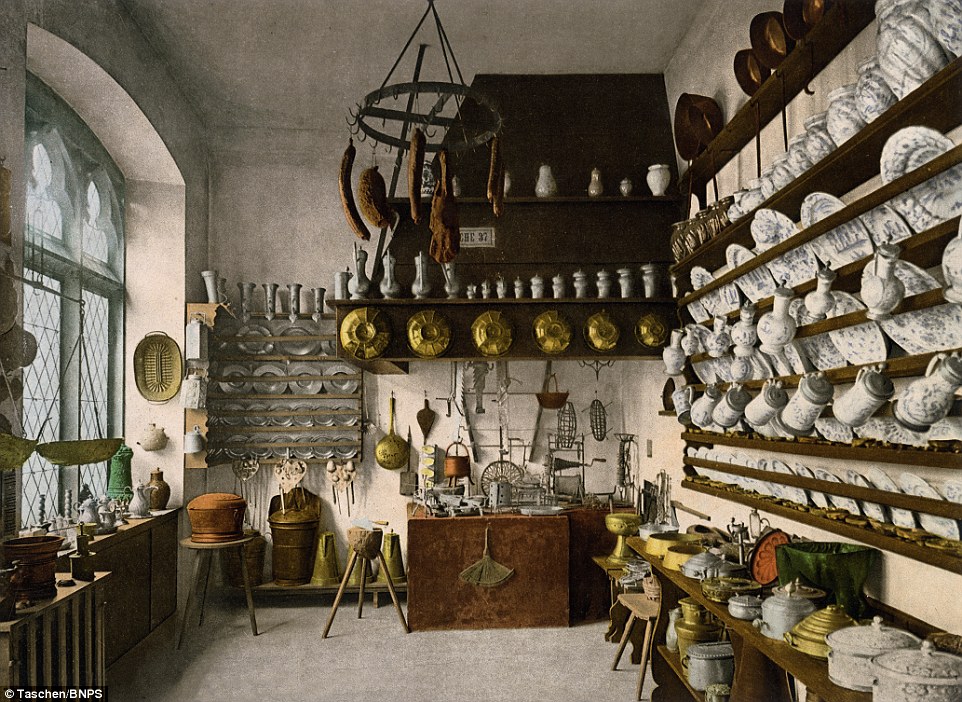 Here a traditional German kitchen has been captured from a time before electricity, white goods and modern conveniences 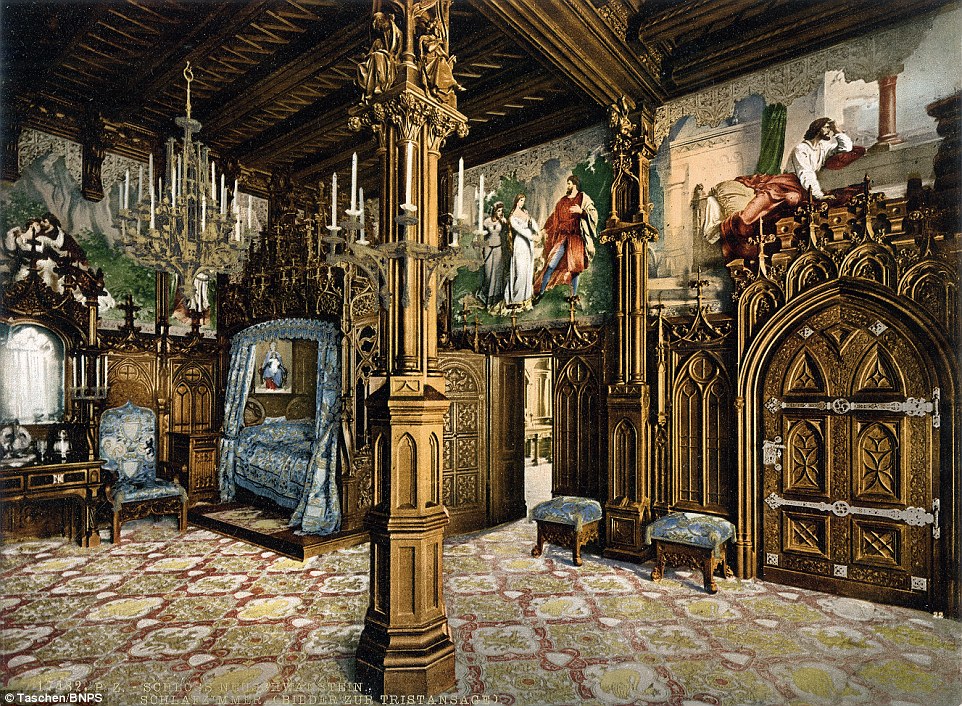 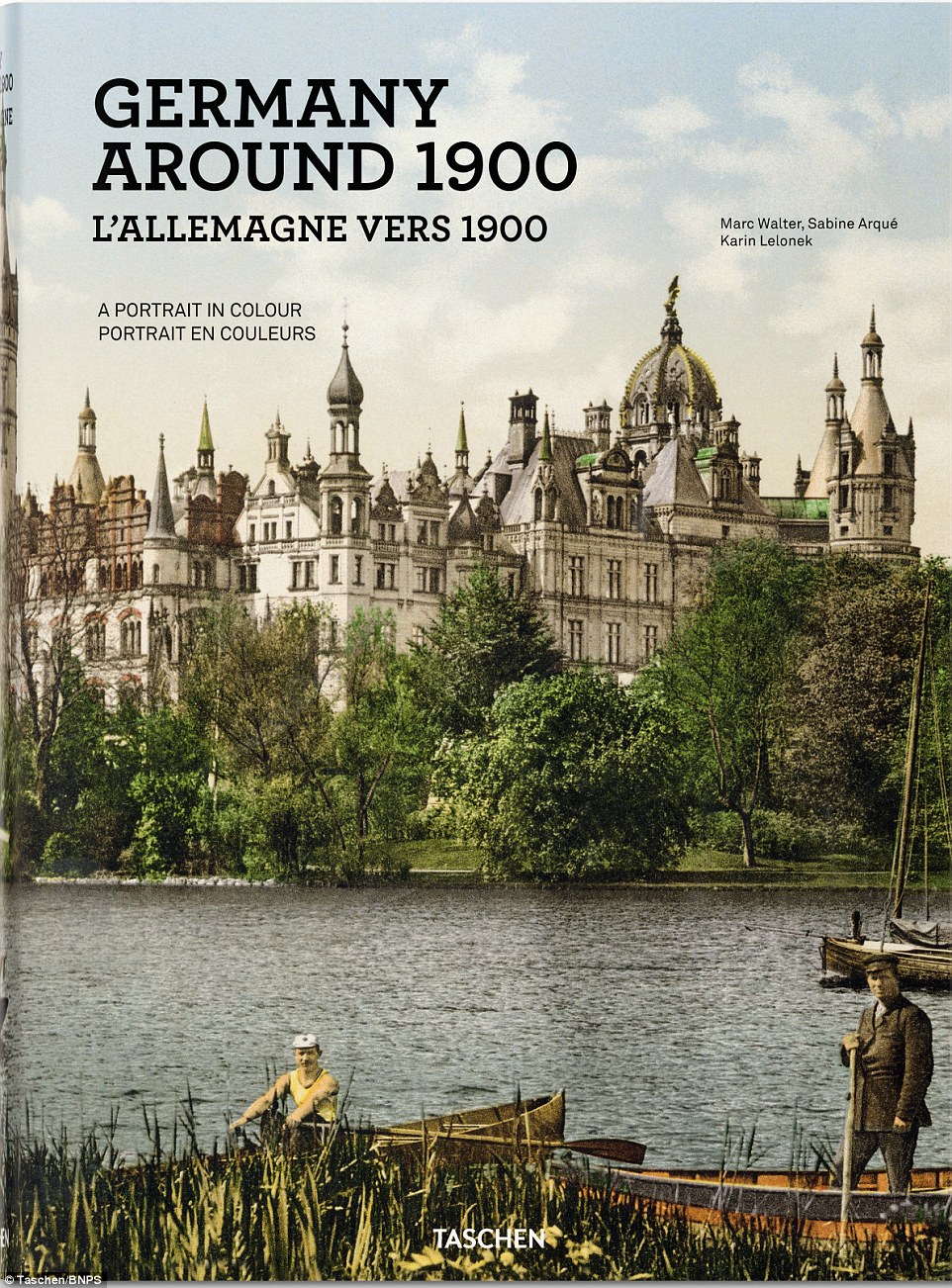