Spread the love
This shocking footage is causing quite a stir online.Some have already branded the clip definitive PROOF of alien lifeforms.The video â€“ which is reportedly shot from the International Space Station â€“ shows three unidentified flying objects blast out of Earthâ€™s atmosphere.The lights leave our planet seconds before the live video feed is cut by NASA due to a reported â€œloss of signalâ€. 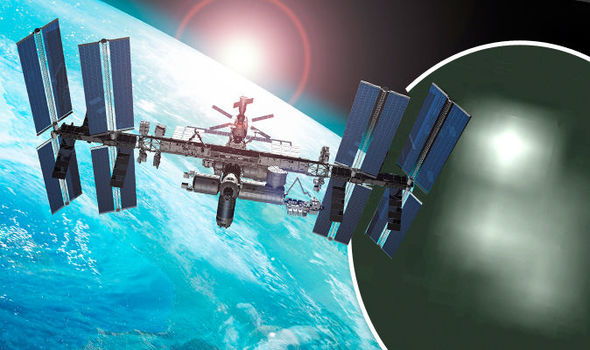 Conspiracy theorists have already labeled theYouTube clip â€“ which has been watched more than 15,000 times â€“ proof of alien life.â€œBINGO Caught them red handed leaving earths orbit,â€ one viewer wrote on Youtube â€œThats the kind of proof that is needed.”Another posted on the video sharing website: â€œCut the cameras more that just confirms its true.â€The NASA footage â€“ entitled â€œUFO Mysteries: UFOs, Angels Or Biological Creatures Seen Leaving The Earth?â€ â€“ appeared online earlier this week.
But this is not the first time conspiracy theorists claim NASA has inadvertently captured extra terrestrial activity.Live streams from the International Space Station have triggered hundreds of viral videos claiming to show proof of alien crafts.One such clip â€“ posted on YouTube by user Streetcap1 â€“ reportedly shows a small white disc flying near to the space station.Critics claim the alleged UFO sightings on the live feed are simply down to NASA’s poor camera and this latest sighting is likely to be a distorted view of the Moon.

…..My monster essay on alien life, how WE are aliens (we descend from colonizers), many aliens are advanced humans that look like us, and the Fourth Reich exists 70 years after 1945