A black friend send me this article and asked for my reaction:Â

A Jew was surely behind that article, twisting the truth or lying at every step. For example:

No, not mere ” propaganda” unfortunately, any more than my Margi being raped twice in DC was propaganda. 🙁 Â Nor was it directed against black soldiers, but against their white French officers and the white French politicians. Anyone who has served in uniform, as I did in both the Army and the Marines, knows a common soldier will only do what his officers order, encourage or allow him to do. Demagogic French politicians, eager to become popular with the lowest kind of voters by hurting the defeated Germans, unnecessarily brought in black colonial troops and encouraged them to rape the German women — so as to humiliate the Germans and show them France was now boss, and they better pay the staggeringly large Versailles Treaty reparations…

There is actually a movie newsreel clip somewhere of a French officer hitting a German civilian in the Rhineland and knocking his hat off; the German had not doffed Â his hat as the FRENCH flag was paraded by.

It was all about deliberate humiliation, and it was real.Â Some of them molested German children as well. The French basically stole German coal production and did everything possible to collapse the German economy based on the total lie that Germany had started the war. Â  ButÂ France got its payback in 1940, although the German troops behaved extremely well. French colonial troops (Moroccan Arabs, not blacks) also were encouraged to and did rape a whole village of Italian women in 1944. Their own general, de Tassigny, promised them they could rape anything that moved if they conquered the town, which was resisting the Allies.

“Two Women” (Italian: La ciociara, roughly translated as “[The Woman] from Ciociaria”) is a 1960 Italian film directed by Vittorio De Sica. It tells the story of a woman trying to protect her young daughter from the horrors of war. The film stars Sophia Loren, Jean-Paul Belmondo, Eleonora Brown, Carloâ€¦ French Moroccan troops of the French Expeditionary Corps, known as Goumiers, committed mass crimes in Italy during and after the Battle of Monte Cassino[34] and in Germany.[35]

According to Italian sources, more than 12,000 civilians, above all young and old women, children, were kidnapped, raped, or killed by Goumiers.[36]

This is featured in the Italian filmÂ La Ciociara (Two Women) with Sophia Loren.

As for the rest of the article, my friend, I never once read in 36 years that the SS rounded up any half-black kids. I am inclined to grade the whole article as Jewish bull. 😉

The ADL knows very well the most antisemitic segment of the US population is African-Americans, at 29% by their own poll, and if enlightened blacks join forces with enlightened White Nationalists against the Jews, then their goose is cooked.

Btw, American white GIs, encouraged by Jew-written soldier newspapers such as Stars and Stripes, Â raped en masse both French women and German women during and after WWII. It is all extensively proven. In the case of French Stars and Stripes encouraged the nonsensical belief that French women were “easy” and eager to be “liberated bz big, stroing Americans.@ when that turend out to be false, GIs became enraged and attacked them by the THOUSANDS.

John Dos Passos, writing in Life magazine for January 7, 1946, quotes a “red-faced major” as saying that “Lust, liquor and loot are the soldier’s pay.” A serviceman wrote to Time magazine for November 12, 1945

Many a sane American family would recoil in horror if they knew how “Our Boys” conduct themselves, with such complete callousness in human relationships over here.

A US Army sergeant wrote

Our own Army and the British Army Â have done their share of looting and raping. This offensive attitude among our troops is not at all general, but the percentage is large enough to have given our Army a pretty black name, and we too are considered an army of rapists.

An Italian survivor of American bombing states that Black American troops, stationed in Naples, were allowed by their superiors free access to poor, hungry, and humiliated Italian women. The result of this interracial rape and sexual slavery was the production of a generation of pitiable mixed-race children, a legacy of the brutal conqueror. 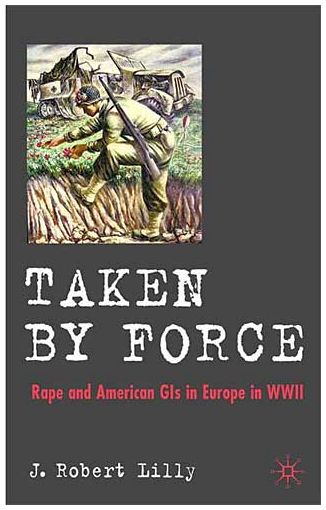 According to an AP dispatch of September 12, 1945, entitled “German- American Marriages Forbidden,” the Franklin Roosevelt [and Truman] government instructed its soldiers that marriage with the inferior Germans was absolutely forbidden, but those having illegitimate children by German women, whose husbands and boyfriends were conveniently dead or held as prisoners or slave laborers, could count on allowance money.

And, according to Time magazine of September 17, 1945, the government provided these soldiers with an estimated 50 million condoms per month, and graphically instructed them as to their use. For all practical purposes, our soldiers were being told: “Teach these Germans a lesson” and have a wonderful time! Such were the great crusaders who brought “democracy” to Europe. 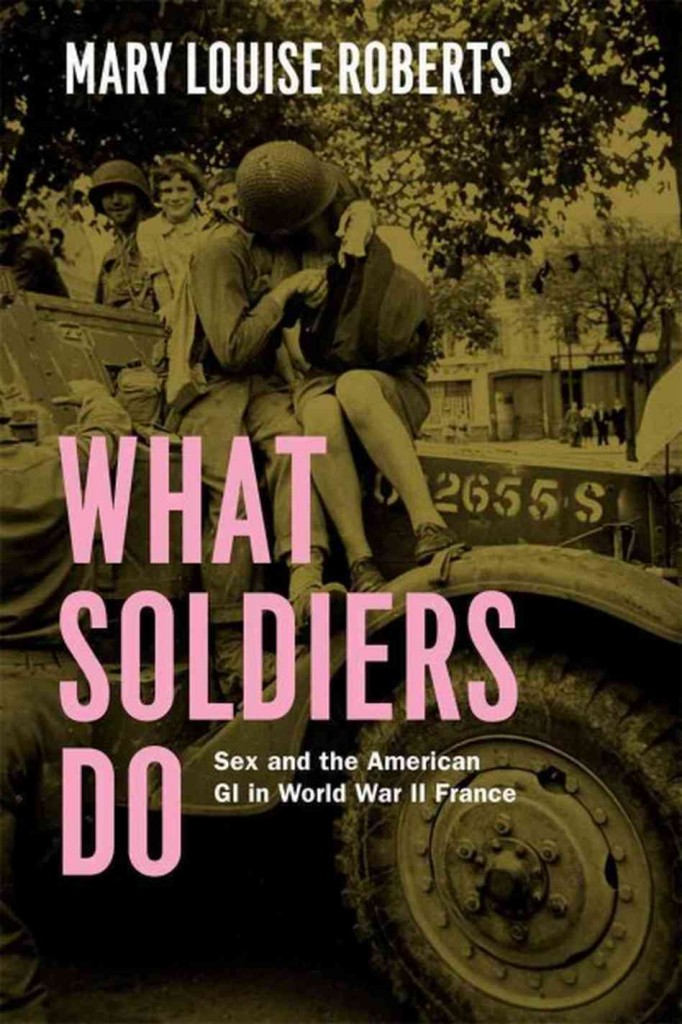 So when military personnel rape, believe me, it is often because someone encouraged them to — THEIR JEW MASTERS.

If you want to know how the Jew-controlled Allies really behaved , watch this documentary movie, and you will be shocked out of your socks about the “Greatest Generation.”