to keep a diary of her ‘chaotic’ life

when she went missing’

By STEPH COCKROFT FOR MAILONLINE

Police told the mother of a girl, who was raped by 14 Asian paedophiles, to keep a diary of her ‘chaotic’ life rather than investigate, a court was told.

The naÃ¯ve and vulnerable schoolgirl was repeatedly raped and sexually abused as she was passed around 15 Asian males while she was just 13, a court has heard.

The ‘loner’ girl – who was aged 13 and 14 at the time – was allegedly attacked in car parks, parks and churchyards around Keighley, West Yorkshire, by 14 defendants, one of whom was 59 at the time.

The group of men even designated the girl a ‘corner’ in a disused police car park where they daubed her name in graffiti and forced her to perform sex acts.

Prosecutor Michelle Colborne QC told the jury at Bradford Crown Court: Her mother had been advised by the police to keep a diary (of her movement).; 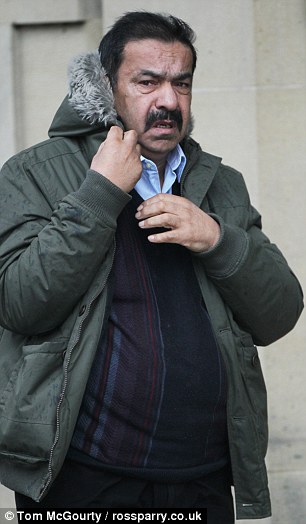 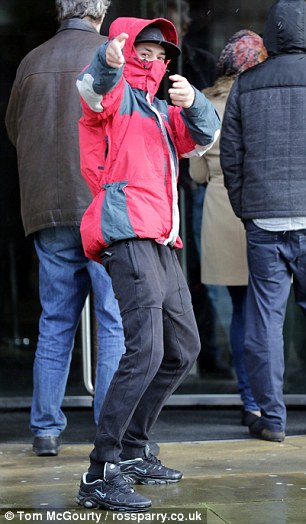 A naÃ¯ve and vulnerable schoolgirl was repeatedly raped and sexually abused as she was passed around 15 Asian men while she was just 13. Two of the men standing trial areÂ Mohamed Akram, 62, (left), who denies a charge of sexual activity with a child, andÂ Faisal Khan, 27 (right), who denies two allegations of rape

During one sustained attack in a separate location, the alleged victim was raped by five men in succession. The court heard that the girl was so traumatised that she ‘could not recall what order she was raped in’.

Thirteen men and one teenager – who cannot be named for legal reasons – are now standing trial, accused of 28 offences. They all deny the charges.

The girl’s ordeal began when she started playing truant from school.

Having become ‘unhappy at home’ and being ‘desperate to fit in’, the girl started working for Choudhury, the court was told.

The jury was told how Choudhury allegedly first raped her when she refused to continue making deliveries for him.

At the time, the teenager’s mother reported the rape to the police but the girl subsequently retracted her complaint. She did, however, take the morning after pill.

The court heard how Choudhary then passed the girl around to other Asian males. 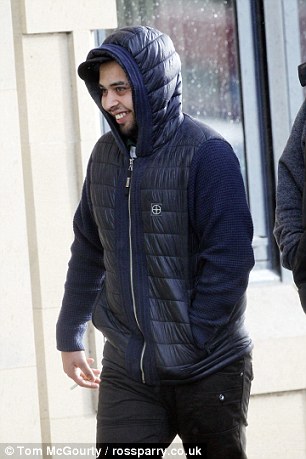 Nazir Khan, 23, from Keighley, West Yorkshire, denies three allegations of rape. The court heard how the teenager was ‘scared’ into sexual activity with the group of men

The young white British girl – who cannot be named for legal reasons – would be coerced into having sex with the men by violence and threats, the jury was told.

The series of alleged raped then took place in the disused underground car park of the former Keighley Police station, a local park, an old churchyard, behind a library and at the back of a leisure centre.

Mrs Colborne QC told the jury: ‘At times she said “no”, at times she struggled and at times she gave in without saying anything at all. But at no time was she consenting.’

The court heard how the young girl had been a virgin when she was raped by Choudhury in the overgrown grounds of a churchyard in May 2011.

The jury heard Choudhury – who is not on trial – ‘scared’ the girl and encouraged other males to have ‘equally nasty’ sex with her.

Choudhury would allegedly take her to Bay 5 of the disused underground police station car of New Devonshire House, where there was a sofa.

Four males forced her to engage in sex acts with them as Choudhury restrained her on numerous occasions, the court heard.

They cruelly began calling it ‘her corner’ and daubed her name – and their own – on the wall, said Miss Colborne.

On another occasion, the youngest defendant demanded the girl perform a sex act on him. When she said no, Choudhury came up from behind some benches and ‘punched, pushed and kicked’ the girl until she agreed, the court was told.

The court was told how the girl lived a ‘chaotic existence’ and that she went missing 71 times in the space of a year.

Rohail Iqbal, 22; Rohail Hussain, 18, and a 17-year-old youth, who cannot be named for legal reasons,deny one allegation of rape. Taxi driver Mohamed Akram, 62, denies a charge of sexual activity with a child under 16. They are all from Keighley.

In total, the men face 28 charges. All the alleged offences are said to have occurred between May 2011 and June 2012.