In 2011 Paypal banned me for life (“antisemitism” violates their TOS — hey, guilty on that as charged 😉 ), and then in 2014 Authorize.net banned me after a year with no problems, re-accepted me when I protested, and then rebanned me!° Then another CC processing company banned me, thought they do process CC donations for CODOH, a Holocaust revisionism forum.  But I love Jews — on Jupiter! 😉

But now I have CC donations processing again!

As I write to donors:

Thank you for your donation!

I really, truly appreciate it. Here’s how…

Your generous donation will help me be able to concentrate on researching relevant, often time-sensitive, information.

Your generous donation will help me be able to focus more on producing quality articles for you, articles that are worth the time it takes to read them.

Because of your donation, I will not have to spend valuable time trying to raise funds to survive.

Most of all, we must have a new worldwide organization, not just information. Creating and building that takes time and requires resources. The Germans say “Geld regiert die Welt” — “money rules the world” — and as long as our enemy has all the money and we activists lack it, we will never awaken the world or stir it to action, as miserable and fed-up as it is.

THAT is why I appreciate your generous donation so much. To activate the world to overthrow the tyranny that is killing it.

Thank You… from the center of my heart. 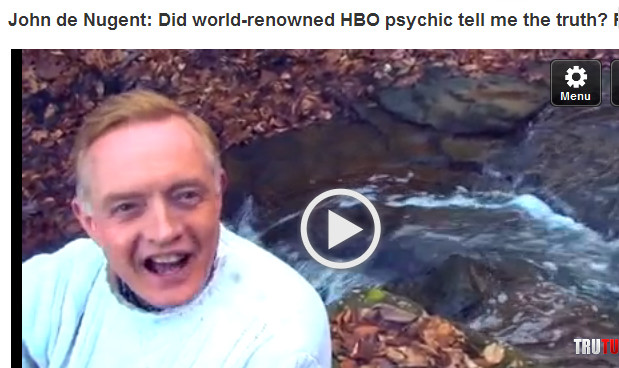 …..On my site now from around the world 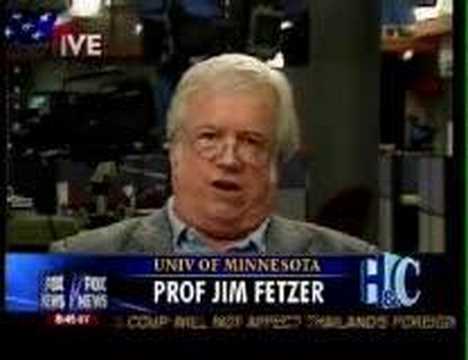 http://jamesfetzer.blogspot.com/ Wikipedia is terrified of the credibility of this former Marine Corps officer, distinguished professor of logic and philosophy, and crusading truther on many subjects, including the JFK assassination, September 11, and the truth about the deaths of Osama Ben Laden, Saddam Hussein, Paul McCartney, and the supposedly 20 elementary-school kids at Sandy Hook (no bodies ever shown, etc., a total fraud).

Here is last night’s show on the bogus Dylann Roof character and the faked Charleston massacre at the black church:

It was great material. My only critique was his face for this one show was underlit due to a computer defect. But the content was superb and I took copious notes. To wit:

1) Homeland Security had an “active shooter drill” in Charleston, South Carolina THAT DAY (all state-terrorism false flags happen during a drill!) 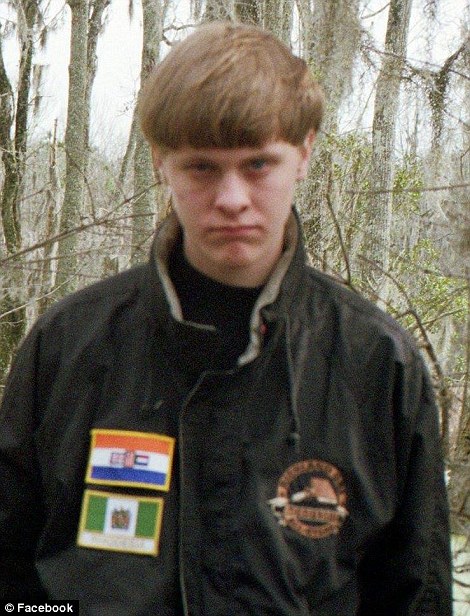 4) Elders of an all-black church had no questions about a blond, white kid with zonked eyes and a bulletproof vest coming and sitting down with them during their bible study
5) the style of the “manifesto” suggests three different authors
6) Immediately Obama used the “massacre” to promote gun control
7) Hillary also demanded gun control
8) Church services were held there again the very next day, despite supposedly bullet holes and blood and brains
9) Obama meets immediately with Hollywood moguls Spielberg and Katzenberg to denounce gun rights
10) donation sites for Charleston church shooting set upon on  the 13th, four days before the “shooting” on the 17th
11) Classic playing on emotions – at at Sandy Hook ,2o adorable first-graders were supposedly blown away by gun-owner; here nine sweet old church ladies and their pastor, peaceful church-going black folks, are murdered in their church while studying God’s Word in Charleston, then other saintly blacks forgive the shooter — suuuure 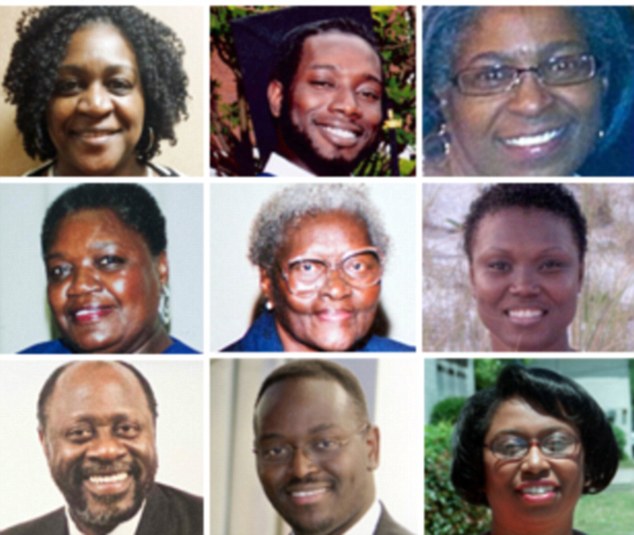 13) Roof taken to Burger King after his arrest 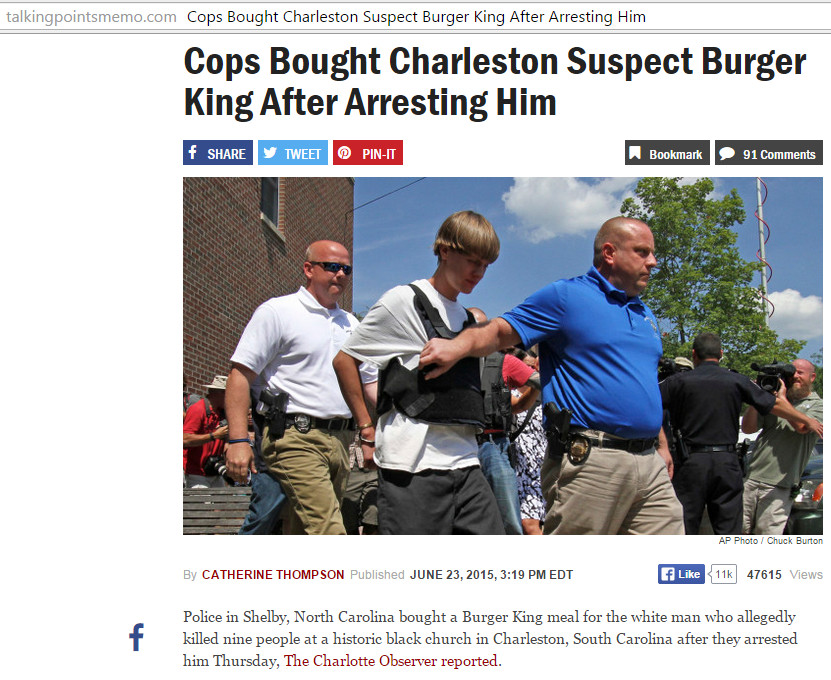 15) let him keep his (one would think) blood-spattered watch and shoes (valuable blood and DNA evidence!)
16) wrong date stamp evidence on famous CCTV image of Dylann Storm Roof entering the church — it says June 7, not June 17! 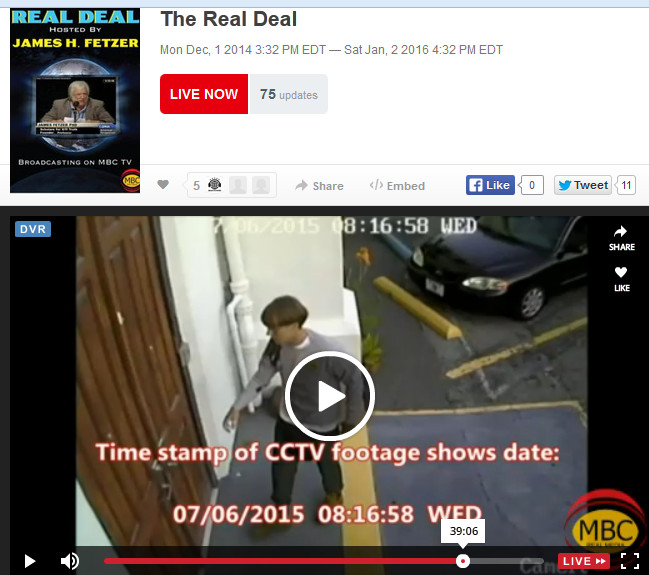 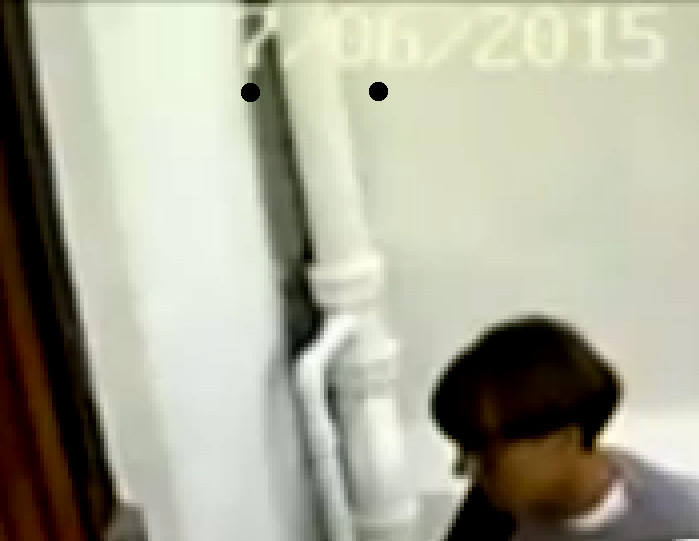 17) CCTV of the murderer’s car parking by the church show no long 8 pm shadows, but instead noontime-type shadows, as when the sun is directly overhead.

18)  Yahoo search engine shows the massacre news was released a day before the shooting! 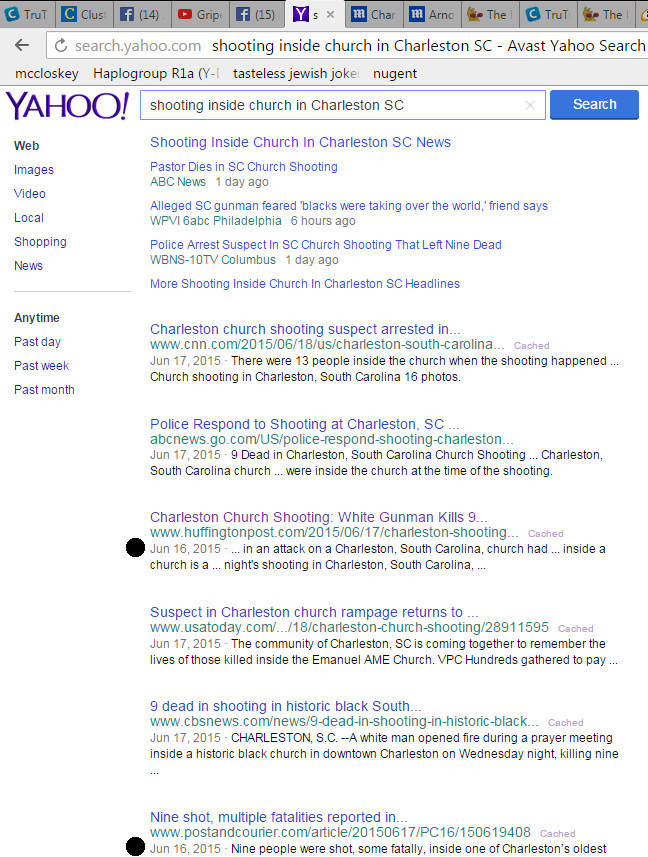 This appears to be yet one more staged event that was designed to manipulate the public into supporting policies, such as gun control, that are contrary to their own best interests.

And this hoax issue is the key!
N gun owner killed 20 kiddies at Sandy Hook!
No White nationalist killed nine blacks in their church!
We cannot let them get us on the defensive, like explaining away “what made the killer do it.”
THERE WAS NO KILLING!

Now we do seem to have an open casket for the minister, so he may have been taken out for the sake of “the greater good” (NWO and gun bans). I have heard but not confirmed that he was in the last stages of a terminal illness. That will be worth following up. Some say
leave it open as to whether or not anyone actually died there.
Maybe he was indeed shot and the others got a $200K hush money, then the witness-protection-program feds moved them to another part of the US.

I am in any case jumping in early that it was a fraud.

The details of the fraud will become clearer over the next week or two…. as always happens with such false flags when the truth bloggers get going 😉 .

We have to stop this race war in its tracks! this is my biggest immediate priority! 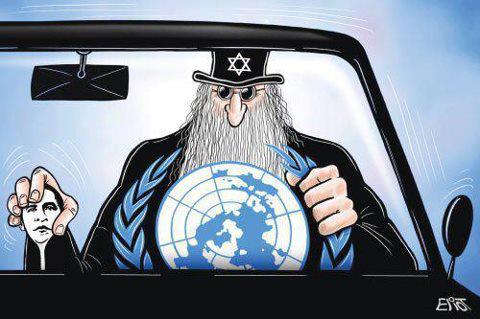 A friend wrote: I don’t think the American people are up for a race war. That is a relic of the past.
I replied: I agree, but you have black nationalists (Panthers, etc.) and supposed white rednecks, Klan, neo-Nazis etc. who may be feds, and we just need two or three more such “massacres” — and nonstop media hype — and then Obolshevikama will go to Congress with laws against both the First and Second Amendments.

And if Congress balks, then we have MORE “massacres,” some real, and then he declares martial law and uses Jade Helm!

And some of these black and white nationalists or Mexican “La Raza” militants could just be feds, or mind-control types. Massacre after massacre…. until the public demands law and order.

…..There must be a new antizionist, multiracial alliance against Talmudic Jewry NOW before they divide-and-conquer us into the grave! 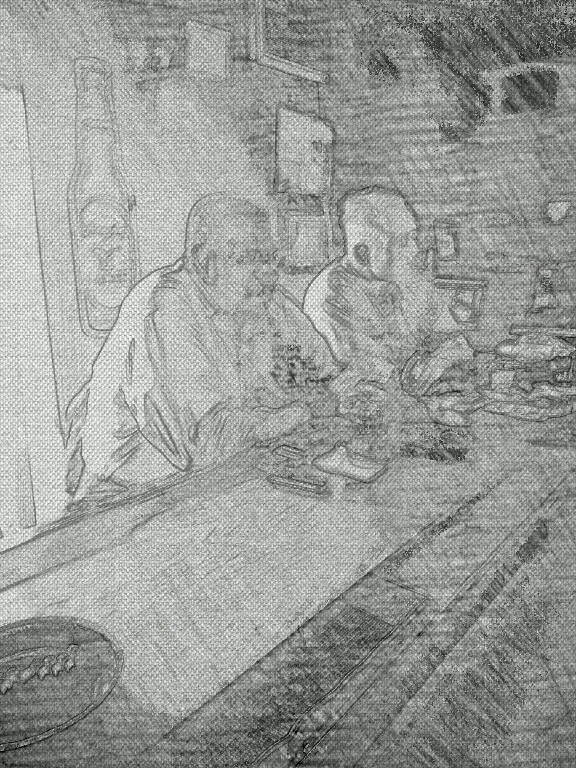