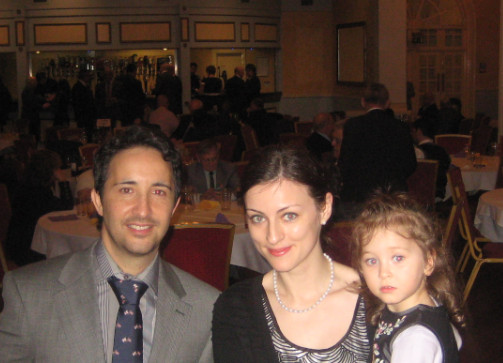 Jack Sen was UKIP’s prospective Member of Parliament for West Lancashire before being unceremoniously, and quite publicly, suspended by his party one week prir to the election! (UKIP — leader EU parliament member Nigel Farage — was promising to get Britain out of the horrible EU and it was opposed to attacking Syria.)

https://www.youtube.com/watch?v=DMhCQh6YsOsEÂ Jack and his gorgeous wife and baby really need financial help. He has done extremely well politically for our race, 13% and 6,000 votes, even after his own party dumped him! He is a rising star!

Or contact me to send money to Jack via me (say “for Jack Sen”):

John, I was suspended for anti Semitism and UKIP basically flushed every penny and all my efforts down the toilet,Â leaving me and family with not even enough money to eat. Please mention the death threats as well.

We have also moved because we were scared we were going to be harmed;Â Â we received threats in the post.Â Then instead of helping, the police investigated me for “hate speech.” Then the car broke down; It’s beenÂ a real nightmare, but Britain is angry and ready for the truth!

…..MY VIDEOS TO LAUNCH A PRESIDENTIAL MOVEMENT

Videos To Launch A Movement Part 4 Â LA Â Times and Timemagazine writer Joel Stein boasts openly that Jews run the US media, Hollywood and the US government, and gives detailed proof; Samuel Roth in the 1920s detailed this already and taunted Gentiles with how gullible and naive they are about Jewish power.

Videos To Launch A Movement Part 8 the final Jewish goal a slave planet under a Jewish master race; your duty now; threats of nuclear war and pandemics; our coming victory through thinking of “we”, not “me.”

If you do not contribute one thin dime to 1) me, 2) www.theRebel.is, Mike Delaney (www.trutube.tv) or Andrew Anglin (www.dailystormer.com), then do not post on my FB pag eor my website.. I am so tired of patriot typists! As Tom Goodrich of “Hellstorm” wrote me, “If White Nationalists just had proper financing, they could take the world by storm.” Instead, we activists all STARVE, and you all type things we already know! Reading, typing and watching videos is not action. Maybe it makes YOU “feel good,” but it is your pitiful delusion; we need to DO things and make the enemy feel BAD.Â 😉Â Â And so you should financially support the activists who risk their lives, their health, their financial well being and their freedom — to publish and spread the truth about the Jews and race.

Even five bucks will make you feel good and us who are fighting daily on the front lines!