…..the Rebel (Australia) on the documentary “Hellstorm”

The Rape of Germany

“Sorry” is not enough!

Can reading a book or watching a documentary be more traumatic than experiencing real life? Yes, it can.
When Thomas Goodrich sent me a pdf

version of his book â€œHellstorm – The death of Nazi Germanyâ€ for the purpose of reviewing it, I couldnâ€™t do it. Itâ€™s not like I didnâ€™t have the time to read the book. I could have made time for it.The truth is that reading the book Hellstorm was too painful. After reading the first chapter, I had to stop. Reading the gruesome description of the German suffering was more than I could bear.

This morning though, I made myself watch the 1.5 hour documentary version of â€œHellstormâ€ thatâ€™s just been released. It was the most painful thing I ever did. It brought back all the stories my grandmothers told me when I was a kid.

I was the only grandchild who would listen to them, not out of politeness but genuine interest. None of my aunts and uncles, sisters and cousins was interested in their â€œold storiesâ€. Deep down in their heart, they believe – or have been brainwash to believe – that the Germans brought their suffering upon themselves, almost deserved it, because they had allowed Hitler to do whatever he (allegedly) did to the Jews.

The documentary brought back the stories of my Sudeten-German maternal grandmother. The Czech soldiers who knocked at her door and held a Kalashnikov against her head. The trauma of being given Â½ hour to pack a suitcase per person with clothes, but no money or valuables, and being herded on a cattle train with her 4, 6 and 8 year old children, plus her 50 year old mother who was still disoriented and borderline suicidal from recently losing her beloved husband and darling son in combat.

Across the border from Czechoslovakia, there were welcomed by the Soviet soldiers. Every single German female from 8 to 80 they could get their hands on was raped by them dozens of times.

The suffering did not stop there. Their savings and valuables had been confiscated by Czech soldiers led by Jewish commissars. There were no jobs or hand outs from the red cross

She could only feed herself, her young kids and sick mother, if she sold her body to Soviet troops.

The only other food they had – during the short harvest season – was the beets, cabbage and potatoes her kids stole from farmersâ€™ fields in the area so that the family could cook a humble soup and Mum could stay home for the night.

My Sudetendeutsch grandmother was from one of the richest families in their 98% ethnical German town, half an hour by car away from Prague. Her father was the chief conductor of the last Austrian Emperor and a famous musician. Her family owned many houses plus lots of agricultural and building land. They also owned an import business for American agricultural machines. Half an hour in front of a Kalashnikov, she went from owning what – in todayâ€™s money – would be worth tens of millions of dollars, to owning nothing more than a suitcase full of nice clothes.

The compensation she and her mother received for their losses, was merely enough to pay the deposit

for a tiny 2-bedroom house in a small country town. In 1950â€™s prices, that was bugger all.

The fate of my Silesian paternal grandmother wasnâ€™t much better.

Not enough that she had lost her husband, father, three brothers and five of her six sons, killed in combat or deliberately starved and frozen to death by the Allies as POWs.

When the cannon fire noise came closer to her home town, she had to flee with her six youngest children on a cart dragged by a horse, for fear of the hideous gang-raping and bestial murders committed by the approaching Soviet troops. She never got her modern and productive farm back, her sole source of income

, and the compensation she received many years later was no way near enough for a fresh start.

Their trek, led by an experienced one-legged soldier, only traveled at night and hid in the forest during the day, to avoid being bombed, gunned down or crushed by Russian fighter planes and tanks like millions of other German refugees.

If they had been any faster, they would have been burned to death in the single biggest terror bombing of World War II. They reached only the outskirts of the city of Dresden the night before the firebombing attack, which killed more civilians, mostly refugees, than the atomic bombs in Hiroshima and Nagasaki combined.

How â€œHellstormâ€ made me feel their pain

For the first time in my life, I was able to feel some of the pain they must have suffered. Until seeing in “Hellstorm” for the first time 1.5 hours of real footage of what happened to them, it had never hit home the way it did today. Reading — and now watching — â€œHellstormâ€ made me feel like I was right there, next to them, where and when it all happened. I could feel their fear and their unbearable pain. I know from both grandmothers that the abuse, humiliation and suffering they had to endure would have made them kill themselves, if they didnâ€™t have to care for their young kids.

HERE IS THE VIDEO “HELLSTORM”Â

This documentary tells the tale that the victors still do not want you to know. Learn the terrible truth about the rape, torture, slavery, and mass murder inflicted upon the German people by the Allied victors of World Word II. This is the biggest cover-up in world history. (The film is also hosted and can be downloaded here on Rebel TV)

[JdN: I blog there daily as well as on my own site and at Europeanknightsproject.com ] 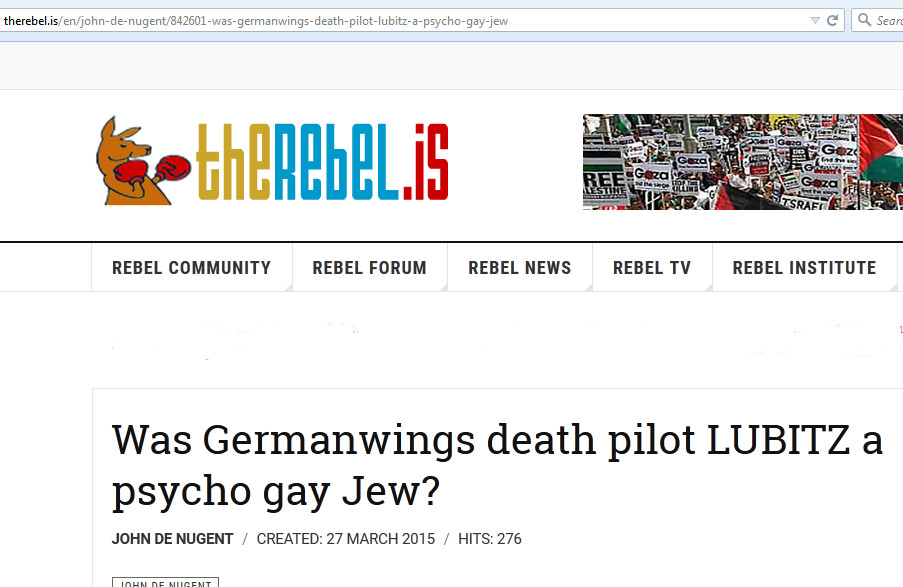 Â The world owes the German people (including the Austrians) more than just an apology. They had pre-empted and stalled the imminent Finland-style Soviet invasion of Europe and Judeo-Bolshevik world conquest. They might not have defeated Jewish world domination, due to Western countriesâ€™ efforts, but they bought humanity three generations of precious time. The price Germans paid for their valour couldnâ€™t have been higher.

Polish poster: “the scourge of mankind” 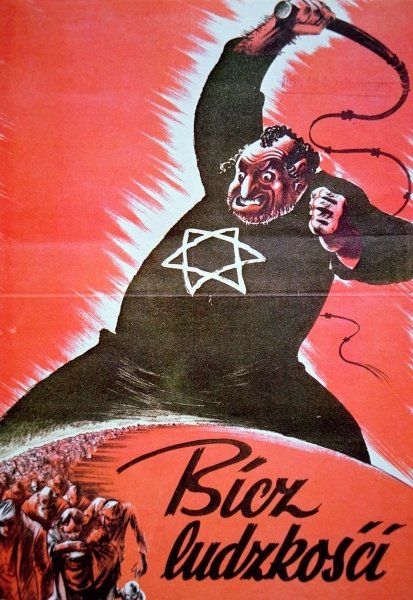 Everybody must know deep down in their hearts that something is terribly wrong with the world. We stand as a defeated people, but there is still time to rise above and once again become the masters of our own destiny. We either face the Jews and the communists now, or wait to get a bullet in the back of the head like the poor Russians and other Eastern Europeans. 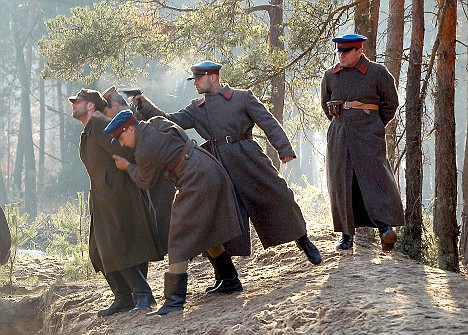 Itâ€™s going to take a lot of physical and moral courage, but when the future of our children is at stake, is there really any risk too great, any sacrifice too big, any comfort that is not worth giving up, to stand up and do whatever it takes to make things right?

Let us not allow the sacrifices of Adolf Hitler and the noble German people to have been in vain!

“‘Don’t worry child ,we shall kill them all’… Â I want those cursed politicians SHITTING BRICKS and fully aware WE ARE Â ON THE MARCH and we shall destroy them utterly.Â EXTERMINATE THE PARASITE!

Just watched your video again on the Rebel of Oz, Â John.Â The universal mind or something, I don’t know! 🙂

It has been made it the “recommended video” since Sunday… (I saw Mike Delaney yesterday. He said “it must be getting traffic from elsewhere, and some are probably watching it several times.” )

+CÃºchulainn +Well, actually, speaking from my experience, just for “talking” you can be plunged into a living hell. The FBI and the Joint Terrorism Task Force can come four times to your house; spread vicious rumors against you among formerly friendly neighbors and townspeople; your kids can cut you off after you spent years loving and raising them; your millionaire father can disinherit you; you can be slandered all over the Internet; you can lose your Marine Corps career; you can be fired as a teacher; your mail may be opened or stolen; your PayPal and bank accounts closed; all that and much more for “talking.” CÃºchulainn, o warrior, are YOU actually volunteering to join me — and yourself do more? 😉

About your video ‘KILL THEM ALL — VIP child molesters’, IÂ Â got infractions at Stormfront for merely suggesting people who abuse children should be killed. I didn’t suggest someone there should do it, or anything illegal, just in general.

I will have a new video to do soon, and it will, I think, change everything, and be by far the biggest gamble

of my career. ……
This video on VIP pedos gives me now enhanced confidence for that project, because IMO it is the first time EVER that two disgusting (and related) topics have been successfully “popularized” — leaving an upbeat, and not “bummer” feeling behind ( thus getting a lot of views) — 1) the nasty child-killer Leo Frank (the murder is more gruesome than my video lets on, actually — just look at the bloodstains and where they are…. No question this satanic kike raped the 4’11” maiden with a stick or some other object and anally as well. 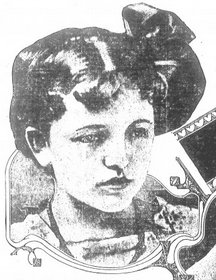 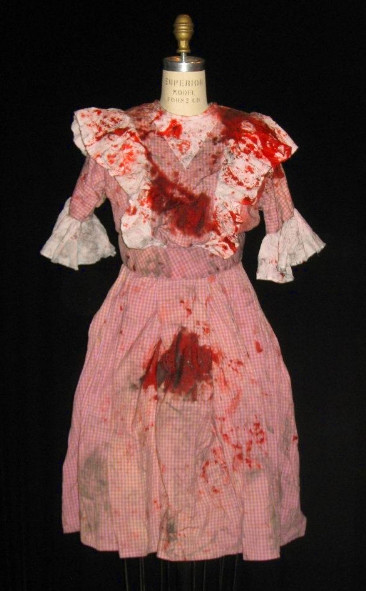 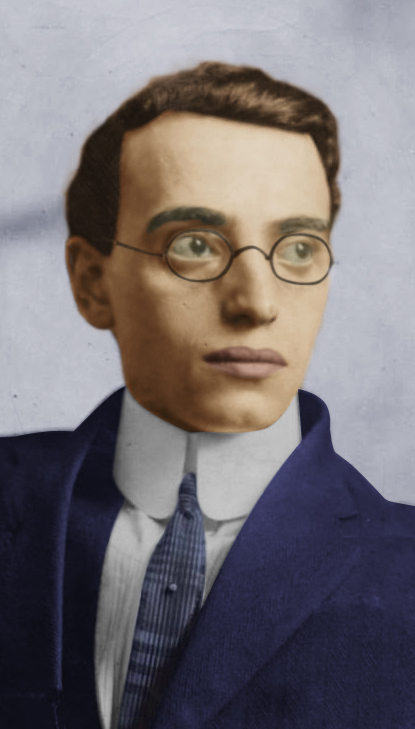 Then have the murder itself, and the lynching, all distasteful in and of themselves. But now people are seeing the video and learning a lot. 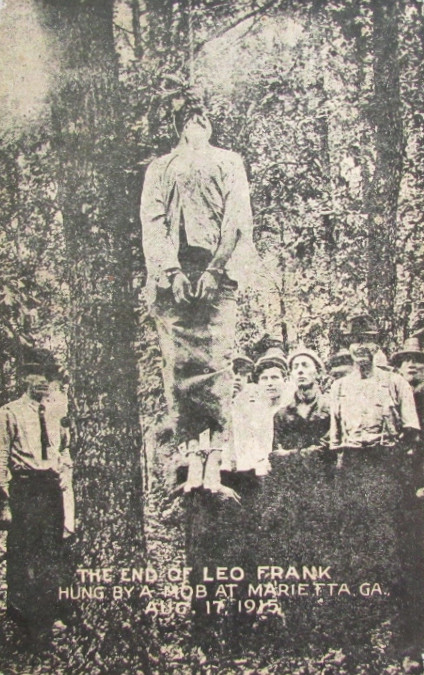 and 2) it raises the issue of pedophiles in high places.
Rare photo of Clinton, George HW Bush and George Wallace
Â . 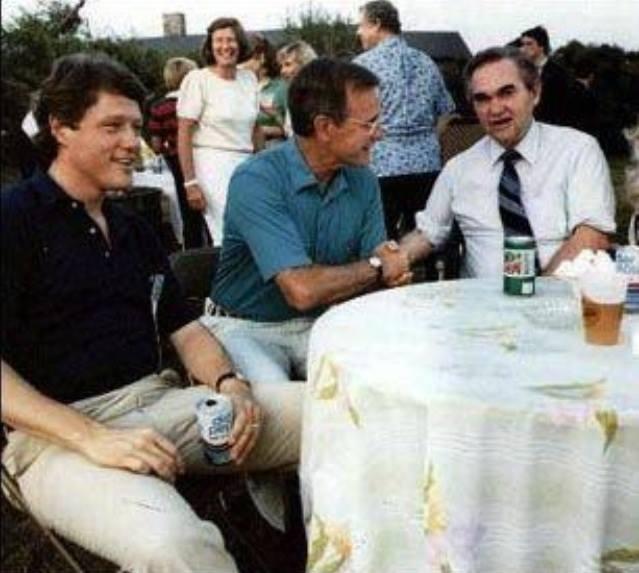 I truly think that our VIP pedo video will serve as a tonic to the anti-Hitler brainwashed Whites…When the public sees this video about Clinton, Spacey, Charlie Gibson of ABC News/”Good Morning America” photo below], etc, they should have an OMG moment.
.
Â Since doing the video, I discovered that the pedophile teacher that Charlie Gibson defended raped THIRTY GIRLS, not four.
. 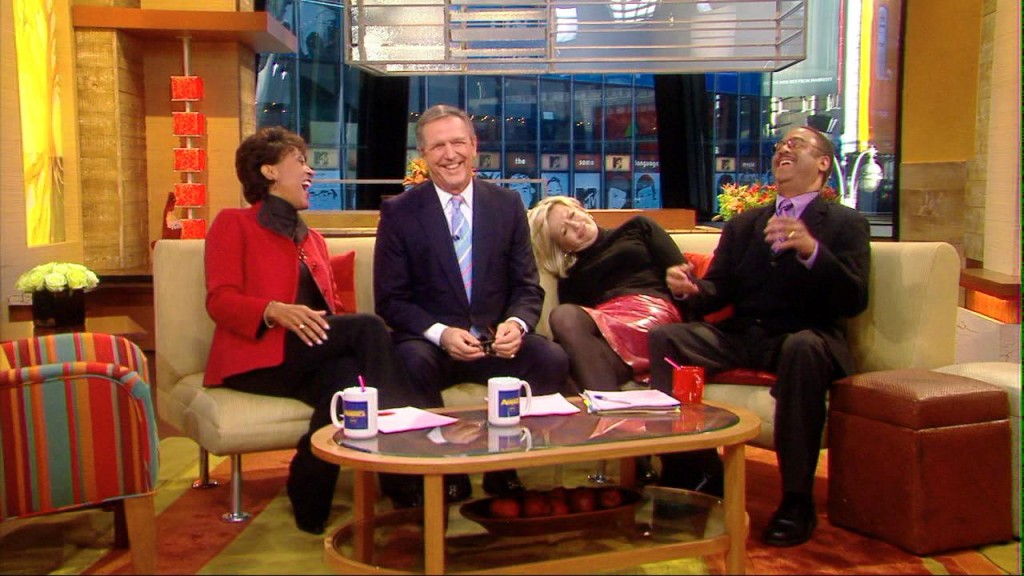 — and then I present our Adolf at this “window of opportunity,” implying: “When things are THIS bad, and THIS far-gone, you absolutely do need a ‘bad-ass’; as with the ancient Romans, who invented the concept of ‘dictator,’ you actually need a dictator who will ‘dictate’ what must be done without hesitation or contradiction, and that means, first of all, a massive house-cleaning.
That means mass-arrests and executions of powerful, wealthy scum.
Otherwise you cannot save the patient” and the patient is the entire Folk.

I (and Margi) have been doing audiobooks (on the important Leo Frank case) for pay to just barely survive, but I will never get to writing my religious book and starting my religion to unite the world against the Jews at this rate.
This audiobook is accompanied by a massive andÂ  authoritative article, and is part of my five-year commitment to this case:Â  http://johndenugent.com/glory-to-mary-phagan-and-the-white-men-who-avenged-her-2/march-1915-tom-watsons-magazine-does-its-full-review/ 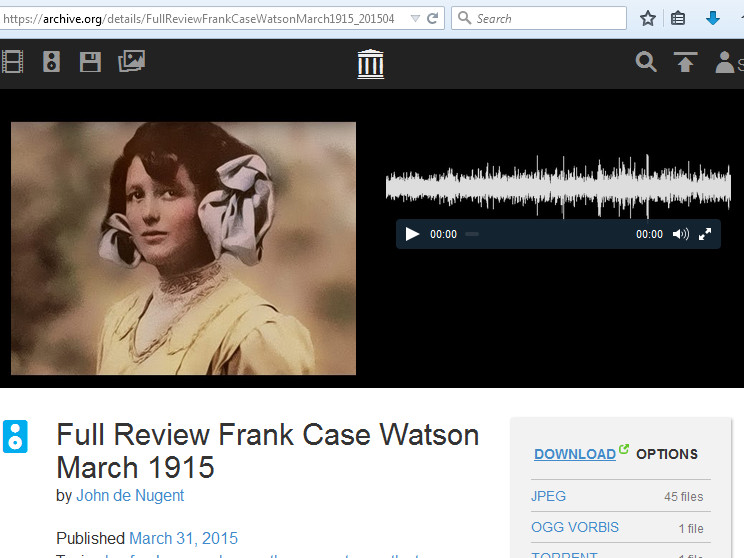 But I know — after the success this video is having — that I, that WE, can together do this great thing, a new soul in Aryan man and woman.
.

.
Will you please consider a generous donation? Would five bucks put you in the poor house? 😉
.