The “new” finding by U.S. scientists has therefore provided proof of what the Nazis knew in 1933: that criminal behavior is largely a genetic, hereditary issue.

Duplicating a conclusion made by National Socialist scientists over 80 years ago, scientists in Europe and the United States have this week announced the identification of two genes which in a mutated form are found in a “substantially higher frequency” in violent offenders — meaning that such criminal traits are likely to be inherited.

According to the study titled “Genetic background of extreme violent behavior,” published in the journal Molecular Psychiatry (Molecular Psychiatry, October, 28, 2014,  doi:10.1038/mp.2014.130), “in developed countries, the majority of all violent crime is committed by a small group of antisocial recidivistic offenders”—in other words by a small group of people who constantly reoffend.

Until now, the study said, no one has identified any genes which contribute to recidivistic violent offending or severe violent behavior, such as homicide.

However, the new study from two independent cohorts of Finnish prisoners “revealed that a monoamine oxidase A (MAOA) low-activity genotype (contributing to low dopamine turnover rate) as well as the CDH13 gene (coding for neuronal membrane adhesion protein) are associated with extremely violent behavior (at least 10 committed homicides, attempted homicides or batteries).”

The study continued: “No substantial signal was observed for either MAOA or CDH13 among non-violent offenders, indicating that findings were specific for violent offending, and not largely attributable to substance abuse or antisocial personality disorder.

“These results indicate both low monoamine metabolism and neuronal membrane dysfunction as plausible factors in the etiology of extreme criminal violent behavior, and imply that at least about 5–10 percent of all severe violent crime in Finland is attributable to the aforementioned MAOA and CDH13 genotypes.”

Study leader Jari Tiihonen and colleagues analyzed the genes of 895 Finnish individuals found guilty of criminal behavior, and classified them by crimes committed, ranging from non-violent offenses (such as drug or property crimes) to extremely violent offenses (10 or more severe violent crimes, consisting of varying degrees of homicide and battery).

The authors found a possible link between violent offences and MAOA, with the strongest association in the extremely violent offending group.

Through additional research, including a genome-wide association study, the authors identified a variant of cadherin 13 (CDH13)—a gene involved in neural connectivity that has been linked to impulse control—in extremely violent offenders. When compared to the control population, non-violent offenders were not observed to exhibit either variant to a greater degree, indicating that these genetic variants may be specific to extremely violent behavior. The authors also suggest that the low dopamine recycling associated with the MAOA genotype may result in higher aggression levels during intoxication, increasing the risk of violent behavior.

In effect, these genes affect complex brain chemistry, which in turn alter behavior. As all genes are inherited, these behavioral traits are passed on from parents to children, creating the well-known phenomenon of criminality running through families.

“Familial risks were stronger among women, in higher socio-economic strata, and for early onset interpersonal violence. There were crime-specific effects (e.g. OR sibling for arson 22.4, 95 percent CI 12.2-41.2), suggesting both general and subtype-specific familial risk factors for violent behavior” and concluded that “The observed familiality should be accounted for in criminological research, applied violence risk assessment, and prevention efforts.”

There are also many other anecdotal examples of how criminal behavior is passed from generation to generation (for example, “Crime Runs in the Family,” Sept. 9, 2002, ABC News), and of course, the notorious Bogle family in America whose extended familial incarceration has cost the American taxpayer millions of dollars.

According to a report on the Bogles, published in 2002, “For all this criminal activity, the Bogle clan is merely an extreme example of a phenomenon that prison officials, the police and criminal justice experts have long observed, that crime often runs in families.

“Justice Department figures show that 47 percent of inmates in state prisons have a parent or other close relative who has also been incarcerated,” said Allen J. Beck of the Bureau of Justice Statistics. “Similarly, the link between the generations is so powerful that half of all juveniles in custody have a father, mother or other close relative who has been in jail or prison, Mr. Beck said.”

Significantly, the scientists who have completed the latest study took into account environmental factors—whether or not people had a history of substance abuse, antisocial personality disorders or childhood maltreatment—but these factors did not alter the outcome.

The MAOA gene has been linked to the metabolism of dopamine, a neurotransmitter that plays a role in addiction and the ability to experience pleasure.

In 1934, the German government passed legislation titled the “Law against Dangerous Habitual Criminals” which was the result of a Ministry of Justice circular issued in December 1933 which requested that all courts, prosecutors and prison officials report all serious “criminals who might suffer from a genetic disease” to the recently established Hereditary Health Courts for a sterilization hearing (Inventing the Criminal: A History of German Criminology, 1880–1945, Richard F. Wetzell, p. 258).

Hitler had 16,000 books in his library and read constantly. 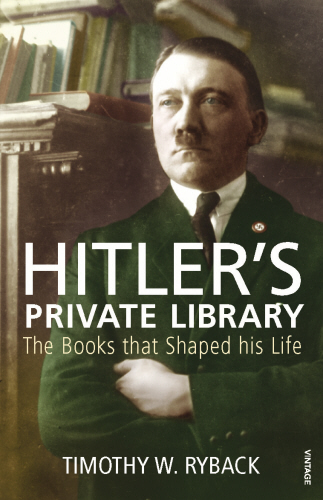 Heinrich Himmler was the Chief of the German Police 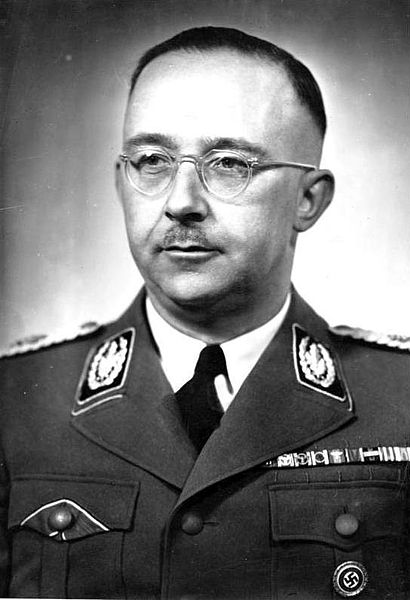 The point of that law was to prevent serious criminals—those convicted of three or more violent crimes—from having children and thereby reproducing the criminal gene in society.

In the official commentary accompanying the Law on Habitual Criminals, the German Ministry of Justice declared that the “task of protecting the nation from the inferior offspring of genetically diseased criminals lies in the area of eugenics, not criminal law” (ibid, p. 260).

The “new” finding by the scientists has therefore provided proof of what the National Socialist government knew in 1933: that criminal behavior is largely a genetic, hereditary issue, and that it can be combated with a strict eugenics program.

American blacks are fifty times more likely to have the variant of MAOA that is associated with violent behavior.

As detailed in the book, A Troublesome Inheritance, written by Nicholas Wade, (Penguin Press, May 15 2014), a research team led by Michael Vaughn of Saint Louis University looked at the MAOA promoters in 2,524 American youths.

Of the blacks in the sample, 5 percent carried two MAOA promoters, a condition found to be associated with higher levels of delinquency. 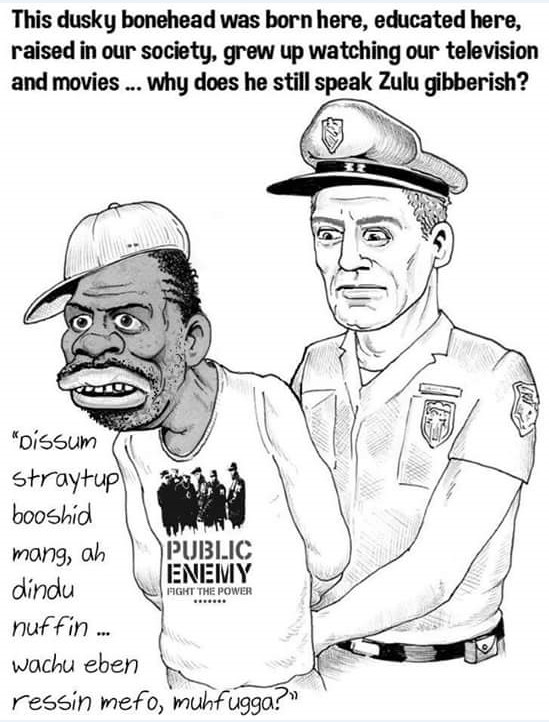 “Members of the two-promoter group were significantly more likely to have been arrested and imprisoned than African Americans who carried three or four promoters. The same comparison could not be made in white, or Caucasian, males, the researchers report, because only 0.1 percent carry the two-promoter allele,” Wade pointed out.

* A first-hand account of a National Socialist-era Eugenics Court in action is contained in the 1940 work by T. Lothrop Stoddard, Into the Darkness.

If I have taught you, please pay your teacher. 🙂