‘Islam must be banned’: French Mayor in trouble after extreme tweets, calls to deport Muslims

A mayor of a French town has been suspended from former president Nikolas Sarkozy’s UMP party after urging a ban on Islam in the country and the immediate “escorting to the border” of those practicing the religion.

“The Muslim religion must be banned in France,” Robert Chardon, mayor of the southern town of Venelles, wrote on Twitter earlier this week.

JdN: I lived 10 minutes from this town in 2004-05…. The south of France, like that of Germany or the US, is much more conservative than the north. 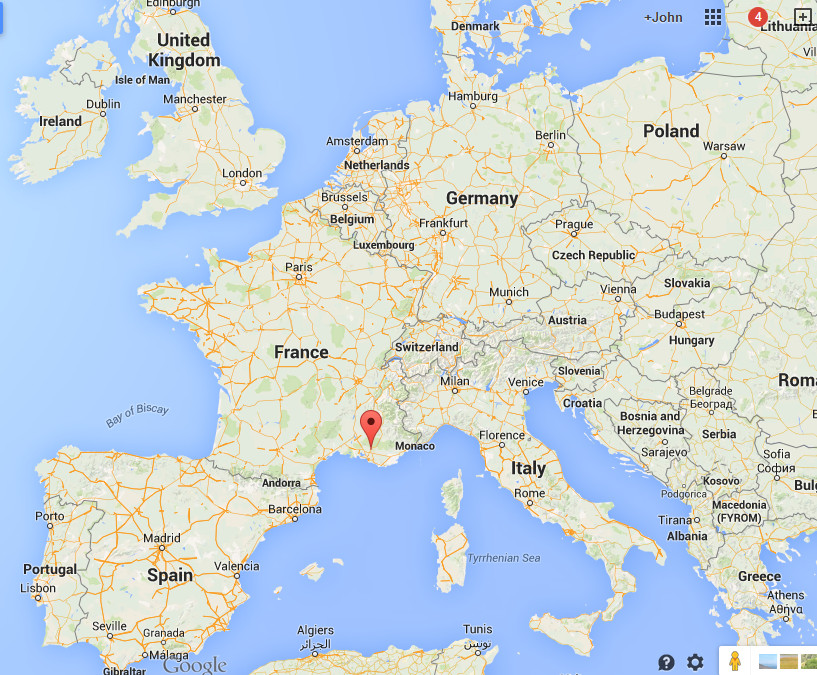 All followers of Islam should be “immediately escorted to the border,” the mayor added, forecasting that the Muslim faith will be banned in France by 2027.

The controversial tweet was made by Chardon as part of an online public discussion initiated by French ex-president and UMP (Union for a Popular Movement) leader, Nicolas Sarkozy, under the #NSDirect hashtag.

Sarkozy, who is likely to run for president once again in 2027, was quick to distance himself from the comments.

“I condemn this proposal even if secularism also means fixing limits. Rights and limits go together,” he wrote.

The Venelles mayor was also slammed by Twitter followers, who on their part suggested “to ban idiocy in France” instead of Islam, Sputnik news agency reported.

“In France, everyone is free to choose whether or not to believe in God, and that’s just fine!” one of the users reminded, while another wrote to Chardon that he was “glad not to live in your **** town!”

At first, it was suggested that the comments didn’t come from the mayor as his account on Twitter was hacked.

But Chardon confirmed the authenticity of the tweet, and expressed eagerness to defend his position.

In his interview with Le Monde paper, said he stands firm in his belief that banning Islam and deporting all Muslims is “the only solution for most of France’s problems.”

Muslims should practice their religion “in their country of origin,” Chardon said.

According to the mayor, the understandings of this idea came to him as an epiphany, while he was taking leave to get treatment from mouth cancer.

Union for a Popular Movement vice-president, Nathalie Kosciusko-Morizet, announced that party has suspended Chardon, who will be later removed from UMP’s ranks.

“I have called for the expulsion procedure to be started for these absurd statements that in no way reflect the values and program of the UMP,” Kosciusko-Morizet told AFP.

Racism and xenophobia against the country’s five million Muslims have been on the rise in France, following series of terror attacks by Islamic radicals, including the deadly shooting at Charlie Hebdo satirical weekly in mid-January.

French Mayor who spoke out against Islam forced into Psychiatric Hospital

Robert Chardon, mayor of the French town of Venelles has been sent to a psychiatric hospital after voicing a negative opinion of Islam.
Chardon earned media fame after voicing his views on twitter, in a tweet which read “ban the muslim faith in France”. He later added with confidence that Islam will be banned in France in just over a decade.

His brave words were sadly defiled, after he was hurriedly silenced and he was sent to a psychiatric ward for what was called “an account of incoherent statements”.

Virtually everyone in France is in a flurry of panic, trying to dissociate from him and his views. His party, his close colleagues, the people of Venelles, and also Nicolas Sarkozy, the former French president.

The French UMP party, of which Chadon was a part, is now seeking to remove Chardon from the party, over his “absurd statements, which do not correspond one bit with the values of the UMP”

Former French president Nicolas Sarkozy also voiced his condemnation of Chardon’s opinions on twitter, adding that “rights and limits, they go together”.

*** Sarkozy (left), like the current president,  Hollande, is a Jew.

So Jews run both major Establishment parties in France, the UMP neo-conservatives and the fake Socialists.

Patricia Saez, who filled in for Chardon during a sick leave in December 2014, was also more than eager to throw in her own statements about Chardon, as she said that “The views of [the Venelles city council] do not correspond at all with those of Robert Chardon, which up until now, have proved an attachment without fail to the principles and values of the republic in exercising his tenure.”

Despite being alienated by his colleagues, his party, his constituents, even his family, Chardon does not, however, back down. He claims over twitter that “Yes, I am the author” of his remarks. He refuses to back down from his views, insisting that “he who practises [islam] must immediately be escorted out of the borders”, and proclaims that “the [French] Republic is to favour the practise of Christianity”.

It is astonishing how the French Republic protects the freedom of speech for all groups except that of the native French people. Ironically, the prohibition of opinions which disagree with those of the government was something practised by the Soviet Union, which was known for locking up those disagreed with the state’s agenda, labelling all such individuals as ‘mentally ill’.

Robert Chardon is a brave man. He chooses to voice his views, however unpopular, however radical, even when he is made a political prisoner over them, even when he is alienated by his entire republic and his countrymen. In the future, maybe a decade or two from now, Mr. Chardon will be labeled a hero for his words.

A Canadian engineering student, and one who passionately believes in a Eurocentric world. Europe, my colonial father, has provided me with my values, my science, my language, and my culture, and for that, I embrace and thank them.

Another article on this: http://www.thenewamerican.com/world-news/europe/item/20895-was-politician-forced-into-mental-institution-for-islamophobia

…..If interested, I (JdN) know a spiritual WN person who analyzes Hindu astrology and your karma, dharma, character in a previous life, etc.

You can write me at john_denugent@yahoo.com

…..My new and radical video on Bill Clinton and other VIP pedophiles