What is extraordinary is how rare it is, and how few white men have the courage, to calmly say the plain truth that every sensible White is thinking.

We can build a new nation with solid, low-key guys like this.

(Btw, the reporter has the effeminate, whiny voice one hears more and more in under-30s, and in Richard Spencer. It is incredible to me that his Low-T voice does not even bother people any more. When I was in high school such a lilty voice in a man literally, right or wrong, would have resulted in a beating.)

Ed Drantch
Posted by: Eli George
BUFFALO, N.Y. (WIVB) – The FBI now believes an arson fire in Buffalo’s Old First Ward may have been a hate crime. Upon hearing the news the fiery crime may be rooted in racism, a neighbor gave a stunning reaction.

JdN: Location of Buffalo, New York. President Grover Cleveland was once the sheriff here, and personally hanged convicted murderers, saying such grim tasks should not be delegated to deputies.

Grover Cleveland, a conservative Democrat and US president 1885-89 and 1893-97 “Cleveland won praise for his honesty, self-reliance, integrity [….] He fought political corruption, patronage, and bossism. As a reformer Cleveland had such prestige that the like-minded wing of the Republican Party, called “Mugwumps“, largely bolted the GOP presidential ticket and swung to his support in the 1884 election. 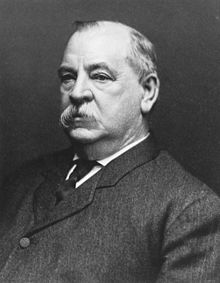 As you read through the story, know you may find some of the statements offensive.

Federal prosecutors stop short of calling this a hate crime, but continue to look for evidence to prove it as such. They have been investigating the Mackinaw Street fire for more than a year.

“The property owner and the victim was a refugee that had fled oppression and had immigrated to the United States in pursuit of the American dream,” said Frank Christiano, Resident Agent in Charge of the ATF.

Fifty-eight-year-old Michael Fijal of Buffalo was charged with arson and is awaiting trial. Prosecutors say he paid someone to purposely set the empty building on fire. The blaze was so intense, it damaged the home next door.

Now authorities say they’re looking for more evidence to prove race may have been a motivating factor. The FBI is offering a reward to anyone who can help with further information, leading to an arrest of the person who burned the house down.

FBI Special Agent Christopher Piehota said, “The elements of the case indicate there may be a hate crime motivated incident and we want to get to the bottom of it.”

We wanted to know if residents believed race played a role in the crime. One neighbor, working on repairing a home damaged in last year’s fire, had some comments that may shock you. 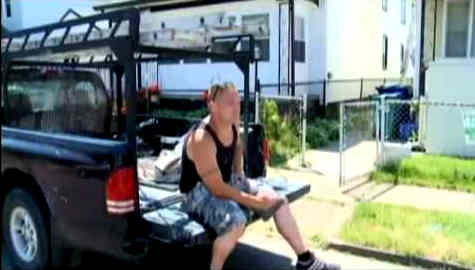 He’s has lived in the Old First Ward for more than 30 years.

The man stated, “People in these neighborhoods don’t want those type of people moving down here and destroying the property value. So when things like that happen, it shouldn’t such a shock.”

We asked the man what he meant by “those types of people.” He responded: “Minorities. African Americans.”

We asked the man why he holds these opinions.

He answered, “Because I own a home and I see what happens when they move into the neighborhood. Property value goes down, kids on the corner, crime goes up. The east side used to be a beautiful place; look what they did to that.”

But not everyone felt the same way. One woman who moved to the area right before last year’s fire said she was disappointed to learn the crime could be racially motivated.

“It seemed like this was their dream. They came here I think from the Congo probably to have a better life, and this is what they have now,” she said.

Despite the mix of opinion, the man stands by his assertion. We asked the resident if he thinks there’s anything wrong with what he had said.

“I don’t feel there’s anything wrong with it. A lot of people would feel wrong about it, but I don’t.”