…..after reading an attack by one Holocaust revisionist against others

“Ego causes suffering” — Buddha
Otto Ernst Remer, whoÂ of course was the Wehrmacht major who crushed the July 20, 1944 putsch (I knew him from his IHR speech, having lunch with him at the IHR conference, and also visiting him in his home in Germany) brought out in his magisterialÂ VerschwÃ¶rung und Verrat um HitlerÂ that one of the biggest reasons why Germany lost the war was envious, pathological hatred of Hitler by other, rival, competing, jealous right-wingers/nationalists, some of them aristocrats who despised “the Austrian corporal.”.
One sneered that Hitler “looks like a Bahnhofskellner” (train station waiter).Â But Admiral Doenitz said, correctly,Â “In comparison to Hitler we are all pipsqueaks. Anyone who believes he can do better than the FÃ¼hrer is stupid.”[21]Â  [The Impact of Nazism: New Perspectives on the Third Reich and Its LegacyÂ by Alan E. Steinweis and Daniel E. Rogers, University of Nebraska Press, 2003, pp. 186â€“188.] 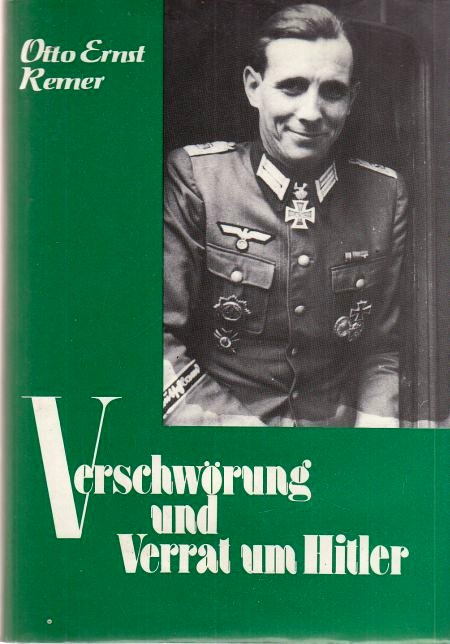 These insanely jealous rivals literally wanted Germany to lose the war just so Hitler would not win it.Â
Â
Schwer nachzuvollziehen, hard to fathom, especially after seeing the new documentary film “Hellstorm,” which btw I was very involved in (six voices, including Ilya Ehrenburg, that I and Margaret did, and other things), and really grasping just how horribly Â the German people were crucified by the Jew-Allies 1944-48.Â (I just recorded SEVEN voices for the German-dubbed version of HS, including twice Winston Churchill, and felt literally unclean afterward, like I needed an exorcism.Â

)
Now at 260,000 views!
Hellstorm – The Real Genocide of Nazi Germany (Documentary w/ Subtitles)Â Â
The power of hate is just amazing to me as a once naive, blue-eyed Aryan. The power of blind jealousy. The power of envy and resentment because another is also successful, or maybe even more successful, more famous, more respected, and more honored….. completely losing sight of the one and only goal we have, one which should unite us as brothers —Â defeating the Jews.
It no longer surprises me that the Catholic Church listed envy as a mortal sin, like murder. I am not a Catholic except on paper, like AH, but this 2,000-year-old institution obviously has done some things right to stay around so long.
InÂ Roman CatholicÂ moral theology, aÂ sinÂ considered to be more severe orÂ mortalÂ is distinct from aÂ venial sinÂ and must meet all of the following conditions:
To desire the defeat of one’s own Fatherland and the ocean of blood and tears that resulted, when one’s fatherland is clearly in mortal danger — just so another individual (Hitler) gets no triumphal parade or glory, or a statue .. is conscious wickedness.Â
Â
Ecstasy as Hitler liberates Austria from 24 years of misery 1914-38

To denigrate our revisionist comrades and their work, bravery, reputation, and above all their moral and physical bravery, is also WICKED.Â Comrade,Â take a hard look at yourself and repent! No one here is your enemy; you are being your own enemy!
JdN
PS I will add that I have done some IMO significant revisionist writing myself, but unfortunately the Jews hacked my site and the link must be repaired. This was my three-part scholarly articleÂ on “Hitler’s Madagascar Plan” to put European Jewry on that huge, French.controlled island. (I wrote it, but gave Ralph Grandinetti, a blue-collar welder and NS comrade, the credit due to his having had the key ideas to start the project, our long friendship, and because he was aging and ailing)

(Research by Ralph Grandinetti and myself, but actually written almost entirely by myself; Ralphie was a welder, and an excellent researcher –he spent many hours at FDR’s library at Hyde Park, New York State — but he was not a professional writer)
The late, great Ralph Grandinetti as a Rockwell stormtrooper, with his black tie tucked into his shirt; head under left edge of billboard
.