Here is Alex, an heroic young German in Berlin, pleading in English (in good English, better that George Bush’s) for us American whites to wake up!

(And do not say that Germans in their lily-white country know nothing about minorities and blacks. Berlin, the CAPITAL OF GERMANY, is now FULL of muslims, blacks, Asians and, WORST OF ALL, Russian juze! The Berlin schools are now 50% minority!!!!!! Some areas of Berlin are so dangerous that the white cops only visit them in groups of two squad cars, on alert and armed to the teeth! Gemany is no longer lily-white at all! The country is now twenty percent non-white. See my article at the end of this post.)

Here is an American, a husband and father, who became a white nationalist just two years ago. This is his first video and he feels a need to take his stand publicly. He is eloquent in that he is just an average American who wants to do the decent and brave thing. Maybe he heard that subversive song that ends:

“the land of the free and the home of the brave”! 😉

That song is the Star-Spangled Banner, our national anthem.

Here is a long-term American Indian activist, Russell Means, on the atrocities the juze are committing on the innocent people of Palestine, whom they threw off their land and are now holding in two enormous CONCENTRATION CAMPS called Gaza and the West Bank! How dare the juze go on and on with their (fake) fairy tales of “Nazi concentration camps”  — the only “atrocity” by the Third Reich is the Germans made the juze do an honest day’s work  😉 and manual labor in the fields or a factory for the FIRST TIME IN THEIR SPONGING STOCKBROKER LIVES ….when it is  THEY, the Israeli all-juish state, that is running TRUE death camps!!!!! And trying out the latest Pentagon weapons on unarmed civilians!

Here is a white South African talking about the horrific murders of whites that the American censored juzemedia will NEVER cover! What he has not said is that American and South Africa juze, by their media control, forced the whites there, by screaming “racism” and “white supremacism” and “you are full of hate”…and thus they bullied white South Africans into basically committing national suicide — into handing power over to the  Stone Age blacks. (Read about their charming custom here: (scroll down 1/4) http://johndenugent.com/jdn/2010/02/20/english-third-holocaust-of-my-documents-and-photos-discovery-channel and also read this: http://johndenugent.com/jdn/2010/02/22/english-africa-is-hell-so-is-the-junited-kingdom-2) This advanced white nation, bullied by endless hypocritical juish articles preaching white guilt, gave the power of life and death — government police, court and military POWER — over to Blacks who, unlike our own Stone Age, never even invented the wheel or the sail, or how to count past ten! In fact, some blacks in Africa just count “one-two-many”! ;-))

==========Clay Douglas show today 10 am EST  http://www.freeamerican.com with me to talk about lying psychopaths in the media and government! Clay has his own war story.

And hey, President Barack Hussein Obongodrums from hot African Kenya, here’s more of your GLOBAL WARMING 😉 ….shot here in Pennsylvania not too far from where I live north of Pittsburgh…..(and it is snowing again as I type this…) 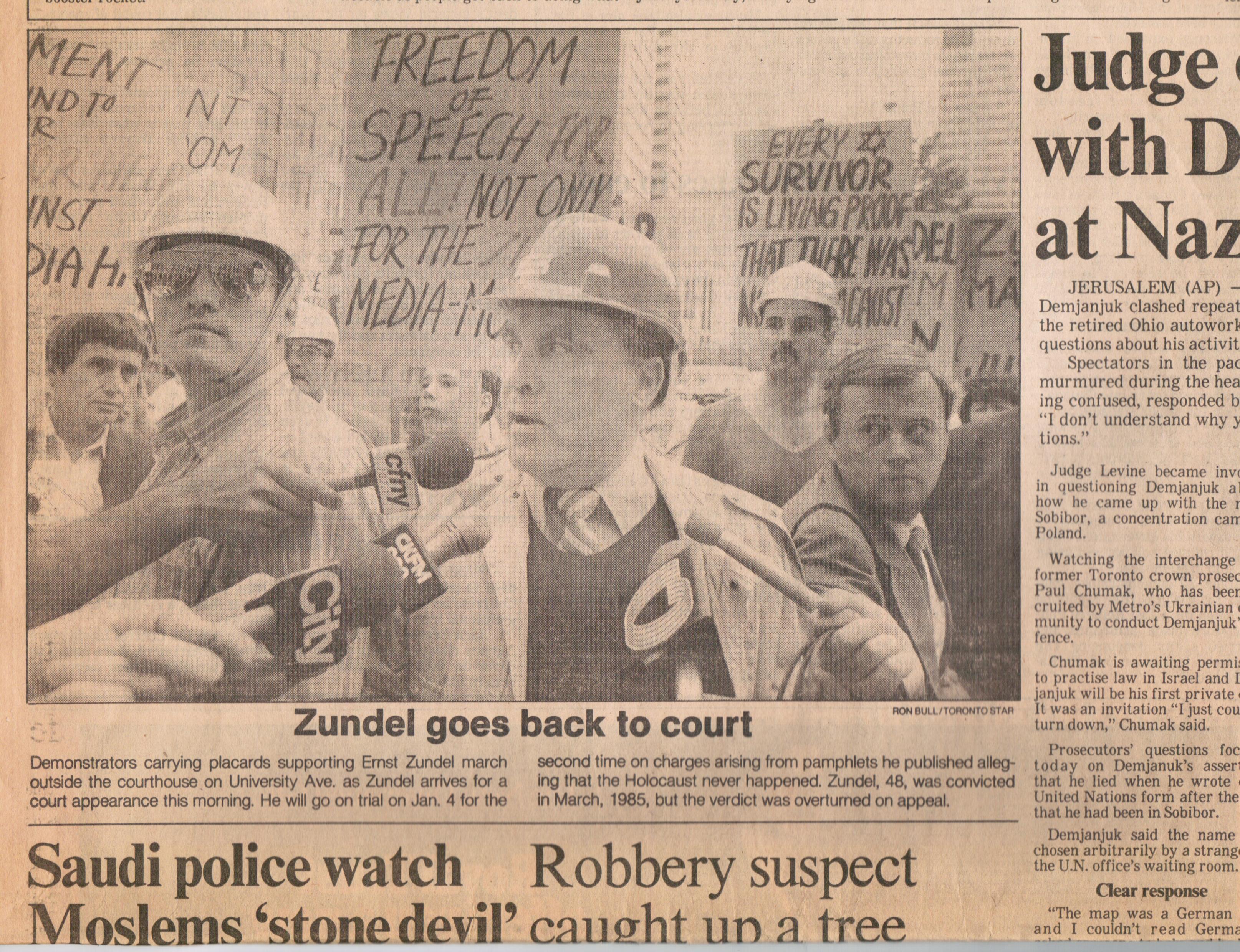