The same way the Jewnited Snakes and its evil CIA undermined South Africa in the last days of apartheid, it is doing now in Europe and especially Germany, pushing for war or constant conflict with Russia, demonizing that nation as it demonized the Boers. Now the CIA and its puppet offshoot in Germany, the BND, are both bribing and threatening journalists at the prestigious newspapers and tv stations.

First, here is what Wikipedia says about this major reporter, and then you see the German reporter’s powerful video testimony (in fluent English) to RT:

Udo Ulfkotte (born 20 January 1960) is a German journalist. He was formerly an editor for one of Germany’s main dailies, Frankfurter Allgemeine Zeitung (FAZ). Ulfkotte studied jurisprudence and politics at Freiburg and London. He was an advisor to the Kohl government. Between 1986-1998, Ulfkotte lived predominantly in the Islamic states of Iraq, Iran, Afghanistan, Saudi Arabia, Oman, United Arab Emirates, Egypt and Jordan.[1][2]

Ulfkotte was on the staff of the Konrad Adenauer Foundation from 1999 to 2003. He won the civic prize of the Annette Barthelt Foundation in 2003.[3]

Ulfkotte publishes a magazine called “Whistleblower” which reports on topics not covered by the German media.

Ulfkotte had planned to run for the Hamburg local elections in 2008 as number 2 on the Centre Party’s list,[4] but later withdrew in June/July 2007. On July 2007 Ulfkotte announced he will found a new national party.

Ulkotte is associated with Pax Europa,[5] a German right wing organization. Pax Europa and Ulfkotte were a driving force behind a protest in Brussels, Belgium on September 11, 2007 titled “Stop the Islamization of Europe”. He had turned to the Belgian Council of State in order to approve the protest when Brussels mayor Freddy Thielemans refused to permit it. However, he later withdrew his support.[6]

Ulkotte was born into a Christian family, but by the age of 21 years he abandoned Christianity and became atheist. When he went to live in Islamic countries he converted to Islam while living in Herat, Afghanistan. He later abandoned Islam and is now a reborn Christian.[7]

These works are all written in German. English translations of the titles are included here. 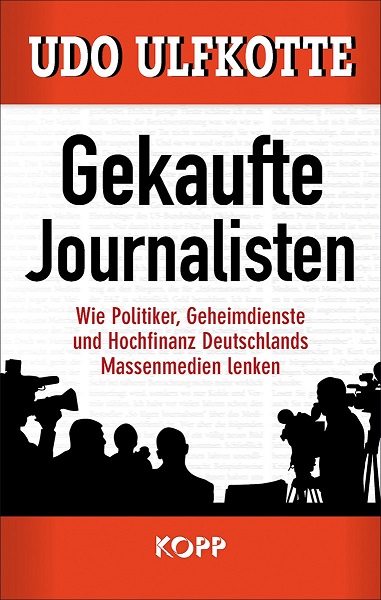 Udo Ulfkotte, a former editor of Frankfurter Allgemeine Zeitung, one of largest newspapers in Germany, admits he worked for the CIA. His fears for a war in Europe, lead him to his decision to tell the truth about corporate media being controlled by the financial class.

“I’ve been a journalist for about 25 years, and I’ve been educated to lie, to betray, and not to tell the truth to the public,” Ulfkotte told Russia Today. “I was supported by the Central Intelligence Agency, the CIA. Why? Because I was pro-American.”

JdN: Putin is depicted, ridiculously, as an icy villain threatening Europe and a puppetmaster controling Nazi Iranians and Nazi Syrians, though they are Middle Eastern muslims! 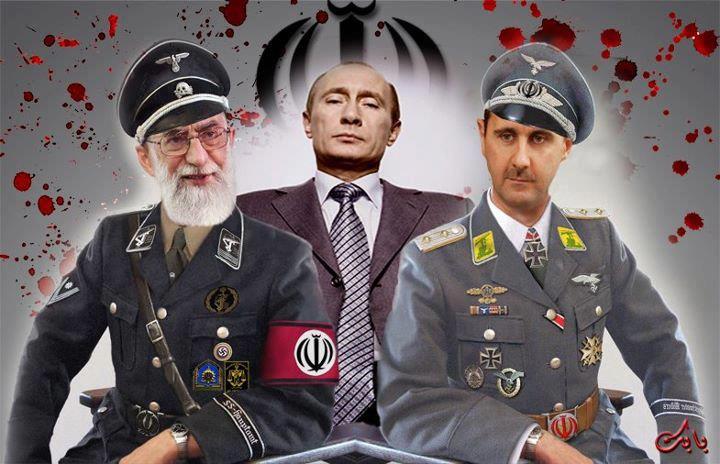 This is a point of no return, and I am going to stand up and say… it is not right what I have done in the past, to manipulate people, to make propaganda against Russia.”

“The German and American media tries to bring war to the people in Europe, to bring war to Russia,” he told RT. “This is a point of no return, and I am going to stand up and say … it is not right what I have done in the past, to manipulate people, to make propaganda against Russia, and it is not right what my colleagues do, and have done in the past, because they are bribed to betray the people not only in Germany, all over Europe. … I am very fearful of a new war in Europe, and I don’t like to have this situation again, because war is never coming from itself, there is always people who push for war, and this is not only politicians, it is journalists too. … We have betrayed our readers, just to push for war. … I don’t want this anymore; I’m fed up with this propaganda. We live in a banana republic, and not in a democratic country where we have press freedom.”