As the world marks 70 years since the launch of a mission which ultimately led to victory over Nazi Germany during World War Two, these powerful before and after pictures show the true horror and heroism on a day that changed the world.

On June 6, 1944, Allied soldiers descended on the beaches of Normandy for D-Day, in an operation that marked the beginning of the end of a devastating six-year conflict.

In a mission described by wartime Prime Minister Winston Churchill as “undoubtedly the most complicated and difficult that has ever taken place”, D-Day was the beginning of an 80-day campaign to liberate the region which involved three million troops and cost 250,000 lives.

Few are left to tell the story of the D-Day landings, but today, as we remember the sacrifices and heroism of troops involved in the landings, these pictures of tourists soaking up the sun on Normandy’s beaches stand in stark contrast to haunting images taken around the time of the crucial invasion.

After reading my essay on the scientific reality of reincarnationÂ http://johndenugent.com/reincarnation-evidence/

You did a good job of assembling some excellent material on the issue. I was already familiar with some of it, but I have to admit the Carl Edon case is very striking, as is the resemblance in the photos between him and Heinrich Richter. 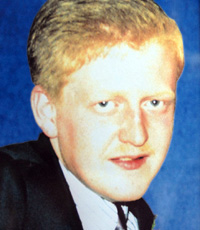 As for the birthmark on Carlâ€™s leg marking the place where Richterâ€™s was severed, hereâ€™s an Ian Stevenson page showing photos not only of such birthmarks but of actual birth defects carried over from traumas like lost limbs in the previous life: