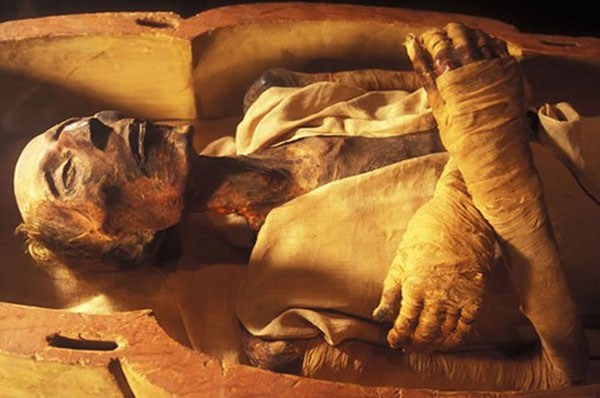 A new analysis of DNA from ancient Egyptian mummies, carried out by scientists from the University of Tuebingen in Germany, has revealed that ancient Egyptians were indeed Europeanâ€”and that the present-day Egyptian population is a mixed race group with a massive sub-Saharan (negroid) element.

The study, titled â€œAncient Egyptian mummy genomes suggest an increase of Sub-Saharan African ancestry in post-Roman periodsâ€ and published in the journal Nature Communications 8, Article number: 15694 (2017) doi:10.1038/ncomms15694, looked at genetic differentiation and population continuity over a 1,300-year timespan, and compared these results to modern populations.

â€œWhen comparing this pattern with modern Egyptians, we find that the ancient Egyptians are more closely related to all modern and ancient European populations that we tested, likely due to the additional African component in the modern population observed above. By computing f3-statistics, we determined whether modern Egyptians could be modelled as a mixture of ancient Egyptian and other populations. Our results point towards sub-Saharan African populations as the missing component, confirming the results of the ADMIXTURE analysis.â€

The study found that ancient Egyptians were most closely related to ancient European populations â€œin the Levant,â€ (that is, the ancient â€œOld Mediterraneanâ€ whites) and Neolithic populations from the Anatolian Peninsula and Europe.