Â The German Sixth Army was a field army unit of the Wehrmacht during World War Two. It is widely remembered for its encirclement and destruction by the Red Army at the Battle of Stalingrad in the winter of 1942-43.

Vasily Grigoryevich Zaytsev, pictured left here, was a Soviet sniper who killed more than 250 German and other Axis soldiers and officers with a standard-issue rifle and a scope. He lived long after World War Two ended and died at the age of 75 in 1991. During the war, up until November 10, 1942, he had killed 32 Axis soldiers. Between 10 November 1942 and 17 December 1942, during the Battle of Stalingrad, he killed 225 soldiers and officers of the Wehrmacht and other Axis armies, including 11 enemy snipers. In 2001, Jude Law starred in “Enemy at the Gates” – a Hollywood propaganda film with Zaytsev as the main character and Ed Harris playing a German sniper. 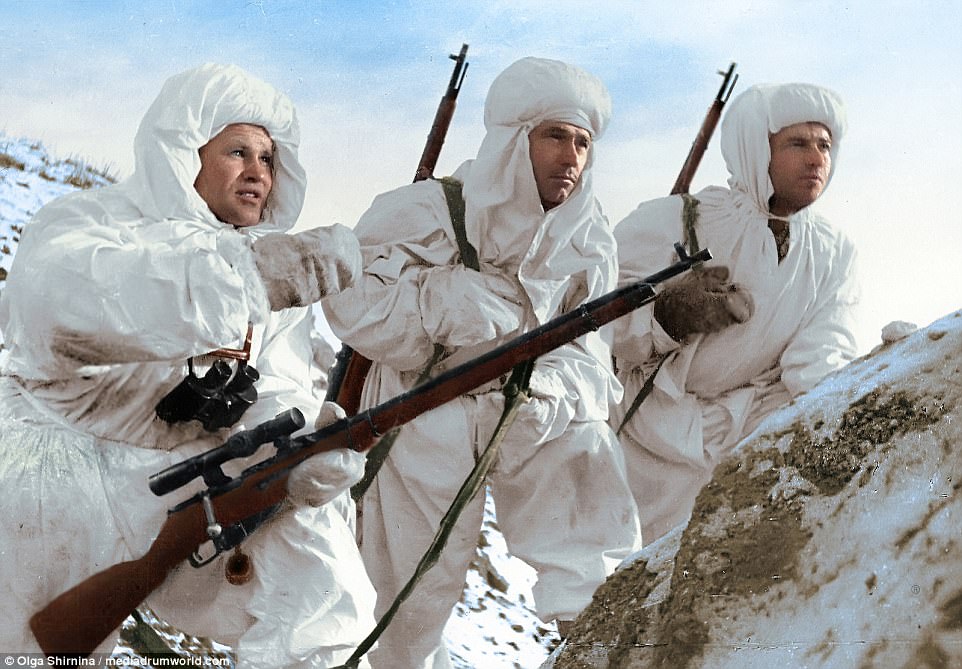 A Messerschmitt Bf 109 – a German WWII fighter aircraft that was the backbone of the Luftwaffe – nosedived into the ground during the Battle of Stalingrad. A total of 160 German aircraft were destroyed and 328 were heavily damaged beyond repair during the bloody mega-battle. The Luftwaffe also lost close to 1,000 highly experienced bomber crew personnel and as a result of the pounding they took, four of the Luftwaffe’s air transport units were formally dissolved. 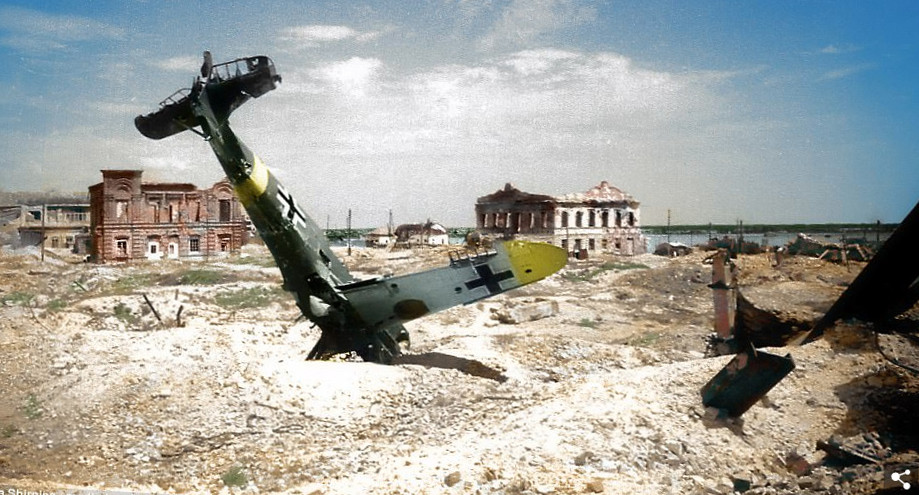 Lydia Vladimirovna Litvyak, also known as Lilya, was a Russian fighter pilot in the Soviet Air Force during WWII. She was the first female pilot to shoot down an enemy plane, the first of two female fighters to earn the title ‘fighter ace’ and the holder of the record for the greatest number of kills for a female fighter pilot. With twelve solo victories and four shared kills over a total of 66 combat missions, she was immortalized despite being shot down and killed at the age of just 21 on August 1, 1943 in Krasnyi Luch. near Orel, during the Battle of Kursk as she attacked a formation of German planes.Â 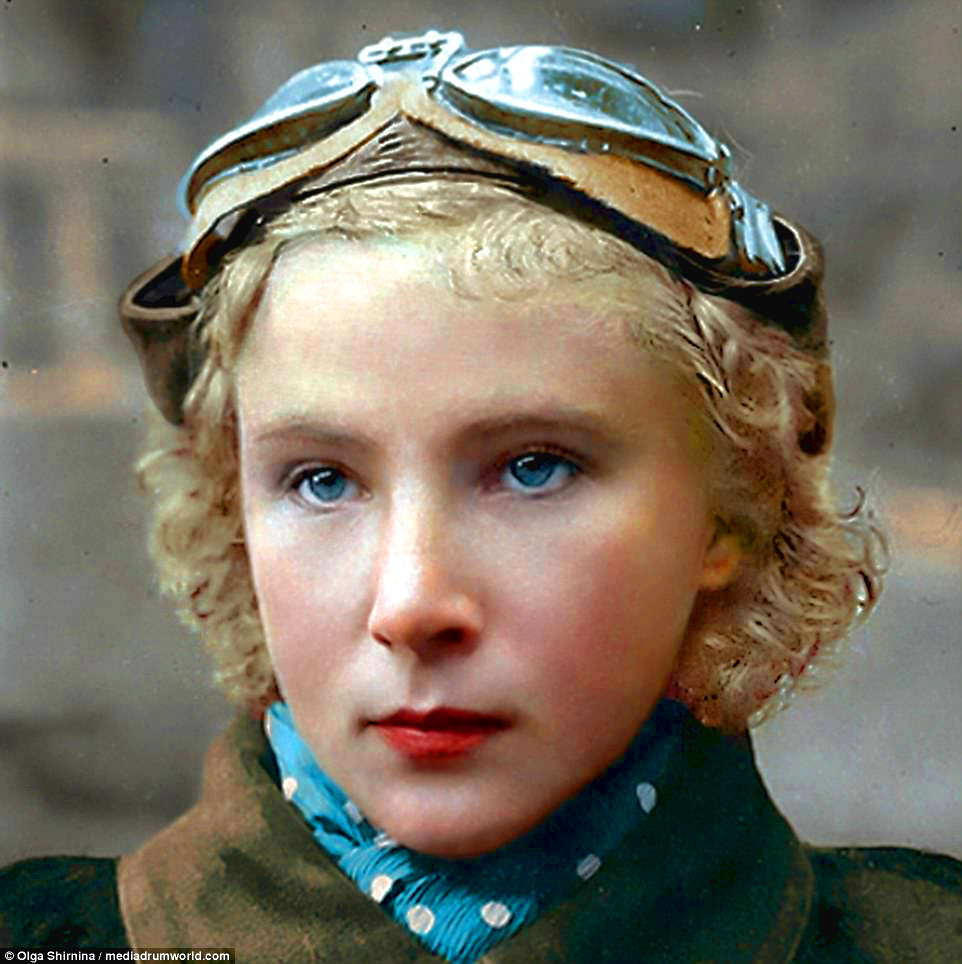 Rosa Shanina was a Russian sniper who perished three months before the war’s end while saving a friend.

Many women fought on the Soviet side, or were under fire. As SAoviet General Chuikov acknowledged,

“Remembering the defence of Stalingrad, I can’t overlook the very important questionÂ … about the role of women in war, in the rear, but also at the front. Equally with men they bore all the burdens of combat life and together with us men, they went all the way to Berlin.”[47]Â

At the beginning of the battle there were 75,000 women and girls from the Stalingrad area who had finished military or medical training, and all of whom were to serve in the battle.[48]Women staffed a great many of the anti-aircraft batteries that fought not only the Luftwaffe but German tanks.[49]Soviet nurses not only treated wounded personnel under fire but were involved in the highly dangerous work of bringing wounded soldiers back to the hospitals under enemy fire.[50]Â Many of the Soviet wireless and telephone operators were women who often suffered heavy casualties when their command posts came under fire.[51]

Though women were not usually trained as infantry, many Soviet women fought as machine gunners, mortar operators, and scouts.[52]Â Women were also snipers at Stalingrad.[53]Â Three air regiments at Stalingrad were entirely female.[52]Â At least three women won the title “Hero of the Soviet Union” while driving tanks at Stalingrad.[54]

A Russian soldier, rifle on his back, Â waves a Soviet flag on a balcony overlooking a square where military trucks have gathered during the Battle of Stalingrad — one of the most iconic photographs of the battle which claimed Â 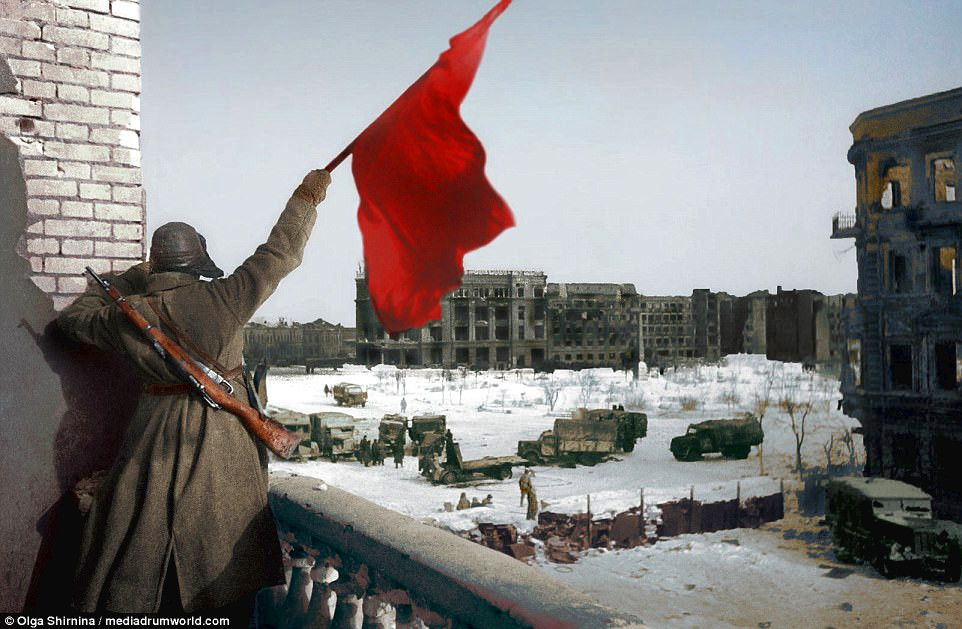 For both Stalin and Hitler, Stalingrad became a matter of prestige far beyond its strategic significance.[55]Â The Soviet command moved units from the Red Army strategic reserve in the Moscow area to the lower Volga, and transferred aircraft from the entire country to the Stalingrad region.

The strain on both military commanders was immense: [German commander] Paulus developed an uncontrollable tic in his eye, which eventually afflicted the left side of his face,

Paulus as a Soviet captive after the surrender 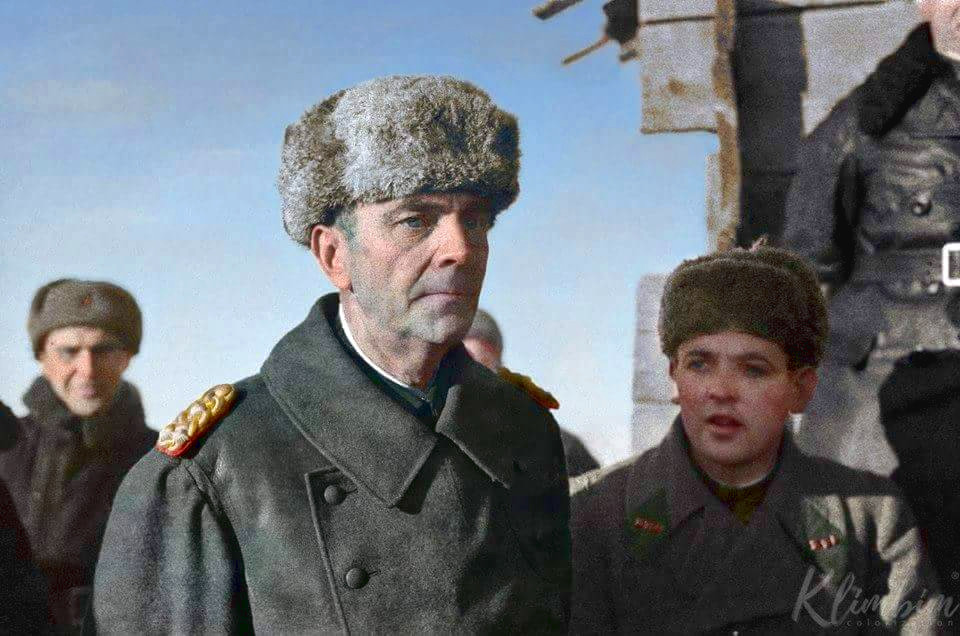 ….while [Soviet commander] Chuikov experienced an outbreak ofÂ eczemaÂ that required him to have his hands completely bandaged. 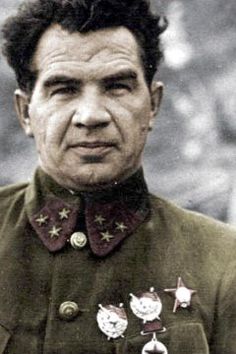 Troops on both sides faced the constant strain of close-range combat.[56]

Dead Italian driver of a FIAT truck on the snow 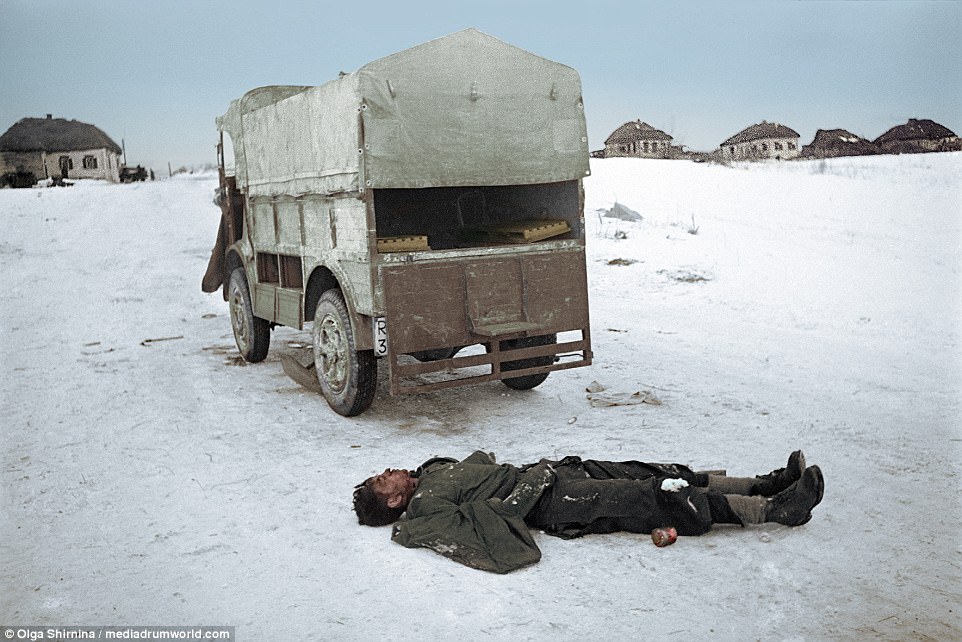 Durable, winter- and mud-ready Soviet T-34 tank with the name “Rodina” (“the Motherland”) roars past an abandoned department store in Stalingrad.Â 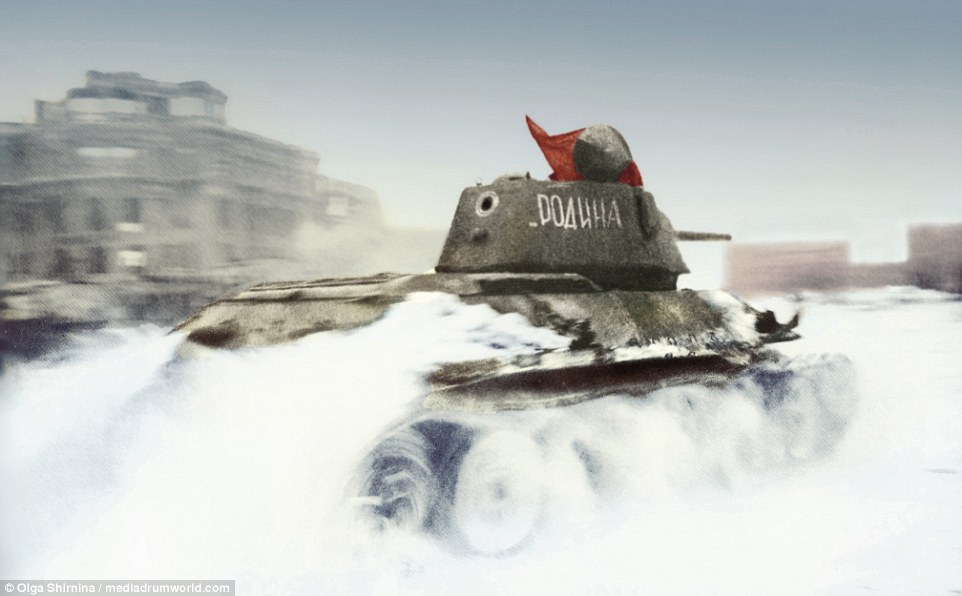 Soviet winter troops move through the ruins of the city.Â 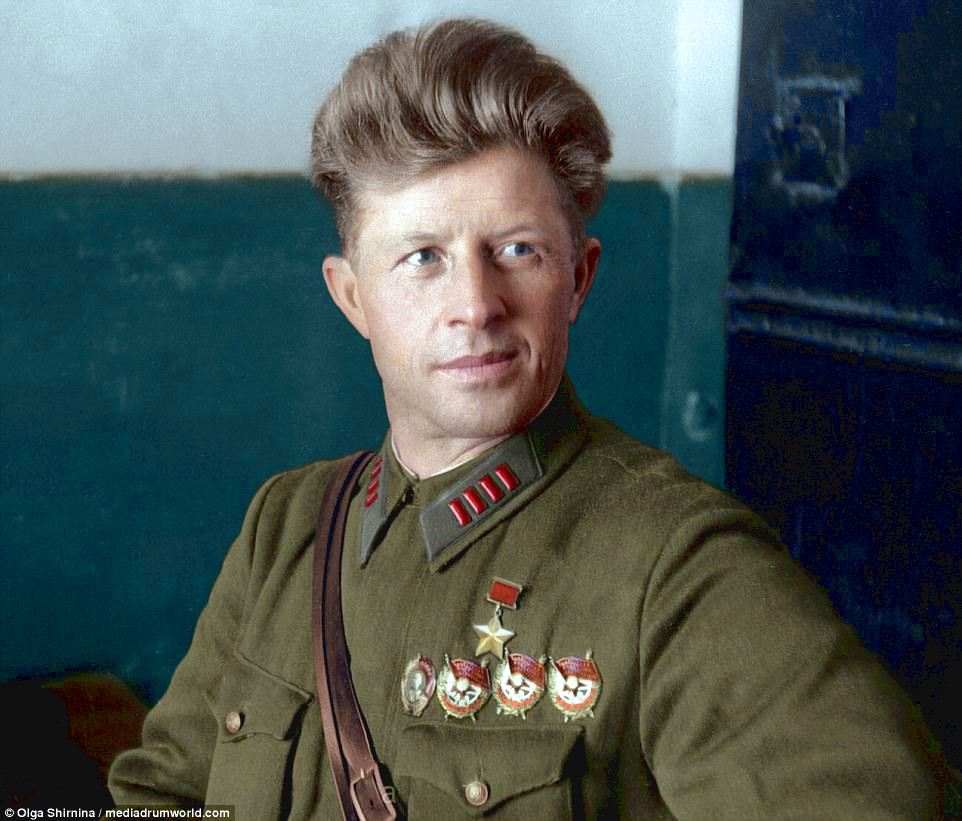 ……Hitler was not a god; his catastrophic policy toward the Russians 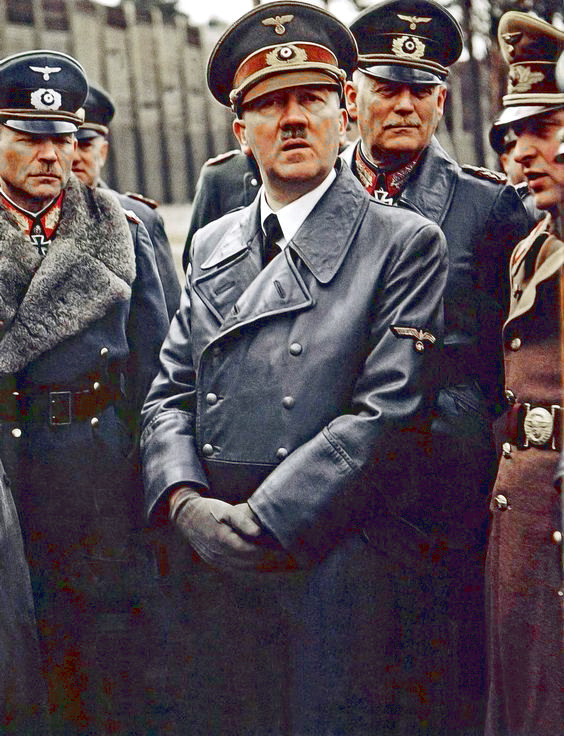 My Â video in German with English subtitles on accepting reality and our mistakes to win this time.