Get short URL
[source:Â https://www.rt.com/news/386155-assange-cia-pompeo-doctrine]
.
Julian Assange has accused Mike Pompeo of declaring war on free speech while seeking vengeance for the exposure of CIAâ€™s dirty secrets and backtracking on his earlier stated admiration of WikiLeaksâ€™ work until it turned against his personally.
TrendsWikiLeaks CIA files

â€œThe ‘Pompeo doctrine’ articulated in his speech ensnares all serious news and investigative human rights organizations, from ProPublica to Amnesty International to Human Rights Watch,â€ Julian Assange wrote in an opinion column published in the Washington Post, responding to the CIA chiefâ€™s remarks earlier this month. 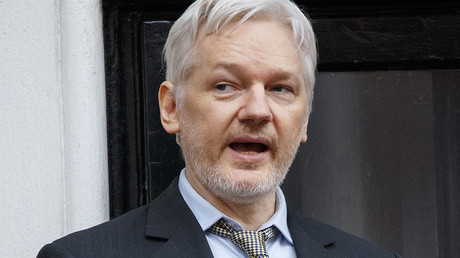 Speaking at the Center for Strategic and International Studies on April 13, Pompeo went on the warpath against WikiLeaks â€“ the whistleblowing website â€“ accusing its editor of being on the â€œwrong side of historyâ€ and seeking to harm America, freedom, and democracy.

Firing back at the CIA director, Assange explained that Pompeo is distracting attention and seeking vengeance for the release of the Vault 7 series of documents that WikiLeaks began to publish on March 7. The documents detail the activities and capabilities of the CIA to perform electronic surveillance and conduct cyber warfare.

â€œAll this speech to stifle speech comes in reaction to the first publication in the start of WikiLeaksâ€™ ‘Vault 7’ series,â€ Assange wrote, adding that â€œwhen the director of the CIA, an unelected public servant, publicly demonizes a publisher such as WikiLeaks as a ‘fraud,’ ‘coward’ and ‘enemy,’ it puts all journalists on notice, or should.â€

Assange also stressed that Pompeo’s labeling of WikiLeaks as a â€œnon-state hostile intelligence service,â€ lacks any facts and called it a â€œdaggerâ€ aimed at the US constitutional right â€œto receive honest information about their government.â€

Opinion | Julian Assange: The CIA director is waging war on truth-tellers like WikiLeaks 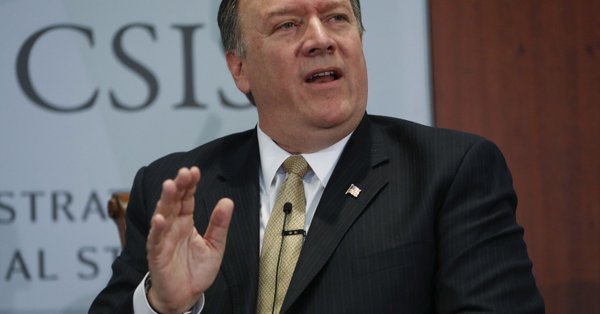 Mike Pompeo has a dangerous worldview.

Calling WikiLeaks an intelligence agency would be â€œas absurd as the suggestion that the CIA is a media outlet. Both journalists and intelligence agencies cultivate and protect sources, collect information and write reports, but the similarities end there,â€ Assange added.

Assange also directly addressed Pompeo’s comments that he (Assange) and â€œhis ilk make common cause with dictators.â€ Calling the CIA Directorâ€™s comment ironic, Assange noted that the agencyâ€™s pursuit to silence US government opponents places him in line with dictatorial regimes.

â€œPompeo finds himself in the unsavory company of Recep Tayyip Erdogan of Turkey (257,934 documents published by WikiLeaks); Bashar al-Assad of Syria (2.3 million documents); and the dictatorship in Saudi Arabia (122,609 documents), to name just a few who have tried and failed to censor WikiLeaks,â€ Assange wrote in the Washington Post.

The Australian, who has taken refuge from US prosecution in the Ecuadorian embassy in London, reminded readers that Pompeo was once a WikiLeaks fan.

â€œPompeo liked WikiLeaks when he perceived it was publishing material revealing the shortcomings of his political rivals. It was only when our publications touched Pompeoâ€™s rice bowl that WikiLeaks became his target,â€ Assange said.