The average Chinese man today is 5-foot-8; these men, the upper class 5,000 years ago, were seven inches taller.Â  Here is a tall, white US Army soldier next to a North Korean. 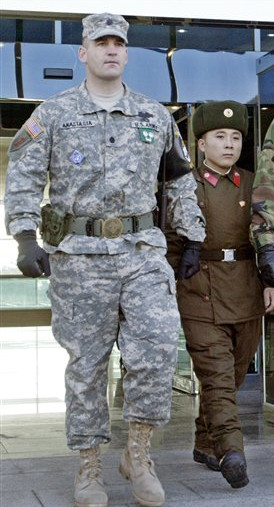 JINAN, July 3 (Xinhua) — Archeologists have found some people in east China 5,000 years ago to be unusually tall and strong.

Measurements of bones from graves in Shandong Province show the height of at least one man to have reached 1.9 meters with quite a few at 1.8 meters or taller. 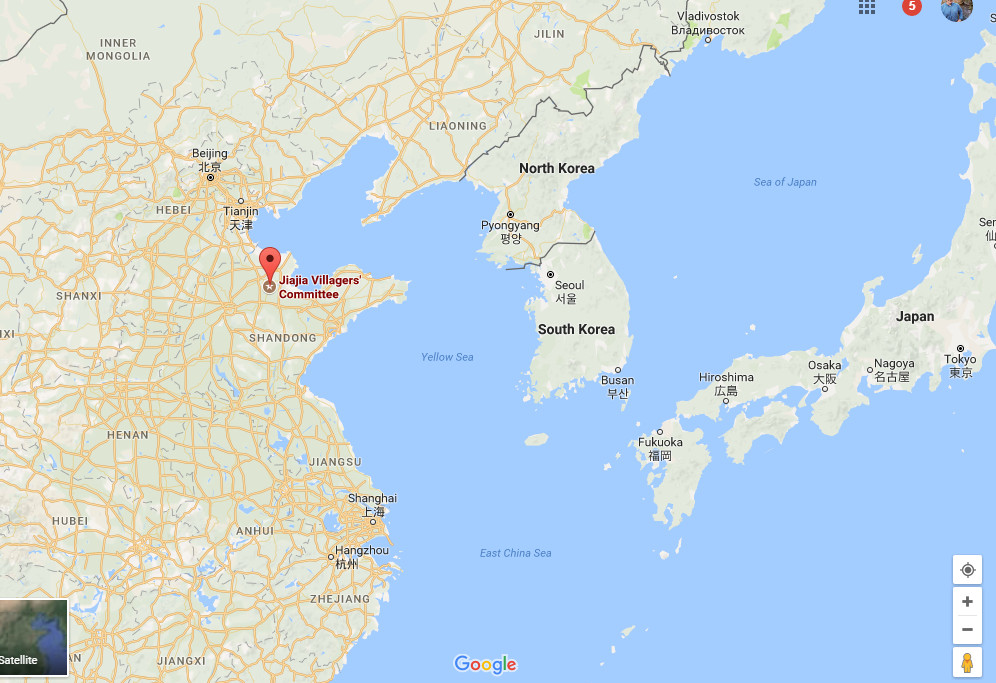 “This is just based on the bone structure. If he was a living person, his height would certainly exceed 1.9 meters,” said Fang Hui, head of Shandong University’s school of history and culture. 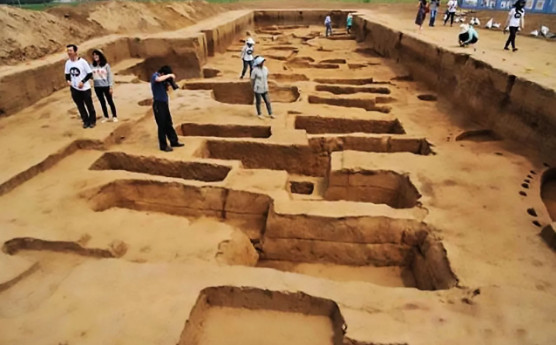 From 2016, archeologists have been excavating the ruins of 104 houses, 205 graves and 20 sacrificial pits at Jiaojia village in Zhangqiu District, Jinan City, capital of Shandong.

The relics are from the Longshan Culture, a late Neolithic civilization in the middle and lower reaches of the Yellow River, named after Mount Longshan in Zhangqiu.

“Already agricultural at that time, people had diverse and rich food resources and thus their physique changed, “said Fang.

Millet was the major crop and people raised pigs, according to Fang. Pig bones and teeth were found in some graves.

According to the findings, taller men were found in larger tombs, possibly because such people had a high status and were able to acquire better food.

Shandong locals believe height to be one of their defining characteristics. Confucius (551-479 B.C.), a native of the region, was said to be about 1.9 meters tall.

Ruins of rows of houses in the area indicate that people lived quite comfortable lives, with separate bedrooms and kitchens, according to the excavations.

The area was believed to the political, economic and cultural center of northern Shandong 5,000 years ago. Ruins of ditches and clay embankments were also found.

The Jiaojia ruins fill a cultural blank 4,500 to 5,000 years ago in the lower reaches of the Yellow River, said Wang Yongbo of the Shandong Provincial Institute of Archeology.

Archaeologists found obvious damage to the head and leg bones of some of the bodies and to pottery and jade articles in six large tombs. The damage may have been done not long after the burials and may be due to power struggles among high-ranking people.

Li Boqian, an archaeologist with Peking University, said the excavations showed Jiaojia in a transition phase, but proved the existence of ancient states 5,000 years ago in the basin of lower Yellow River.

“Further study and excavation of the site is of great value to our understanding of the origin of culture in east China,” said Zhou Xiaobo, deputy head of Shandong provincial bureau of cultural heritage.