1) No matter how hard you try, you can’t baptize cats..
2) When your Mom is mad at your Dad, don’t let her brush your hair.
3) If your sister hits you, don’t hit her back. They always catch the second person.
4) Never ask your 3-year old brother to hold a tomato.
5) You can’t trust dogs to watch your food..
6) Don’t sneeze when someone is cutting your hair..
7) Never hold a Dust-Buster and a cat at the same time.
8) You can’t hide a piece of broccoli in a glass of milk.
9) Don’t wear polka-dot underwear under white shorts..
10) The best place to be when you’re sad is Grandma’s lap.

GREAT TRUTHS THAT ADULTS HAVE LEARNED:

1) Raising teenagers is like nailing jelly to a tree.
2) Wrinkles don’t hurt.
3) Families are like fudge…mostly sweet, with a few nuts
4) Today’s mighty oak is just yesterday’s nut that held its ground…
5) Laughing is good exercise. It’s like jogging on the inside.
6) Middle age is when you choose your cereal for the fiber, not the toy..

THE FOUR STAGES OF LIFE:

Pass this on to someone who could use a laugh.

Always remember to forget the troubles that pass your way;
BUT NEVER forget the blessings that come each day.

…..CHINA YET AGAIN CHOOSES THE GERMAN NATIONAL-SOCIALIST PATH TO SUCCESS

I realized a long time ago that the Chinese respect, not the English-speaking white peoples (Brits and Americans forced opium on them and occupied most of the Chinese coast in the 19th century!) but instead Germany.

China is gobbing up the products of the modern Germany at a huge clip (the German economic boom depends on exports to China, not to the rest of the European Union or to North America)

The new Audi sedan from Germany parks itself in the garage and comes and picks you up at the push of a button!

But everyone knows the Jews control the modern Germany of today, and this China does not want for itself.

The real role model for China remains the THIRD REICH.

Here are the similarities:

–rejection of racial mixing with blacks or Arabs (the Chinese will marry whites, whom they consider to be an advanced race)

–the belief in a powerful and unified nation and folk community (both countries have/had the red flag of socialism, but that means not communism but instead “what is good for the whole society, not the government nationalizing all businesses and industries) 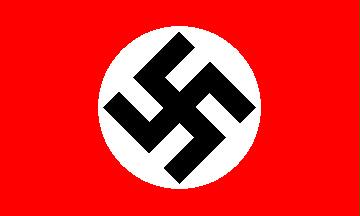 –a state-guided but privately owned economy 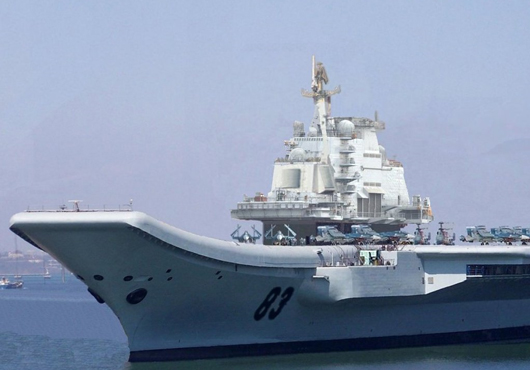 And now we read this:

It’s not exactly news that China is setting itself up as a new global superpower, is it? While Western civilization chokes on its own gluttony like a latter-day Marlon Brando, China continues to buy up American debt and lock away the world’s natural resources. But now, not content to simply laugh and make jerk-off signs as they pass us on the geopolitical highway, they’ve also developed a state-endorsed genetic-engineering project.

At BGI Shenzhen, scientists have collected DNA samples from 2,000 of the world’s smartest people and are sequencing their entire genomes in an attempt to identify the alleles which determine human intelligence. Apparently they’re not far from finding them, and when they do, embryo screening will allow parents to pick their brightest zygote and potentially bump up every generation’s intelligence by five to 15 IQ points. Within a couple of generations, competing with the Chinese on an intellectual level will be like challenging Lena Dunham to a getting-naked-on-TV contest.

Geoffrey Miller, an evolutionary psychologist and lecturer at NYU, is one of the 2,000 braniacs who contributed their DNA. I spoke to him about what this creepy-ass program might mean for the future of Chinese kids.

VICE: Hey, Geoffrey. Does China have a history of eugenics?
Geoffrey Miller: As soon as Deng Xiaoping took power in the late 70s, he took the whole focus of the Chinese government from trying to manage the economy, to trying to manage the quality and quantity of people. In the 90s, they started to do widespread prenatal testing for birth defects with ultrasound, and more recently, they’ve spent a lot of money researching human genetics to figure out which genes make people smarter.

What do you know about BGI Shenzhen?
It’s the biggest genetic research center in China, and I think the biggest in the world, by a considerable margin. They’re not just doing human genetics; BGI is also doing lots of plant genetics, animal genetics, anything that’s economically relevant or scientifically interesting.

Are you in touch with them?
I just got an email a couple of days ago saying that they’d almost finished doing the sequencing for the BGI Cognitive Genetics Project, the one I gave my genetics to, and that the results would be available soon.

What was their selection process?
They seem mostly interested in people of Chinese and European descent. They’re basically recruiting through a scientific conference, through word of mouth. You have to provide some evidence that you’re as smart as you say you are. You have to send your complete CV, publications you’ve produced, standardized-test scores, where you went to college… stuff like that.

How will the research be applied?
Once you’ve got that information and a fertilized egg that’s divided into a few cells, you can sample one of the cells to figure out the expected intelligence if it’s implanted and becomes a person.

What does that mean in human language?
Any given couple could potentially have several eggs fertilized in the lab with the dad’s sperm and the mom’s eggs. Then you can test multiple embryos and analyze which one’s going to be the smartest. That kid would belong to that couple as if they had it naturally, but it would be the smartest a couple would be able to produce if they had 100 kids. It’s not genetic engineering or adding new genes, it’s the genes that couples already have.

And over the course of several generations youre able to exponentially multiply the population’s intelligence.
Right. Even if it only boosts the average kid by five IQ points, that’s a huge difference in terms of economic productivity, the competitiveness of the country, how many patents they get, how their businesses are run, and how innovative their economy is.

Could it develop into something more sinister?
That same research does open up the door potentially to genetic engineering in the future. But that would take a lot longer to make practical.

When do you think the embryo analysis might be implemented on a large scale?
Actual use of the technology to do embryo screening might take five to ten years, but it could be just a few years. It depends on how motivated they are.

Could this whole process be repeated with other characteristics, like physical appearance?
Absolutely. In fact, almost any trait other than intelligence would be easier to do. We know that intelligence depends on lots of genes while physical traits â€“ like hair or eye color â€“ only depend on a few genes. Things like body shape would be easier to do, physical attractiveness would be pretty complicated, personality traits might be a little simpler than intelligence: how hard working somebody is, how impulsive, how politically liberal or conservative they are would be easier. How religious you are, that’s definitely influenced by genes to some degree.

Shit. How does Western research in genetics compare to China’s?
We’re pretty far behind. We have the same technical capabilities, the same statistical capabilities to analyze the data, but they’re collecting the data on a much larger scale and seem to be capable of transforming the scientific findings into government policy and consumer genetic testing much more easily than we are. Technically and scientifically we could be doing this, but we’re not.

Why not?
We have ideological biases that say, â€œWell, this could be troubling, we shouldn’t be meddling with nature, we shouldn’t be meddling with God.â€ I just attended a debate in New York a few weeks ago about whether or not we should outlaw genetic engineering in babies and the audience was pretty split. In China, 95 percent of an audience would say, â€œObviously you should make babies genetically healthier, happier, and brighter!â€ There’s a big cultural difference.

What else is China doing that we aren’t?
Well, they’re also investing a huge amount of money in education, they’re creating new systems of universities that emphasise more creative approaches to learning, and they’re sending hundreds of thousands of college students to America and Europe to see how our education systems operate so they can bring their own systems up to our standards and above.

Do you think global domination is in the cards, then?
The Chinese Communist party has never really sought global domination. They think of it as restoring China to its rightful and historical place as the central culture of humanity. Europe got a temporary advantage, but they’re just restoring the natural balance as the world’s most populous country. I don’t think they have any imperial ambitions to spread China’s borders; they’re not going to act like Nazi Germany or America in the 20th century, but they do want respect and they do want influence and they don’t trust America or Europe to run the world in the right way, in terms of issues like global warming or equality or economic stability.

Maybe they’re on to something.