I had drinks with a loan officer at the local bank in this town of 1,400, and he said — get this — there are just 182 small banks left in the entire United States of America. Now read this from “American Free Press,” a great weekly newspaper with which I once had strong ties (and which was founded by my late, great friend Willis Carto): “On June 22, when AFP staffers checked the orders first thing in the morning, they noticed something was strange. The online credit charges beginning at midnight had all come back as unsettled. A “general error” was listed as the reason for the processing problem.

After calling AFP’s merchant service provider, the company that processes our credit cards, we were told in no uncertain terms that our account had been closed.

“The risk department sent over the closure notice yesterday afternoon,” said “Jacob,” the poor guy from Colorado who was being paid close to minimum wage by an answering service to field the phone calls. “I guess it went through at midnight.”

In 2013, AFP had set up an account with USB Payment Services, a merchant service provider based out of Baltimore, Md., for the sole reason that we preferred to do business with an independent company that was not beholden to shareholders at some mega-bank.

For four years, that company took a percentage in “fees” of all of the credit card sales that AFP made.

A few months ago, however, USB was bought out by banking giant Wells Fargo.

And with no phone call, letter, or email, someone at Wells Fargo just decided to cancel AFP’s credit card processing account, and they were not even going to tell us about it.”

Some self-righteous church-lady types people ask me why I “go to bars.” I go to bars for the exact same reason Dr. Goebbels had informants in the German bars — because you can learn a lot of what is really going on in a bar, because alcohol loosens tongues and people say things to strangers they would never say when sober.

😉 (I learned of a murder conspiracy against me in a bar, then reported it to the sheriff, who then spoke with the three individuals under suspicion.) https://johndenugent.com/…/sheriff-warns-three-local…/ And guess who gave speeches in BEER HALLS? 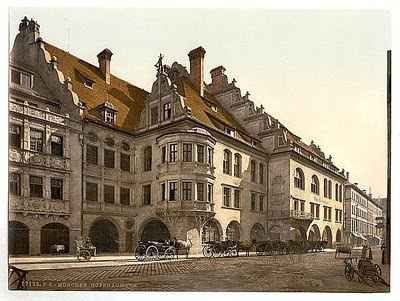 The interior, not much changed from 97 years ago 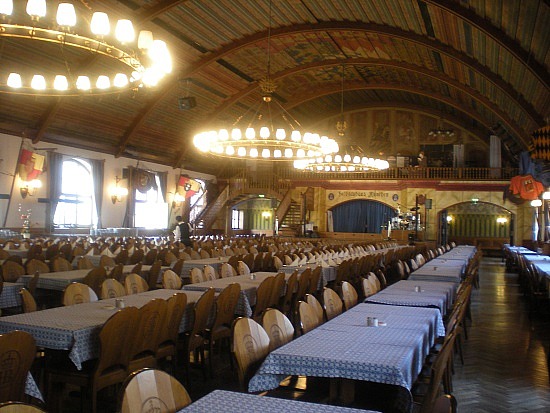