The Torture Tree in Cuylerville, NY

A Break From Todayâ€™s Newsâ€¦ 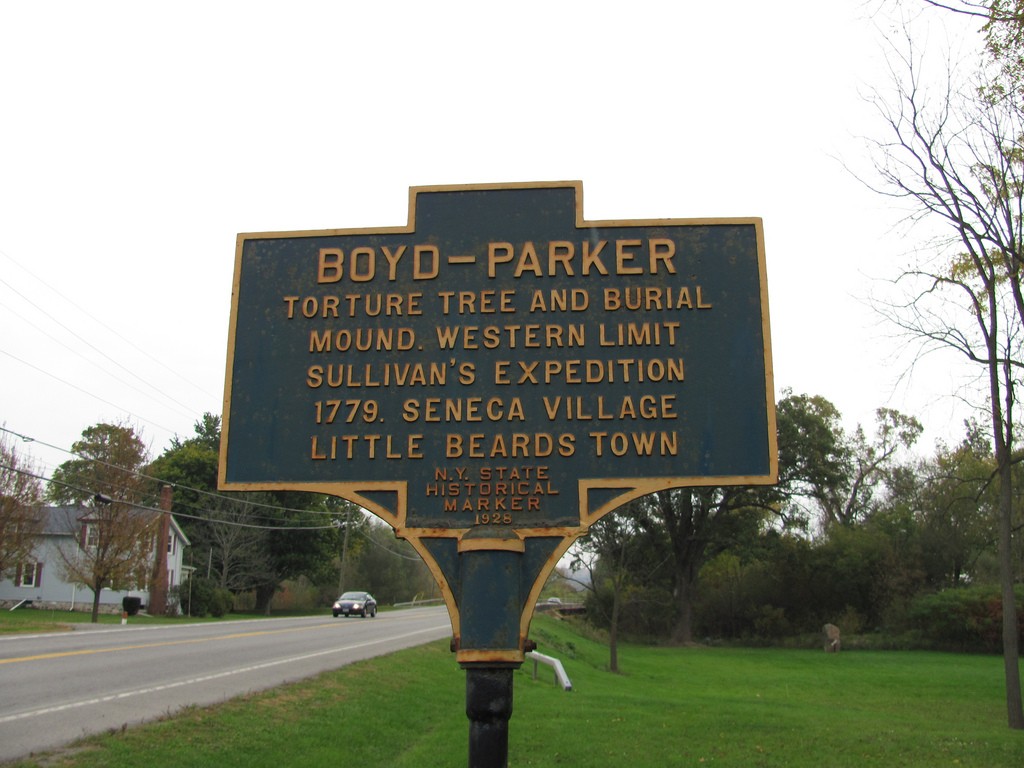 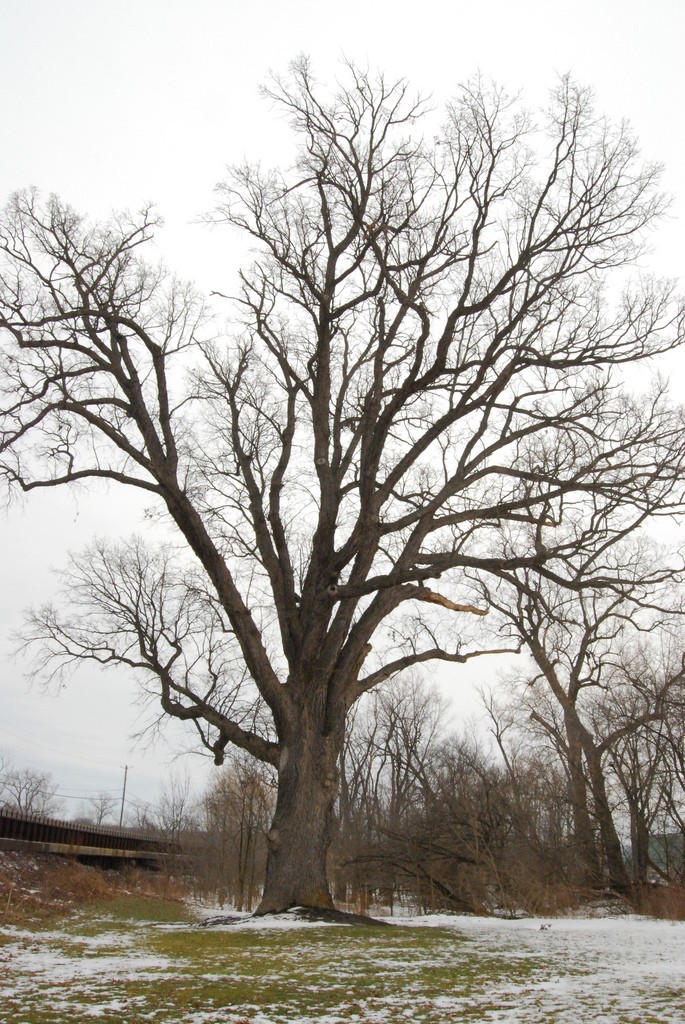 You donâ€™t want to know what happened at this tree, but youâ€™ll keep reading anyway 😉

On September 11, 1779, Gen. Sullivan and his guides argue over the location of their objective, while his men are busy building a bridge for his artillery to cross the Conesus Lake inlet. Sullivanâ€™s map said that Genesee Castle, the principal Seneca village in the area, was on the east bank of the river, the guides say the west bank. General Sullivan instructs Lt. Boyd to take four riflemen and an Indian guide and during the night locate the village and report back with the best route to it. Contrary to orders, Boyd took twenty eight men including guides. They march west, and find an abandoned village just east of the river. Boyd decides to wait here for the army to join him, but when he is fired on by a few Indians, he thinks that it would be safer to rejoin the army. Returning back up the same trail they see more Indians, who lure them into an ambush. Mistaking Boydâ€™s men for Sullivanâ€™s army the Indians attack, killing 18 members of the out-numbered party. These Indians were part of a much larger force waiting to attack the army as it passed by the ravines where they were concealed. The main party of Indians, hearing the fierce fighting at their rear, believe that they are surrounded and abandon their positions to escape along the river, returning to Genesee Castle. When they finally learn that the fight was with a small scouting party the element of surprise is gone, and it is impossible to reassemble the warriors. A survivor of Boydâ€™s party made his way back to Sullivan, who ordered an immediate advance. The few warriors who did offer resistance were quickly killed and the remainder of the march to the Genesee Castle went unmolested. The sacrifice of Boydâ€™s scouting party most likely saved Sullivanâ€™s army. The army entered the village on the 14th and found the bodies of Boyd and Parker.See a map.

Lieutenant Thomas Boyd and Sergeant Michael Parker had been taken prisoner and moved to Genesee Castle. There they had been questioned by Joseph Brant, a Mohawk Indian with an English name, John Butler, an American loyal to the crown (both known for savage attacks on American settlements) and Chief Little Beard of the Senecas. According to some reports they did not talk, but Butlerâ€™s report gave accurate details of Sullivanâ€™s troops and their movements. Bryant and Butler then leave, giving the two soldiers to the Indians. View an Image. 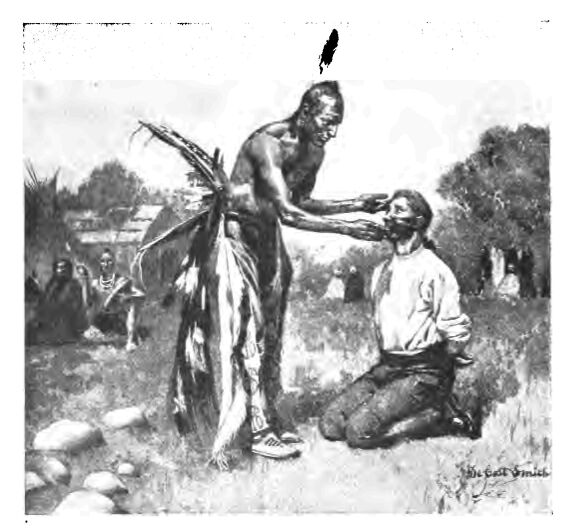 The two were taken to a large oak tree, today called the Torture Tree and stripped naked.

They were then whipped until their backs were covered with welts and bruises. Next the nails were pulled from each finger and toe. They cut off their right ears, then their noses, then their tongues. Their right eyes were gouged from their sockets, and left hanging. They mutilated their genitals until they were attached to their bodies by only foot long strands of flesh. In spite of these inhuman and revolting tortures, the design was to keep the victims alive and conscious as long as possible.

The final acts of cruelty came when the two men had their abdomens cut open and their intestines cut from the stomach. The severed end was fastened to the tree and the men were driven around the tree, their intestines being pulled out as they went. Their hearts were ripped from their chests and, and they were finally beheaded. Boydâ€™s head was placed on a spear and used to lead a dance around the tree. The night of torture finally ended with the approach of Sullivanâ€™s army. Lieutenant Boydâ€™s partially skinned head was found on a log, Sergeant Parkerâ€™s head was never found. The bodies were buried at the junction of two small creeks, about 50 feet from the tree. General Sullivan ordered the complete destruction of Genesee Castle and all of its orchards and crops. When the Indians returned they said there was â€˜not even enough to keep a child one day from perishing from hunger.â€ 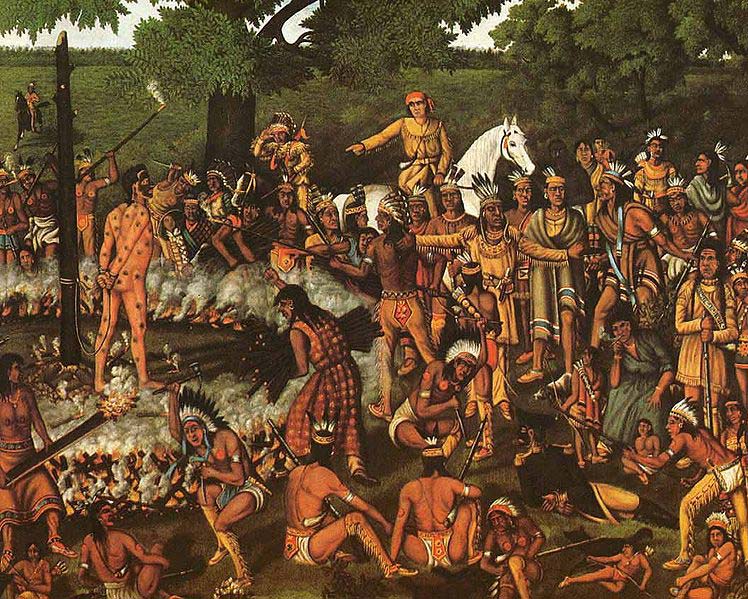 This was not the end of Boyd and Parkerâ€™s story. In 1807 robbers looted the graves, taking clothing as relics. In 1830 the grave was opened again and four Revolutionary War, U S Army uniform buttons were found, authenticating the site. In July of 1841 Professor Samuel Treat gave a speech saying that it was shameful that there was no monument to honor these soldiers. On August 19, six canal boats filled with five military companies, invited guests and journalists went down the Genesee Valley Canal to Cuylerville to bring the remains back to Rochesterâ€™s new Mount Hope Cemetery. Boydâ€™s men, buried in Groveland were also brought back to be buried in honor on Patriots Hill. Emotions were so high that the descendants of the 1807 grave robbers returned what had been taken. With even more ceremony in Rochester the wooden urn containing Boydâ€™s and Parkerâ€™s remains, and the wooden sarcophagus containing the massacre victims were placed next to a temporary wooden monument in Mount Hope. The very next day the Democrats accused the Whigs of burying bear bones, instead of the remains of Boyd and Parker. This controversy raged for years, inspite of the fact that those at the Cuylerville watched as the grave was opened. Meanwhile the wooden urn and sarcophagus sat on the ground, exposed to Rochesterâ€™s weather, until a cemetery caretaker saw the bones lying on the ground, and buried then in potterâ€™s field in 1864. Members of the Irondequoit chapter of the Daughterâ€™s of the American Revolution researching the Boyd & Parker story in 1903, found the remains in potterâ€™s field and they were reburied, again. The site marked with a marked with a granite boulder and a bronze plaque.