Castle Neuschwanstein in the Bavarian Alps

I know, your time is short, but pleaseÂ read all of my message! IÂ´m so happy that you won the election!Â You don’t know anything about me. I’m just one GermanÂ citizen with a message for you.

Some days ago, I had the spontaneous idea to write you. Because YOU can HELP!

But I didnÂ´t have your e-mail-address.Â So I considered contacting Alex Jones,Â who certainly has one.

But then I surfed to the website ofÂ John de Nugent and – open, sesame Â – thereÂ it was!

So now, I can send my message to you!Â Please read it. Did you know, that these parasites get thousands of Euros per months for being lazy bones, rapists, murderers and Â ISIS-terrorist in Germany, all with the blessing of Jewish politicians? Did you know, that most of these migrants (who are vermin!) are not prosecuted and not punished in thisÂ Seehofer-Merkel-State!?

They rob and torture old German retired people to deathÂ in their houses! …that these poor victims can’t conceive childrenÂ any more and have to have surgery to implant in them an artificial anus (if they even survive!) Did you know, that these criminal alien monstersÂ are NOT prosecuted in Germany, but DEFENDED by theÂ German (and Austrian) JEWISH-controlled governments? The only reaction of these political traitors,Â of this JEWISH HIGH TREASON is to muzzleÂ the screaming, crying victims, their families, the staffs of newspapers and the outraged police?!

Old lady in Vienna who was raped, beaten, burned and tortured to death with a hot clothes iron for days in her own apartment by a Turk, enraged that she reminded him there was no smoking in the building Did you know, that this alien scum is grantedÂ THOUSANDS of Euros per month? 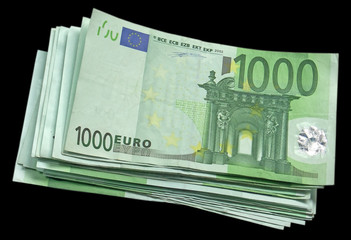 This is a proven fact! Migrants have sometimes dropped their printedÂ bank account statements on the ground, Germans found them, and insiders have leaked the truth aboutÂ this scandal!

But German poor people, living on a thin welfare dime, are getting only 390 Euros [ = $405] per month. This is far too little to live any kind of normal life. $100 a week! And how do you then pay rent, utilities and food out of that?!

Did you know that this violent alien scum receivesÂ 1,000 Euros in child-subsidy for ONE child, for each child, whereas Germans getÂ 190 Euros only for THEIR kids!? Can you imagine GREATER HIGH TREASON than this ongoing CRIME AGAINST THE GERMAN PEOPLE? The fact is this:Â Germany is a vassal state, and America has been givingÂ the orders since 1945 and until the year 2099! (all regulated by a secret treaty)

So please, as the American president, go and STOP this JEWISH WORLD CRIMINAL MERKEL! And her most faithful lapdog Horst SEEHOFER as well! He is the governor of Bavaria.

He is the one who protests with his mouth only andÂ lets Millions of CRIMINAL INVADERS intoÂ Bavaria and thus into all of Germany without having papers (orÂ falsified ones), knowing full well that there are many ISIS terrorists among them! You can stop all this crimes with ease!

Think about your grandparents and do your duty!

Did you know, that all this is about JEWS?!!!

Read about the Jew Coudenhove-Kalergi and hisÂ “PAN-EUROPA-UNION” of 1923-28 (which is now the
EU). His idea was to destroy EuropeÂ and especially Germany – the very enemies of theÂ JEWS – with 50 Million negroes and muslims who are toÂ mingle with the Germans – an “eurasian-negroid mixed race” – so that the “aristocraticÂ race of the Jews” (hah, jerks who do not look likeÂ “aristocrats” but sinister monkeys or Stone-Age brutes) can easily reign over aÂ debilitated population with an IQ of 90Â or 80!

Read about ”the Hooton plan” – Hooton was JEWISH! -Â and “the Morgenthau Plan” – Morgenthau was JEWISH! –
— conspiracies out in the open to completely abolish theÂ German people.

Are you aware of the importance of GermanÂ culture and science for the whole world in the
past?

Inform yourself about Barbara Lerner Spectre – Â a JEWISH SCUM! – on YouTube, where she preaches
that Germany and Europe “has no right to be ‘monolithic’ any longer, but has to shift intoÂ a ‘multicultural mode’ and ‘Jews are at theÂ center of this transformation””!

Do you know that the state of Israel itselfÂ does NOT want any `multicultural modeÂ´ at all?
Why not — if it is so “good”?

The next in line are Annetta Kahane – JEWISHÂ helper of German Terror-Minister Maas – and the
WORLD CRIMINAL JEW Merkel!

Even ultra-liberal newspapers around the whole world like theÂ New YorkÂ TimesÂ or theÂ Daily MirrorÂ are naming herÂ “insane”! Indeed she is fulfilling orders ofÂ Jewish Masonry to DESTROY GERMANY withÂ immigration as much and as quick and asÂ long she is able to do it, orders givenÂ to her from On High in early summer 2015.

In former times she was a Â snitch Â in the DDR (GDR) for the criminal communist party SED.Â Her code name there was “IM [Inoffizieller Mitarbeiter = Â “Inofficial collaborator”] Erika“. Her “Dr.” titleÂ is NOT legit. Her dissertation is aboutÂ problems about chemistry – her partner, a Mr. Sauer, a “Fuehrungs-Offizier” (her handler) is a chemist (!),Â so how then did she get a doctoral dissertation in PHYSICS? YOU, MR. TRUMP, SOON HEAD OF A SUPERPOWER, HAVE THE POWER TO STOP
THIS HIGH TREASON IMMEDIATELY! Please think about your origin! YourÂ grandparents in Kallstadt, Germany.Â Imagine they can look down at you from a higherÂ world, and what they wouldÂ expect you to do.

Maybe you wouldnÂ´t even exist if thisÂ JEWISH EXTERMINATION OF GERMANY hadÂ been conducted some hundred years before!

So please think about your responsibility.

Yes, German ESTABLISHMENT politicians did constantly bash you! But think about this, that the JEWISH `GERMANÂ´Â “federal government” DOES NOT represent the will of the realÂ German people!

These JEWISH criminals have hijacked Germany!

I think you’ve understood my message, andÂ perhaps you knew all about this before?

Last but not least:

Please help the people and the nation that are your proud German ancestors!

Over 50 million German-Americans…and you, a Drumpf, are one!