Sebastian Brandt The jackals…they keep barking and screaming at the lion…until one they, the lion gets up and tears the shit out of everyone.
Unlike · Reply · 2 · 28 mins · Edited

🙂 right, and this was said, as you pointed out on FB, by my lookalike Christopher Walken (German parents, btw, from Hamburg)
Like · Reply · 1 min · Edited

….The DM story in full An attacker spat into a nine-month-old baby’s face and shouted ‘white people shouldn’t breed’ in a sickening race-hate assault.

Rezzas Abdulla left little Layla-Jean, who was just nine months old and in her pushchair, covered in saliva after the shocking street attack in South Shields last January.

Newcastle Crown Court heard the baby’s mother, hairdresser Rebecca Telford, 25, was out walking with the baby when the 33-year-old attacker approached without warning.

Prosecutor Emma Dowling told the court: ‘He lent into the pushchair and spat into the face of her daughter.

‘As he did so, he shouted or said “white people shouldn’t breed”.’

The court heard that when the baby’s stunned mother confronted Abdulla, he told her to ‘shut the f*** up’ and walked off.

Miss Dowling told the court the spit was ‘sprayed around’ the baby’s face and a shocked passer by gave her a tissue to clean up.

Ms Telford tried to take a photograph of her baby’s attacker as he walked away but was too shaken by what had happened.

Abdulla, who has two previous convictions for race-hate attacks on white women, was later tracked down through CCTV. 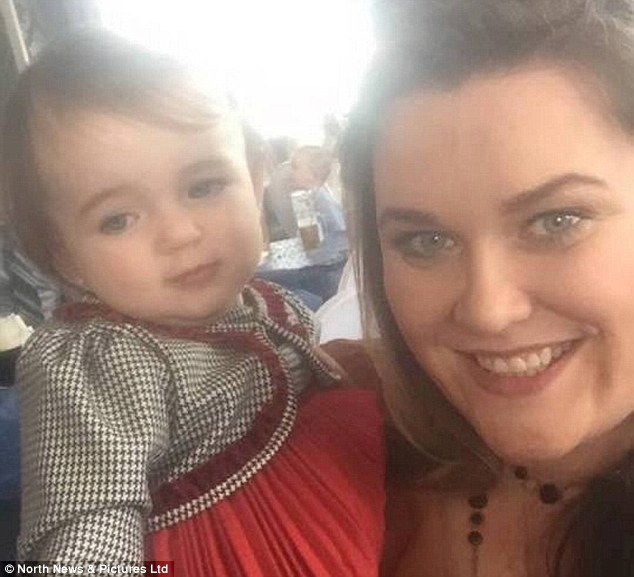 He was convicted of racially aggravated common assault after a trial at South Tyneside Magistrates’ Court, which he did not attend.

In a victim impact statement Rebecca told the police: ‘I am completely disgusted and distressed that a grown man, regardless of race or religion, would spit on a defenceless baby in a completely unprovoked attack.

‘If he had just walked by I would not have even noticed him, there was no eye contact and no words had been exchanged. I had never seen him before.’

The court heard Layla-Jeam, now almost two, was taken to the doctor after the attack for tests.

Ms Telford added: ‘I believe he spat on her purely because we are white, I was a lone female and an easy target.’

Mr Recorder Darren Preston told Abdulla: ‘There is something viscerally horrible and disgusting about spitting at someone, particularly in the face and to do so to a baby was particularly disgusting, let alone to make things even worse when your motivation for doing so is racial hatred.’ 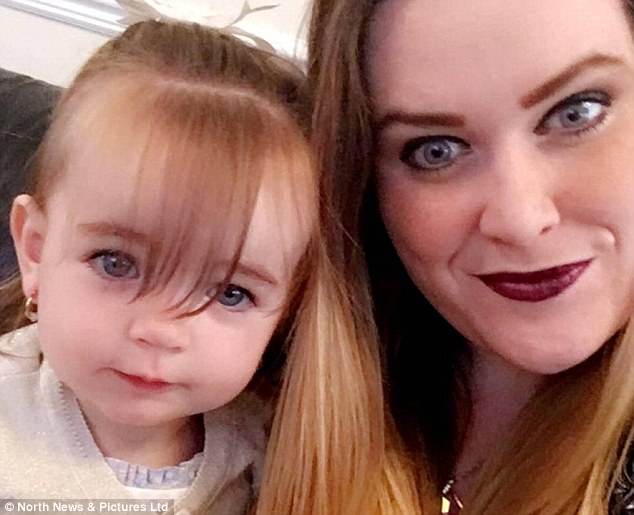 The judge referred to Abdulla’s previous convictions and told him: ‘You have got a problem, it seems to me, with white women.’

The court heard after the attack last January, Abdulla spent time receiving psychiatric treatment in hospital, which has continued after his release into the community.

The judge said Abdulla’s deteriorating mental health at the time of the attack ‘contributed’ towards the offence.

The judge said ‘society in general’ would be better served by Abdulla being allowed to continue his psychiatric treatment programme. 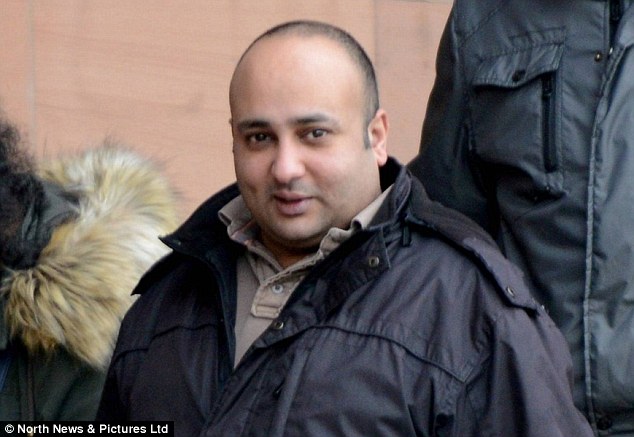 Speaking after the court case today, Ms Telford said: ‘South Shields is really multicultural, and I have never witnessed anything like this before, between any races.

‘It was horrifying. I am glad he has been brought to justice, but I think he has got off lightly.

‘I am not racist at all but I honestly think if it was the other way round and I had been abusive towards him, then I would have been treated differently.

‘Layla Jean was just nine months old. She did not have a clue what was going on, but she was still distressed.’ 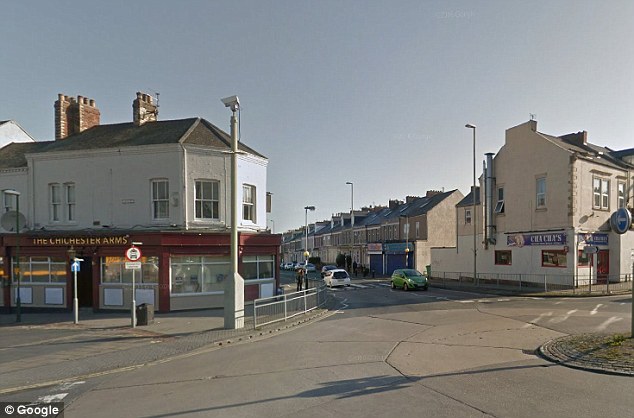 She added: ‘I phoned the doctor and I was told that Layla-Jean might need to have a BCG injection, in case she had contracted TB.

‘Normally kids don’t get vaccinated until they are much older, and it would have been a lot for her to go through.

‘Luckily, it wasn’t necessary in the end, but it put me through a lot of worry and stress.’

‘I wasn’t sure if the police would take what had happened seriously, because it wasn’t physically violent, but they were fantastic, and managed to catch him within a few days.’